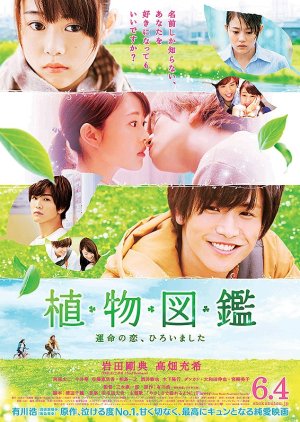 Sayaka works at a office. She's not very good at her job or with love. One night, she finds a man, Itsuki, collapsed in front of her home. She takes him inside and they begin to live together. Itsuki teaches Sayaka about cooking wild herbs and collecting wild herbs, but he has a secret. (Source: AsianWiki) Edit Translation 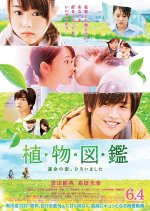 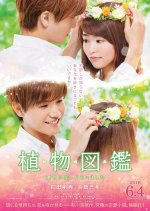 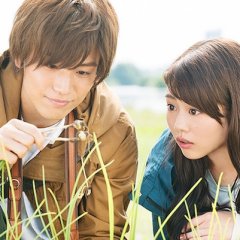 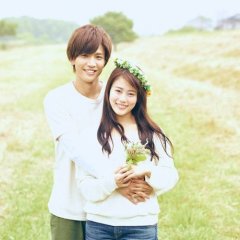 Completed
missripley123
22 people found this review helpful
Other reviews by this user
5
Jul 27, 2016
Completed 5
Overall 9.5
Story 9.0
Acting/Cast 10
Music 10
Rewatch Value 9.0
Finally got to watch this movie yesterday !
the story was very cute and warm <3
I want man like Itsuki to appear suddenly in front of me too ~ but I bet it will be creepy.

so , this movie is worth watching ! you'll also learn about plants too !
Was this review helpful to you?

Completed
RisefromBlackAshes
9 people found this review helpful
Other reviews by this user
0
Jan 7, 2017
Completed 0
Overall 5.5
Story 5.0
Acting/Cast 6.0
Music 7.0
Rewatch Value 5.0
I was so upset when this was released in Japan, and I didn't have the chance to go see it. I'm a huge idol fan and Iwata Takenori is one of my favorites. After seeing him in "HiGH&LOW"; I wanted to see him take on a different role.

This movie story was alright. I'm not going to sugar-coat it and just 'cause Iwata Takenori is in it does not mean it's do all end all. The plot is pretty 'meh', rather typical of most shoujo stories with the side plot of plants and identifying them thrown in to mark it different. My friends remarked on how absolutely ridiculous the basic premise is. If you're looking for realistic, this story is not it. If you're looking for easy watching/not complicated this is for you.

However, it is light hearted and funny at times. Iwata Takenori (Itsuki) is 100% quality eye candy and his character is a perfect match. Takahata Mitsuki (Sayaka) is relatable, and honest, with plenty of faults and positives to make her well balanced. It's unfortunate you don't get to see either character really develop just based on the pacing of story, and the type of acting. The side characters don't see much screen time or development, but they're a solid background foundation rather then a hinderance.

The music overall is okay. Nothing spectacular about it, and at times the timing seems a little off/inappropriate for the mood. Not to the point of being unwatchable, but noticeable.

Again, I love Iwata Takanori. I love Takhata Mitsuki, so for me this movie was a no-brainer to watch. It's not complicated, but it's not boring. If you're looking for something light-hearted to watch without getting teary-eyed this is it. I'd rewatch just to see the eye-smile prince smile again, but it won't be frequently. 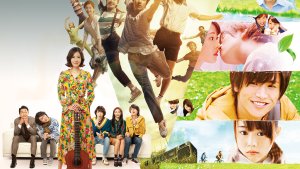