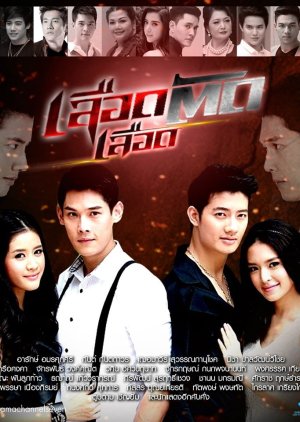 This is the story of 2 men, one a police officer and the other a mafia gang leader. both were switched at birth due to a revenge plan made by the mother of the real Khun Chai Thaecho, who raises her enemy's son to make him kill his own father. What will be the fate of​ these two? Edit Translation 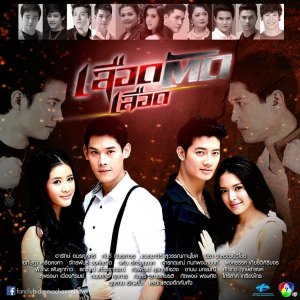 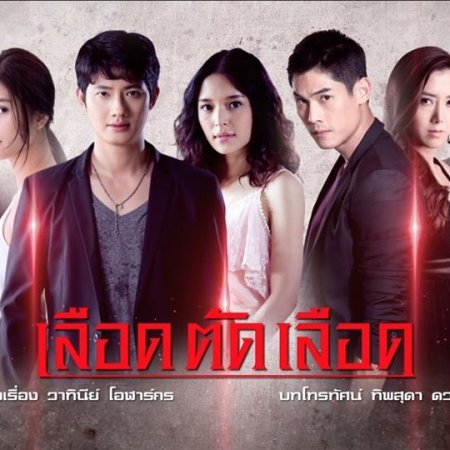 First of all.....a little rant from me.
OMG, this drama was so annoying, while the the first three episode was good, somehow I just gave up when I reached episode 10. I started skipping scenes when I reached episode 10. It was almost like this in every episode, ACTION, ROMANCE, and then ACTION. And also, they killed some of the good characters while leaving the bad guys alive!

Also, another thing, I had high hope that a crazy woman won't appear in this drama. I mean this drama already have so much action, BUT then they add this one crazy woman who is also obsess with power that goes WHY YO TRYING TO SEDUCE MAH MAN! But, what was I expecting, this is a Thai drama, so I guess a crazy woman is common. ¯\(°_o)/¯

Story: 7/10
I felt like the story died a bit in the middle, somehow the story lost it's main focus between the revenge part. It was mostly the two main guy's group shooting each other throughout the episodes. I wonder what happened to the main guy's temptation to kill his rival.

Since there is no synopsis, I'll tell a bit about this drama, in my way :D.
There is this gang called Charuptiki??(something like that) that had conflict with the police, and the head honcho of the gang died, and his wife saw the man (Anon) who killed him. The wife (Nai Wuising) was like I am going to get revenge for my my husband. Also, she was also pregnant. Nai had her baby the same time the Anon's wife had, and also at the same hospital (Coincidence? I think not)

Nai was like, If I am going to get revenge, then I better do this, so she switched her baby with Anon's wife's baby. Her ultimate plan was to make Anon's son kill his own father.
Don't worry, this is basically the main point of Episode 1.

Acting: 8..5
Most of the actors were good, and did the job excellent. I don't know why, but Thai actresses and actors perform really well in their roles.

Characters: 8
I hated Cho (Main Character #1), he became the head honcho of the gang. I started to like Anawin (Main Character #2) better, but until near the end of the drama, I hated him too. Mui (the main girl) was actually pretty good, I liked her character, she really didn't need any development. There are also some other characters like Cho's group: Bupa (Annoying), Anda (*******), and Wayu (Probably one of the few character I liked throughout the drama ). And lastly the other two women: Dao (Favorite character in this drama, also Anawin's sister/Cho's biologically sister) and lastly the crazy annoying woman Venus.

Two of my favorite character were Dao and Wayu, just a brief explanation why they were.
Dao: She's brave and kicks ass! I loved the moment when she slapped and make fool of Venus. Her side of the story was sad, it killed it a bit of me. She's strong, but also fragile at heart.

Wayu: Even though he's part of Cho's gang, he's the one that later knew that he did something wrong. He tries to do many things to redeem himself, but later just turn himself in.

And also, the main reason why I continued watching this drama was because of them both.

Music: 7
There were about 2 songs in this drama. They're not memorable, I mean they are fine, but just not remarkable to me. They may speak out to other people, but to me, the music is pretty bland to me.

I guess, my whole post was more on the negative side, so I'll point out some positives:
Pro:
+Cho loves Mui throughout the whole drama
+Mui is a good female lead
+Dao
+Wayu
+Wayu's and Dao's relationship (I wish there was more!)
+Good acting by everyone

Cons:
-Betrayals
-Annoying misunderstandings. But I guess this wouldn't be Thai drama, if there wasn't misunderstanding.
-Annoying crazy woman
-So much killing -.- (There was so many gunshots and killing, this is my first time seeing so many deaths and people dying in a drama)
-Cho's mom, not his real mom
-I HATED when Cho keeps grabbing Mui's arm, I felt like her arm was going to tear off ¬_¬
-OKAY, I just have to point out this one particular scene, the part when Cho and Dao ALMOST kissed. DUDE, they are siblings, what was the writer thinking??! And that one scene when they almost got married to each other before Dao stopped the marriage. I was just like what the heck is the writer thinking? Incest?(¬_¬)
-Story somehow shifted from trying to kill Anon to the conflict between the Elite Eagle Squad (The top police group) v.s. the Charuptiki.

If you're looking for a Revenge/Action with Thai story element in it, then I guess this would be the one for you. BE WARNED THOUGH, you may get frustrated at some point of the story.

Rewatch Value: 5
NO, I would never watch this drama again! If I have to, then I would only was a video of my two favorite characters.

AND lastly, I wanna say thank you to the subbers for doing a fantastic job for subbing this drama, without them, I would have not watched this drama.

Was this review helpful to you?
Completed
Daisey Star
1 people found this review helpful
Other reviews by this user
0
Oct 12, 2016
15 of 15 episodes seen
Completed 0
Overall 8.5
Story 9.0
Acting/Cast 8.0
Music 9.5
Rewatch Value 5.5
this is the thia drama that got me sad , made my heart cry but i still did not left it i watched it till end i would say i liked the drama there were some faults
THINGS I DID NOT LIKE
1.too much violence there was so much killing that it is my first time seeing this much killing and shooting
2.they prolonged some scenes that were not much interesting were boring
3.gave less time to main character mother and child love
4. i pity the main character cho as he was the one at lost always i felt bad for his character a lot
5.well i hated the main evil character in the drama cho fake mother she was so evil
6.the blood follow blood in this drama it showed how good your up bringing is it does not matter if your blood is dirty and how much your upbringing is bad it does not make you bad if your blood is good

THINGS I LIKED
1. i loved the romance between cho and mui
2.the story was good as well
3.dao and wayu relationship was so good as well just if they cleared that he should have not arrested as it was not his fault that the shooting occurred and killed her fiance
4. at least the end was happy so i am happy
5.the first motorcycle bike kiss was so unique never seen a scene like that
6.i liked how he forced her and how she resisted it all made everything great