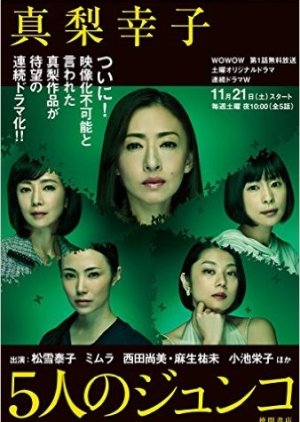 Satake Junko has been arrested as the main suspect in the serial killing of 5 men. The news is making sensational headlines in variety and talk shows too. Tanabe Junko is a journalist who starts investigating into the murders, with the hope of getting a scoop out of it. She contacted Shinoda Junko, an ex-middle high school classmate of Satake, who claims to be buddies with her. Shinoda invited Tanabe to come up to her office for a chat. Meanwhile, having seen Tanabe on TV, Fukutome Junko, an ex-colleague of hers, called her up and invited her to her home. Tanabe paid her a visit, thinking she has a lead on the case, but instead, Fukutome, now a housewife, just keeps talking about her problem with the hierarchy within her company housing complex. Then one day, a man calls her, claiming that he may have been an intended victim of Satake. A man who is the son of another woman named Junko... So all these women of different circumstances, who have nothing to do with the cases – find themselves at the mercy of the first name they share “Junko”. Before long, they start to get embroiled in a torrent of malice. ~~ Adapted from the novel "5-nin no Junko" by Mari Yukiko. Edit Translation 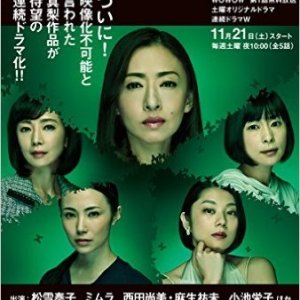