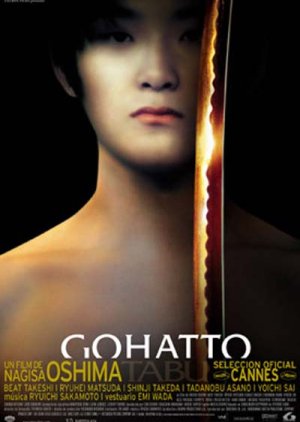 Set during Japan's Shogun era, this film looks at life in a samurai compound where young warriors are trained in swordfighting. A number of interpersonal conflicts are brewing in the training room, all centering around a handsome young samurai named Kano Sozaburo. The school's stern master can choose to intervene, or to let Kano decide his own path. Edit Translation 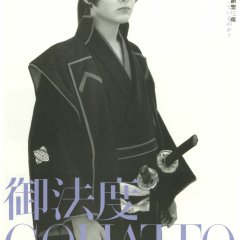 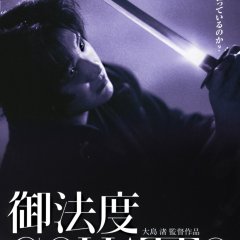 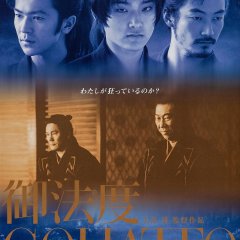 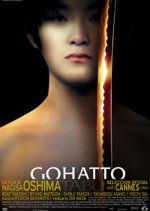 Completed
Doki
17 people found this review helpful
Other reviews by this user
0
Mar 5, 2013
Completed 0
Overall 6.0
Story 6.0
Acting/Cast 6.0
Music 4.0
Rewatch Value 5.0
I'm going to start this review with a sort of disclaimer, and that is that a lot of my "problems" with this film are arguably just artistic nuances that don't align with my personal tastes.

In terms of historical accuracy, Gohatto is right on the money for everything except the subject it's primarily dealing with.
In a way, it's modern-minded characters in a historical setting.
I won't give an entire Japanese history lesson here, but homosexuality was not fraught over as it is in the movie. For example, there is a lot of concern in the movie over who "swings that way" and who doesn't. In reality, shudo was considered a higher form of bonding and there was extremely little concern over who participated in such acts and who didn't. It's also important to note that sexuality was much less... fixed. It was not seen as such a solid concept as it is today.
Again, this could arguably be the intention of the director, handling a modern issue on a different platform.
Historical accuracy has never been huge for me, though. I do feel it's important to understand if something is or isn't.

A lot of this movie is left open to interpretation. If this is a big pet peeve of yours, I don't recommend this movie.
While artistically I understand why so many questions were left hanging in the air, a big part of me still wouldn't mind some filling in of the blanks.

Something I didn't hugely care for was that large chunks of time were "skipped over", explanations of what has occurred given textually. I just felt it didn't work for this film.

I do want to give due credit to the costume and set designs which were excellent. The swordsmanship was also well choreographed.
The music, on the other hand, just wasn't noteworthy.

The acting just didn't stand out to me. I felt the actors did their job and they did it well, but it wasn't anything more than that. It's difficult to tell if that is a reflection of their skills or a director's decision; I'm leaning towards the latter.

As a last little peeve, most of the actors keep a relatively flat affect the entire movie, especially Kano. While this can be chalked up to how samurai actually behaved at the time, my problem with it in this instance is that because so much of the plot is left up to how you interpret it, I was hoping for emotional cues to lead me in the right direction. So yes, I think the director made the right choice, but the selfish part of me wants to know what the characters actually felt.

I personally felt this movie was more about the corruption that goes with desire rather than homosexuality. Nonetheless, the director does a good job of presenting the issue in an interesting and relatively unique way.

Overall, it wasn't my favorite, but I do think Gohatto is worth watching.

Note: There's truly no sexually explicit scenes in this movie. There's only one that's even questionable. I do advise anyone who is squeamish of gore to proceed with caution, though.

Completed
Chocobana
9 people found this review helpful
Other reviews by this user
0
Aug 2, 2014
Completed 0
Overall 5.0
Story 3.5
Acting/Cast 7.0
Music 4.0
Rewatch Value 3.0
I think most people are looking at the movie from a single perspective. Who loved whom was never really the issue; the movie is overflowing with modernistic themes (as many have already noted) and self-criticism is at the focus of the story.

One of the most noticeable indicators is how the Shinsen-gumi uniforms were completely off, as the Shinsen militia was famously known for their white-and-blue uniforms. Thus not including them in the movie was no mistake on the director's part. Another indicator is how we never really find out much about Kano's motives or his past and how inconclusive the ending is.

In fact, the whole movie is up for interpretation and not even watching it twice (which I did) would enable the audience to fully make sense of the events that happen throughout. In that sense, the movie tries too hard to be artistic or to transcend the setting and the time period into more abstract ideas and criticism pertaining to the modern Japanese society. What results is a messy string of scenes with characters we do not understand but somehow serve the director, Oshima's, overarching purpose.

The events could have been set in modern Japan for all we care and the story would have retained its flavor and may have even fared better (since the characters tote some very modern concepts of sexuality). That kind of flexibility is not necessarily so bad when the director is trying to get a certain message across, but the problem is when the characters are so simply caricatured.

In the end, I'm left with more questions than answers and I have no idea what I just watched. Is it art, a daring work that tackles eroticism? Is it a criticism of taboos (especially of the homosexual variety)? I don't know what 'Gohatto' is and I only have an inkling of an idea as to what it was supposed to stand for. Apparently, Oshima is no beginner when it comes to expressing what is, by society norms, considered taboo. Perhaps 'Gohatto' was yet another exploration of that taboo, which proved to be his last.

Back in December 1999, 'Gohatto' was a complete commercial success, but I wonder how many of the millions that flocked to see it left the cinema theaters with at least a basic understanding of what they've just seen.

New Topic
Be the first to create a discussion for Taboo