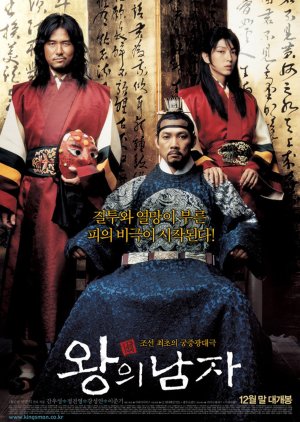 At the height of the 16th-century Chosun Dynasty, a pair of rural male actors - boisterous, macho Jang Seng and quiet, feminine Gong Gil - travels to Seoul and team up with a struggling acting troupe. When their irreverent show, complete with enough bawdy humor and gender-bending to make a contemporary audience blush, mocks the famously hedonistic king, they get more than they bargained for. After being promptly arrested, they're given a chance to spare themselves if they can make the king laugh. To everyone's surprise, the ecstatic monarch loves the show and names the actors official court jesters, giving them more extravagant food and shelter than they'd ever imagined. But the king's attentiveness to Gong Gil makes it quickly apparent that humour isn't the only thing motivating his generosity. The king's mistress, the country's ministers and Jang Seng soon grow suspicious, and jealousy and anger spring from all sides. Edit Translation 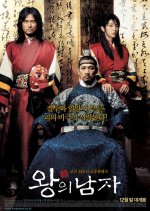 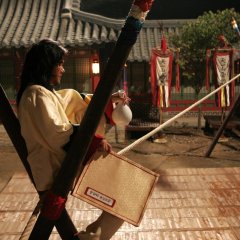 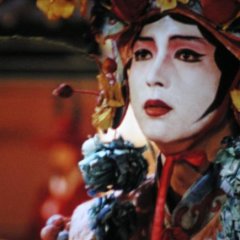 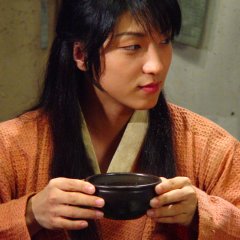 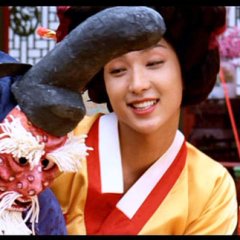 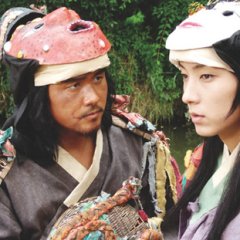 Completed
JunKi-fan
38 people found this review helpful
Other reviews by this user
4
Oct 26, 2012
Completed 4
Overall 9.0
Story 9.0
Acting/Cast 9.0
Music 7.0
Rewatch Value 6.0
The film which catapulted little known Lee Jun Ki into instant stardom all over Asia. Yes I admit quite candidly that I watched this movie for my recently found Jun Ki mania but I'm going to remember this movie for the masterpiece it is rather than just a random K-movie featuring LJK. The controversy regarding the racy humor used throughout the movie notwithstanding, the movie is a fine portrayal of love, friendship and betrayal. It is heart-warming to see the effeminate Gong Gil and the heroic Jang Seng's relationship, which was most certainly much more than just friendship. At the height of utter despair and chaos in their lives, when they flee from the countryside in the hopes of a better life in Seoul, the way they act out the parts of two blind men in the middle of nowhere is a treat to watch. That is perhaps the most poignant scene from the film barring the one at the very end. There's a puzzle in the title of the movie since it leaves you in doubt about who the real king is. In my opinion it's Jang Seng rather than the tyrannical, literal king since he desires to be a commoner even in his next life and chooses the right to live on his own terms rather than living a life of luxury whose terms will be dictated by others. He is the real king of the movie.
The actors have portrayed their parts to perfection. Jeong Jin Yeong has done especially well in conveying the inner turmoil the King suffered from, his eccentricities and frequent displays of mindless cruelty. Excellent acting by Kam Woo Sung as well. And last but not the least, LJK proves in this movie that he IS after all an actor and not just a great looker. I think it will be hard for even a straight guy to resist his charms after watching this movie.

Completed
rad_lisette
22 people found this review helpful
Other reviews by this user
2
Sep 26, 2012
Completed 2
Overall 8.0
Story 8.0
Acting/Cast 8.0
Music 6.0
Rewatch Value 7.0
I finally watched this film after hearing all this hype and hullabaloo about it from my friends. I had the impression that this would be romantic or sensual ... but by the end of the film, I realized that to me, this film was about a deep friendship.

The plot was interesting. It showed how minstrels exposed tyranny through the shows that they performed. And the shows were hilarious and bawdy and fun and campy.

My favorite moment in the film was when Gong Gil and Captain act out as two blind beggars and end up hugging on a hill top. What a beautiful moment. What chemistry. The cinematography in the film was amazing, by the way. The movie could have used more cheerful and fun interactions between these two main characters.

By the end, however, I got impatient. Maybe I could tell what was going to happen next and I was bored. I don't know. The end of the movie lost its steam.

Lee Jun Ki is so pretty... it's that great skin and his sensitive eyes. But he really was quite convincing as the fragile Gong -gil who amazingly has a lot of inner strength. It was interesting to watch the lovely Jun Ki sashay around.

Gam Woo Sung is a great actor, this I knew after watching him in the drama Alone In Love. He was really believable as the Captain. And his loyalty to Gong Gil is so touching.

And the King was in a class of his own with his psychotic behavior. Jung Jin Yeong never disappoints me.

Honestly, I don't remember the soundtrack to this movie. 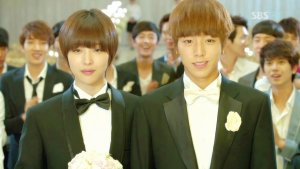