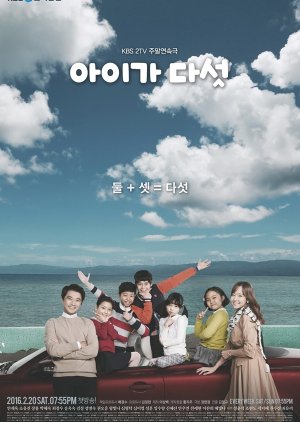 After losing his wife five years ago, Lee Sang Ta is left with his two children. Since that time, he lives with his two kids and parents-in-law, who treat him like their own son. He works as a marketing team leader for a fashion brand and never expects to find someone who will make his heart beat again. Ahn Mi Jeong works as an assistant manager at the same fashion company. 3 years ago, her husband had an affair with her friend and left her. She couldn't tell her 3 children the truth about their father and lied that he went to work in America. To this day, the children still believe that their father is in America. She has numbed herself from the struggles of raising her children alone while working. As these two begin to find love again, a tempest is brewing as three sets of in-laws and five children learn to become one family. Edit Translation 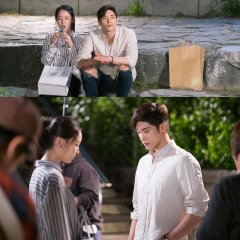 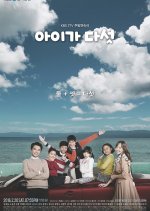 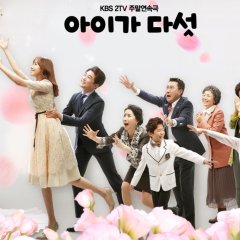 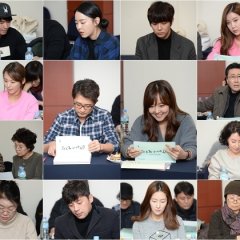 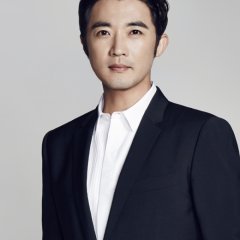 Completed
palak
52 people found this review helpful
Other reviews by this user
0
Aug 21, 2016
54 of 54 episodes seen
Completed 0
Overall 10
Story 10
Acting/Cast 10
Music 10
Rewatch Value 10
Five Enough is a heart-warming story a divorcee mother of three and a widowed father of two coming together and becoming one big, happy family. This is exactly what drew me to watch this drama even though I was unfamiliar with the cast.

50+ episode dramas can be extremely tricky. Sometimes they are so bad that you lose your faith in dramas and vow to never watch another 50 episodes drama again. But sometimes they are so brilliant, your faith is restored completely in one stroke. Thankfully, Five Children falls in the second category. The story was brilliant and there were no dull moments at all. The main leads had a wonderful story and all the characters surrounding them had their own great sub-plot. The female lead was badass and the male lead was the touch of kindness she needed in her life. They were perfect for each other!

Sang Min was definitely the highlight of the show and his romance with Yoon Tae was the cutest. Sang Min reminded a bit of Tae Joo from What Happens To My Family. He was so funny and both of them were so adorable.

Tae Min and Jin Joo started off as a little annoying (especially Jin Joo) but they became really adorable in the end. Jin Joo had the most character development, in my opinion. She started as a spoiled brat and became a responsible adult in the end. I think she won a lot of hearts. And their relationship was really interesting to watch in the last 10 episodes or so.

The rest of the cast was equally great! Sang Tae's In-laws were annoying and overbearing at times but they were also one of the most interesting characters in the show. They cared a lot and had their own (crazy) way to show it. Sang Tae's parents were complete opposite of the in-laws. They were sweet, caring and gentle people. The father was so supportive and wise; he was awesome! Sang Tae's brother was handsome but such a swindler in the beginning. His character got better halfway through and he didn't lose his funnyman act anywhere. Soon Young was a sweet presence in the show and a key character to bring more excitement.

Mi Jung's grandma was a force to be reckoned with. Loved that strong lady! Mi Jung's ex husband and his wife and mother-in-law were annoying at one hand but on the other hand, the wife seemed like such a harmless airhead, you just feel like "Whatever, let everyone be happy". Her mom seemed like an evil lady but you realize how human she is. Imagine if your daughter bringing a married man home and declaring she cannot live without him. She was prepared to be cursed and be strong for her daughter. I think I liked the mom more than the airhead wife.

All the children were a delight to watch! In fact, the whole time you feel excited about the kids moving in together (one day) and being one big squad of siblings. I had my moments where I liked all kids. But if I have to think about it, Woo Young was my favorite kid. He was so caring and protective of his mother and sisters. He helped out and looked out for his mom. He was too mature for his age. Loved that kid! Woo Ri was a brilliant actress. Woo Joo was adorable! Soo and Bin were immature at times but I grew fond of them too at some point.

The OST was awesome. I have it in my phone. It was bubbly and catchy and soothing all at once.

I can't imagine rewatching this right now because of it's length but it is highly rewatchable. I will probably get down to watching it again a few years down the lane.

Overall, it was wonderful and would highly recommend it even if you are wary of weekend family dramas. It doesn't have any makjang and it's low on excessive melodrama. It's a nice family drama, almost has a slight slice-of-life feel to it.

Completed
Dieu
8 people found this review helpful
Other reviews by this user
1
Aug 24, 2016
54 of 54 episodes seen
Completed 1
Overall 9.5
Story 9.5
Acting/Cast 9.5
Music 9.0
Rewatch Value 8.0
Story
I really liked the story you will think 54 episodes are a lot but it really isn't i really liked if there were more episodes. There was a great love/family story i cried and smiled watching this i really recommend to watch this drama you will not be disappointed.

Cast
The cast was great i liked everyone especially the 2 older brothers from Lee Yun Tae and i loved her with Kim Sang min.

Overal
Really great family drama about having laws and a lot more. 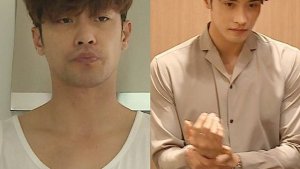 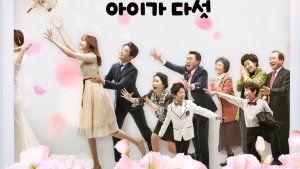