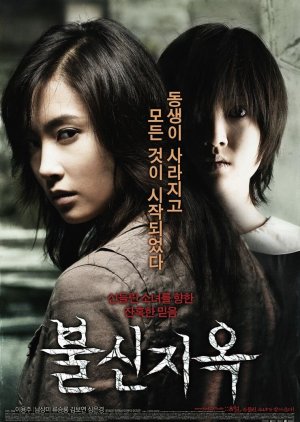 Completed
Melodious
0 people found this review helpful
Other reviews by this user
0
Oct 5, 2016
Completed 0
Overall 5.0
Story 1.0
Acting/Cast 7.0
Music 4.5
Rewatch Value 1.0
I really like horror movies; I don't know why, but I do.
But what I don't like, is a horror film with little to no real plot.

While this movie did seem interesting at first, it became very boring very quickly. The problem of this movie, was that there were too many plot holes and no real explainable plot. It was all sort of muddled and confusing.

I don't mind if a movie leaves a few loose ends for the person watching to determine and make up their own idea (like at the very last rooftop scene) but when in every corner there's an unanswered question, you start to become more frustrated with the situation than the characters of the movie.

Unless there is some symbolism I don't understand because the differing cultures of Korea and America, this film was very random and just not a very worthwhile watch in my opinion.