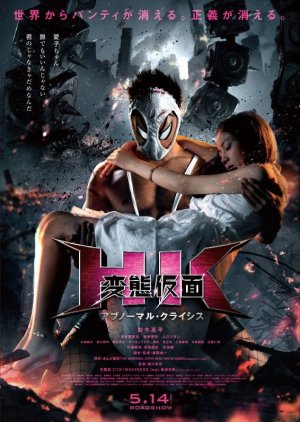 News about the disappearance of panties is covered every day. Kyosuke still wears Aiko’s panties to battle evil. Meanwhile, Aiko has mixed emotions and decides to get her panties back from Kyosuke. Kyosuke suffers from the loss of Aiko's panties and disappears. The biggest enemy yet appears in front of Kyosuke. Edit Translation 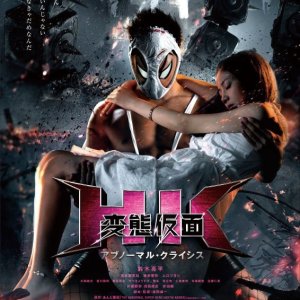 Completed
IkenaiTaiyou
1 people found this review helpful
Other reviews by this user
0
Oct 28, 2017
Completed 0
Overall 8.0
Story 10
Acting/Cast 8.0
Music 10
Rewatch Value 9.0
Why has nobody written a review about this awesome movie? I guess it's up to me to write super awesome perverted review full of ecstasy.  :^) And it pains me to see how many views the movie has. Okay, up to the actual review, probably.

The story revolves around this guy who fights evil while wearing used panties that give him powers. It's just a generic shounen like movie. The main guy is the hero, he has to fight a villain to save his loved one.  While watching it I felt like I was looking a mix of Spiderman, Naruto and *insert any shounen anime here*. While the story isn't really perfect or unusual, well the visuals are. I think they did a pretty good job, though there were scenes that could look more awesome. And the best thing in the movie is of course our perverted hero, Hentai Kamen. He's wearing nothing more than half of the screen time and those close-ups are something too and his smooth skin, his actor really did a great job for sticking up with it, even with the second movie. Another jewel is the humour and those dumb ass situations. When I first encountered japanese comedy (mostly anime and then this), I had to admit that they have a pretty unusual sense of humour, it's quite unique and not everybody can like it. For me, thankfully, I strated to like it and all credits go to a certain anime that is mostly comedy with a lot of nonsense. Hentai Kamen is a perfect example of japanese comedy style with a touch of well, perversion I guess. The whole story is revolving around how much of a pervert he is and how can he use this powers to help save Japan.

For the acting. The actors did a pretty good job. As I said before, all the respect for the main actor because he was just amazing. From potraying normal college student to the pervert of justice with his weird movements and poses. From my experience (I haven't watched many movies and dramas) japanese acting, especially with movies that are adapted from anime or manga, can sometimes get overboard. This wasn't an exception. I do understand the need to create the movie very similar to manga, but the way they spoke and acted sometimes put me off. It would most certanily fit into anime, but you're in a movie, dude. Not to blame them though, they did a pretty good job. All of them.

What I really liked about the both movies is the music. Firstly I am thankful I decided to watch the first movie. Because if I didn't I wouldn't have find an amazing japanese band that is now one of my favourites. And secondly the music fit the movie, from the soundtrack to the ending song. I'm not saying they created some really outstanding music but they made a good choice for creating a soundtrack that goes together so good with the movie.

New Topic
Be the first to create a discussion for HK: Forbidden Super Hero The Abnormal Crisis 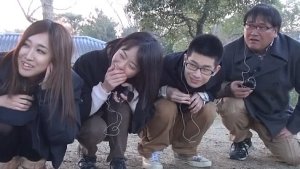 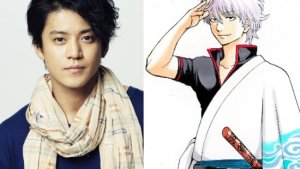