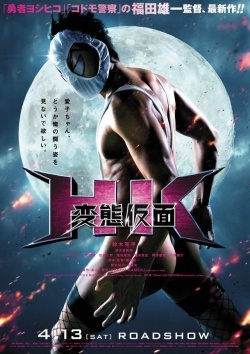 High school student Kyosuke Shikijo (Ryohei Suzuki) is the most talented member of the school's martial arts of the fist club. His late father was detective and Kyosuke share his father's strong sense of justice. Kyosuke also has a secret. Kyosuke likes to wear female underwear and transforms himself into the alter ego "Pervert Mask," wearing female underwear and gaining superhuman powers. This unusual interest also comes from his parents, with his father a masochist and his mother a sadist. By chance, Kyosuke gets the underwear of female high school student Aiko Himeno's (Fumika Shimizu). With her underwear, he gains various pervert techniques and attempts to protect Aiko from a dirty and heinous teacher (Ken Yasuda). [via: AsianWiki] Edit Translation 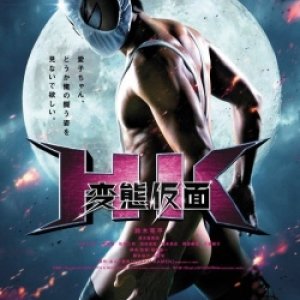 Completed
Panda-san
19 people found this review helpful
Other reviews by this user
0
Aug 6, 2013
Completed 0
Overall 7.0
Story 6.0
Acting/Cast 8.0
Music 8.0
Rewatch Value 6.0
I'm quite surprised this movie wasn't already included in the database. Anyway, on to the review.

The cast is full of actors and actresses any prominent viewer of Japanese dramas will recognize. The main character is played by Suzuki Ryohei, who you may have seen in Hana Kimi and Mei-chan no Shitsuji, among many other dramas. The supporting cast is filled with many other familiar faces as well playing completely different than their usual drama fare. Despite the ridiculousness of the movie, I must say the actors did a great job portraying the roles. The villains in the movie are equivalent to those you see in campy superhero or horror movies; you can't take them seriously but they are convincing as the bad guys at the same time.

As far as the plot of the movie goes, it's typical fare. The superhero movie influence is heavy in this one as seen in the various Spiderman influenced scenes. One scene you will recognize straight from one of the Spiderman movies; Hentai Kamen's mask along with his techniques and movements have a prominent Spiderman influence as well. It follows the basic formula of boy loses parent(s), boy gets bullied in school, boy discovers girl he likes, boy must save girl and discovers new powers while doing so, boy becomes a crime fighting vigilante...you get the drift. While the plot is nothing original or amazing, the entertaining factor lies in how it is carried out. Despite the plot and premise, the movie takes itself very seriously. It could have easily went into the typical over-the-top humor category, but it remains at best a B grade superhero movie, which I think suited it perfectly.

However, the ending pretty much ruined what was otherwise an entertaining movie. The ending contains one of the most hated plot devices ever seen on screen. When you see it, you will know what I mean. It was completely unnecessary in my opinion, but I won't let it affect the score I am giving it too much.

You're obviously not going to be getting Oscar-worthy cinema here, but this movie is none the less entertaining for what's it's worth. I'd definitely recommend anyone who likes campy and absurd movies to give this one a watch.

Completed
Daisuke
1 people found this review helpful
Other reviews by this user
0
Nov 7, 2016
Completed 0
Overall 6.0
Story 6.0
Acting/Cast 7.0
Music 6.0
Rewatch Value 5.0
Comedy kink. Nice idea….but daft. Starts well but loses momentum and interest about half way through. Not sure which is the more kinky….guys with panties over their faces or guys running around in schoolboy uniforms???
Was this review helpful to you?

New Topic
Be the first to create a discussion for HK: Forbidden Superhero 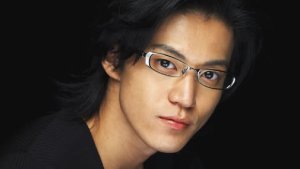 A Stalker's Guide to Oguri Shun