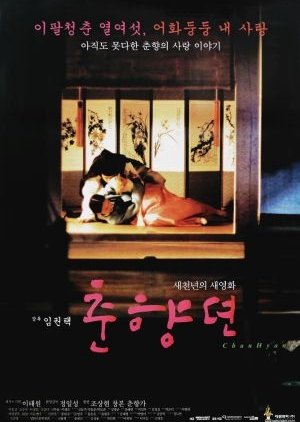 Chun Hyang is set on the eve of the 18th century in Korea's Joseon Dynasty. Mong Ryong is the studious 16-year-old son of a Governor who, as the film opens, is about to go away for several years to take exams to become a state official. Before he buckles down, Mong Ryong does a bit of sightseeing with his servant, Pang Ja. One day, he lays eyes on a beautiful girl named Chun Hyang and falls in love with her, despite the differences in their social status (she's the daughter of a gisaeng). Mong Ryong promises to marry Chun Hyang, as soon as he returns from his exams. She agrees to wait, but, in the meantime, a new Governor has taken control of the province. He hears of Chun Hyang he tries to make the young woman his mistress. She refuses and is badly beaten and given the death sentence. Edit Translation 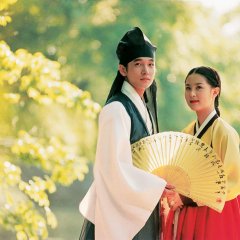 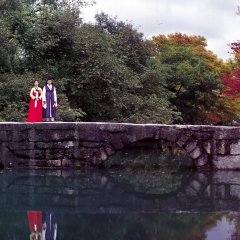 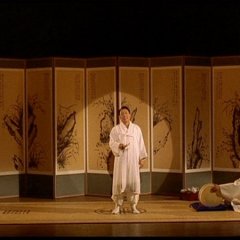 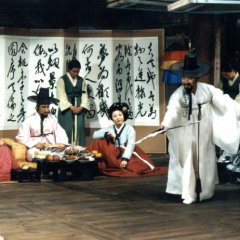 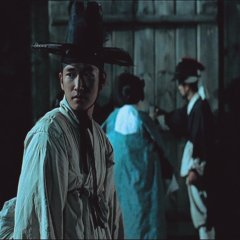 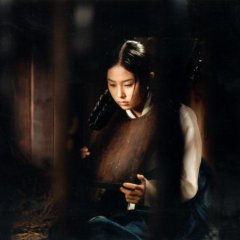 Completed
pattyrn4
9 people found this review helpful
Other reviews by this user
0
Apr 14, 2014
Completed 0
Overall 10
Story 10
Acting/Cast 10
Music 9.0
Rewatch Value 10
Chunhyang is a movie that can be rewatched and with each viewing there is a deeper appreciation. The love is so genuine between the nobleman and the courtesan's daughter that you feel heartbreak at their separation. When their love is put to the test, you will be moved by their devotion to one another.
Much of the narrative is sung. but do not be put off by this presentation. It will grow on you. The ending is superb and worth the wait.
Was this review helpful to you?

Completed
PrettyCarEye
21 people found this review helpful
Other reviews by this user
0
Dec 30, 2012
Completed 0
Overall 10
Story 10
Acting/Cast 9.0
Music 9.0
Rewatch Value 10
The Story of Chunhyang is one of Korea's best known folk tales. It tells the love story of a beautiful Courtesan's daughter & the nobleman who falls in love with her.

The story has been dramatized many times on film. Besides this version, released in 2000 by director Im Kwon-taek, there was also a retelling of the story in the 2008 film, The Servant. Another version from 1968 exists. It stars one of South Korea's most well-known veteran actors, Shin Seong-il.

In the Story of Chunhyang as depicted by this film, the young nobleman, a scholar, takes an interest in the beautiful daughter of a courtesan at first sight. As custom dictates that a courtesan's daughter is also a courtesan the young master orders his servant to fetch the girl, thinking she'll be an easy lay. To his amazement she rebuffs his advances & reveals she’s no light skirt, but a scholar herself, gifted in art and poetry. This makes him fall for her even more and so begins their story.

And a beautiful, simple, upbeat story of love it was. I enjoyed every minute of it. The characters featured in this film are younger than those featured in The Servant (2008) & Chunhyang (1968). And ahh, the wonders of young love, new love. I never get tired of it. Never.

The film turned out to be so unlike what I expected. I had no prior knowledge of the folk tale so I thought this was going to be tragic & indeed there is this Romeo & Juliet feel to it, but that’s about where the comparison ends.

The acting was reasonably well done considering this was the acting debut of both leads, and the chemistry between these two love birds was sizzling. They made a very cute couple. I could watch them frolic & dilly-dally around all day. Female viewers can look forward to serious eye candy in the form of Cho Seung Woo. Though he's really young in this movie (around 19 I think) the guy is a distraction, perhaps THE most photogenic South Korean actor I've ever come across. You know who's gonna be stalking him from now on... LOL

Strong themes of duty, everlasting love and loyalty make up The Story of Chunhyang, as well as class differences and the role of women in pre-modern Korean society. It was all quite fascinating to watch. I felt like I gained a deeper insight of Korean culture & history.

But more than anything else I'm giving this movie high scores of 10 because this is what I consider a filmmaker's film – where a good balance of both creative & technical excellence was achieved to create something artistic & unique. I don't know if I'd go as far as to say it's a masterpiece, but there's a strong sense of the director's voice here. And I liked that voice. It was captivating. It pulled me in, made me smile, made me wonder what would happen next. The story is told with traditional linear narrative, but with an unconventional twist. I suspect audiences who are not appreciative of movies as an art might find this a bit off-putting simply because it is different & not what they might be used to.

Personally, I think director Im Kwon-taek deserves props for this unexpected, but refreshingly original unveiling of the story. I won't reveal exactly how or what was done, except to say you've probably never seen a movie narrated quite like this in a long time, if ever at all.

The OST is a wonderful mash-up of old Korea sounds that were always beautifully matched with interesting, pleasing to the eye pictures.

I thought it was pretty well done.

New Topic
Be the first to create a discussion for Chunhyang