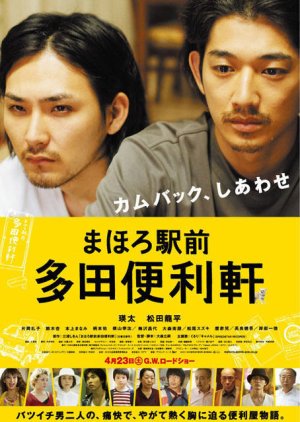 In the fictional Tokyo suburb of Mahoro, Tada Keisuke works as a "benriya" - a general problem solver for hire. One day in January, former classmate Gyoten Haruhiko appears unannounced. Back in their schooldays Haruhiko was a quiet person who rarely talked. Now, Haruhiko is talkative. Both men are over 30 years old and divorced. Without giving an explanation, Haruhiko suddenly asks to spend the night at Keisuke's home. Keisuke turns down Haruhiko, but Haruhiko is persistent and finally Keisuke allows him to sleep over for one night. What Keisuke is unaware of is that Haruhiko plans to stay for more than one night. Eventually, Keisuke accepts Haruhiko as his assistant and they become involved in various cases involving an assortment of people from different walks of life. Edit Translation 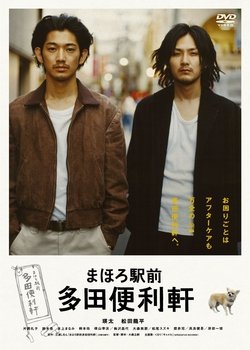 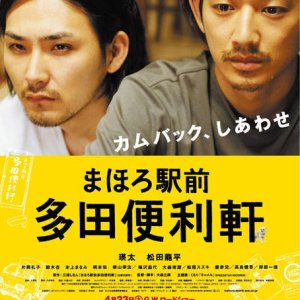 Completed
Lhuna-chan
4 people found this review helpful
Other reviews by this user
0
Mar 3, 2015
Completed 0
Overall 8.5
Story 8.0
Acting/Cast 10
Music 8.0
Rewatch Value 7.0
*This review is written from a point of view of somebody who watched the drama first*

It is heavy, but it has the wit. It is gloomy but it doesn't overwhelm, to say in short.

The story is pretty much what can be expected when it revolves around benriya, this specific job brings some troubling individuals into the picture, as much must be expected when you plan to turn it on.
As the movie show the beginnings of collaboration between the two leads there is as much private issues explained as typical, for benriya, story line. The movie is unusually even when it comes to the tempo, but not as when it comes to emotions. However well written, it is in itself not as captivating as the drama as well as not as captivating with the drama.

Cast: One could prise both mains as long as the movie goes on and many hours after. The characters reveal all the issues so amazingly fixedly, there there is no space for it to be acted better. The differences between Gyouten and Tada are definitely one of the most captivating things here.
Still it would be unfair not to mention the supporting cast: there is no single act that would ruin this issue, it might be easily one of the best fitted cast.

Music is as good as it is required, however noticeable it never goes to the first picture what makes it less melodramatical, as well as not as dynamic as it would have potential to.

Some might find it slow, nevertheless there are movies that need to be, it's better than when it was rushed. Anyway, there's lots of space for reflection as well as for laugh, which makes it unusual, perhaps slightly differently that the drama is.

Completed
Erin
0 people found this review helpful
Other reviews by this user
0
May 16, 2019
Completed 0
Overall 10
Story 10
Acting/Cast 10
Music 10
Rewatch Value 10
Once again Eita and Matsuda Ryuhei do not disappoint! This movie was a little farfetched but that is what made it amazing; the outlandish characters, ridiculous storyline, thrilling plot twists... Definitely not a movie to miss.

It all seemed to follow different directions every now and again, but I was never actually lost throughout the whole story. I guess that's the wonder of movies; everything once jumbled up in a mess finally comes together in the end. This is a very interesting story; each character has their own outstanding personality and it seems that even though the focus was on Eita and Matsuda Ryuhei, they didn't seem like the typical "main character" stereotypes... to me, it seemed like everyone they came in to contact with was a "main character", and they each had their own story to tell.

The camera work was wonderful, it sometimes made me feel like I was following them personally, instead of behind a screen. This is a good movie to start my day off with, I'm glad I watched! 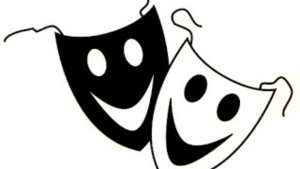