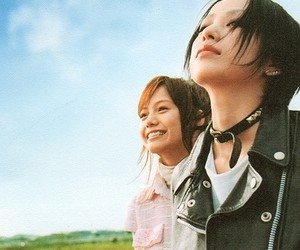 I decided I'd put some introduction. What am I doing here: I happened to learn Japanese, so I though that watching stuff will help me some and I drowned in this world.

Why not Korean/ other Asian: I'm not series fan in general, plus I lack time and interest, sorry ;)

Started with: Nanas - I watched one and had to watch another next day and thanks to that failed a test.... it was worth it (this very one time)

First Drama: Stand up! (Due to crush on Narimiya Hiroki)

Often go back to

Genre: rather piece of life, not: comedy/romance (had some guilty pleasures but rather try to stay away)