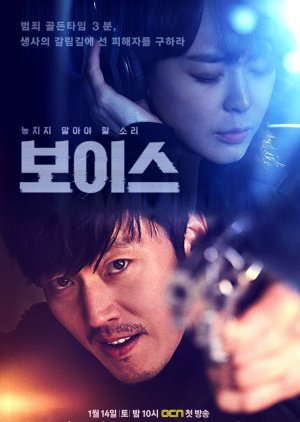 Popular detective Moo Jin Hyuk who is filled with guilt for his wife’s death, works with professional voice profiler Kang Kwon Joo, whose father is killed, to solve a different crime, chasing for the serial killer responsible for the deaths of their family members. (Source: tvN Asia) Edit Translation 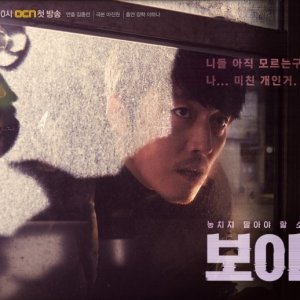 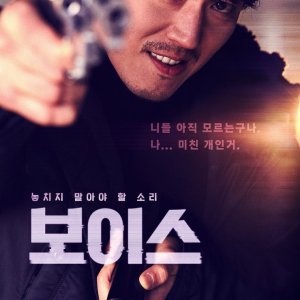 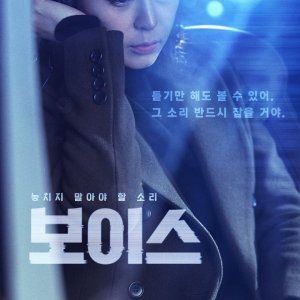 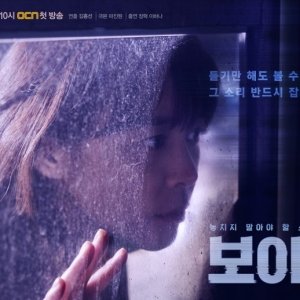 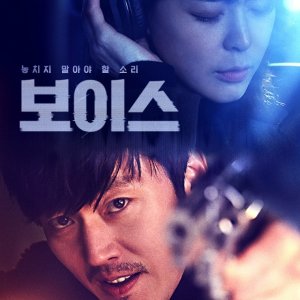 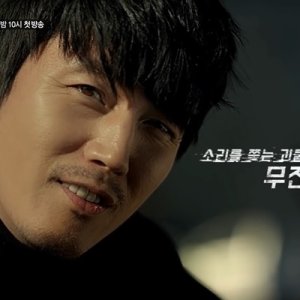 Completed
Charming92
60 people found this review helpful
Other reviews by this user
6
Mar 12, 2017
16 of 16 episodes seen
Completed 6
Overall 9.5
Story 9.5
Acting/Cast 9.5
Music 9.0
Rewatch Value 8.0
Voice got a lot of mixed reactions, ranging from perfection to utter garbage. Being a crime drama hater as well as a viewer who consciously avoids OCN shows, I’m more than surprised to belong in the former category. Voice was a splendid crime thriller and for me, the best OCN drama I’ve watched by far.

Story
Same old, same old, 2 police officers whose relatives get murdered by the same person, are teaming up to create a new division based on the emergency call police department and their end-game is to catch that bastard.

Been there, done that, so what did Voice do to break the mould of crime dramas?

First of all, the concept of Voice profiling. Not sure if this is a thing, but even if it’s not, we accepted a crime drama about a walkie talkie that could make a 2 guys living in different timelines to communicate, why can’t we accept a woman who can hear extremely well? The voice profiling was original for me, gave a different vibe and an innovative twist to the all-too-usual police procedural recipe.

Furthermore, the impressive cinematography and music. The drama is gritty and dark in all the right ways. Creative directing, haunting dark colors and soulful music just came together perfectly and clicked, making a drama that not only gives off ominous vibes but it is also sinister only by looking at it.

Continuing, the incredible side stories. Every two episodes or so there is a new crime story introduced for the “golden time team” –the aforementioned new division created- to resolve. This is where the writing along with the directing and montage click together doing miracles. All of the side stories were intense, engaging, thought-provoking (although the first two ones were my favourite), well-written and did not drag at all.

Finally, the most important one, the marvelous core story. Cliché done right. The concept of putting a psychopath as the main villain isn’t foreign to dramaland; however the drama’s atmosphere, world-building along with the casting literally did miracles. More specifically, I appreciated that there was not a lot of red herring involved –crime dramas seem to think that we enjoy being led astray every 2 episodes for some reason; while, it felt like there is a whole story going on in the background making this drama look like a part of a whole. Effectively, we were focused on the police side of a bigger narrative - plot twists, havoc and despair ensued.

Furthermore, it’s worth noting how every character, plot device and potential twist are beautifully connected and intrinsically linked to the bigger picture. Good writing - the drama is actually so good even when you see the twist coming, you're still gonna like it anyway cause the whole aura of the drama won't let you a moment's rest.

Lastly, It would be a serious negligence, at this point, to not mention the exquisite Serial Killer. Undeniably, the drama owes how well it worked to its main villain. As far as I’m concerned we’re talking about the best villain I’ve ever witnessed creepy, scary, disgusting and disturbing, the type that crawls up your skin only by seeing his smirking smile. He enhanced the drama while simultaneously we do get the environment in which a serial killer is born that was spectacular to watch.

Honestly, not many drawbacks can be cited by me. If I could address one it would be the somewhat conveniently written side stories. But, come to think of it, isn’t every kdrama ever like this? Rich hot arrogant chaebols falling for poor innocent girls, silly coincidences and other cliches and we accept that but can’t accept a crime drama with stories being a little far-fetched or exaggerated here and there? This is dramaland, if everything was absolutely rational there would be no drama to watch!

Additionally, it was claimed that the drama had gruesome scenes and a lot of blood. Having grown up watching American TV shows this felt like child’s play to me but I do understand if some scenes were too much for some people. Everything is censored (actually, too much censoring going on to be honest), but be aware if you are sensitive to such scenes. Moreover, I read comments saying the side stories were boring and dragged, which contradicts completely what I said. I obviously disagree. Frankly, the side stories might be the best part of it all.

What's more, people argued that the drama takes a hit after a strong beginning. Strong starts bring high expectations too. I think the drama did well in keeping up pace, not dragging and staying strong plot-wise. Yes, middle episodes weren’t as strong as the first 2-3 but still a solid drama overall.

In general, Voice isn’t perfect, but it is time well-spent for sure. It is extremely thrilling; the side stories addressed interesting issues like child abuse, rape ect and were generally on the humanistic side of society, definitely struck a chord with me. The drama deserves a 9 for its flawless story line (side+main) +0.5 for the fact that it was utterly stimulating and increasingly intense with fleeting moments of strong sentiments and despair that just make the whole thing feel that much more real and emotional; I was at the edge of my seat during pretty much every episode either being thrilled or feeling hopeless.

Acting
I admit I was purposely avoiding Lee Ha Na. I only saw her once before Voice, didn’t like her. That being said, thank god I picked this because she redeemed herself completely. I couldn’t even recognize her here and I drew the conclusion that she just doesn’t match cute rom-comy characters, but rather darker ones. Her performance was impeccable here and she had great chemistry (as co-police officers) with Jang Hyuk. I’d love to see her in a similar role, or even in a melodrama in the future.

It is established how good Jang Hyuk is, and here is no exception to his unending talent. Fearless and brave character with a broken and emotional side, he pulled off his role immaculately and he was a perfect fit for it. Such a well-rounded actor, he can do everything. Respect.

Where have Kim Jae Wook been all this time? Flawless and creepy, an absolutely perfect match for his role, I need to keep an eye out for him in the future. I can safely say he made the drama!

Recommend
Concluding, I’d say don’t turn a blind eye to this drama, it’s really good. Crime and thriller drama fans I call out to you, viewers who enjoy intense and provocative dramas/stories that aren’t extremely complicated this is for you. I can’t see how someone wouldn’t be entertained by Voice if you disregard the convenient part and you don’t have a problem with some violence ect.

Completed
yche09
21 people found this review helpful
Other reviews by this user
4
Mar 13, 2017
16 of 16 episodes seen
Completed 4
Overall 9.0
Story 9.0
Acting/Cast 9.0
Music 8.5
Rewatch Value 7.5
This drama cemented the fact that I am really a big fan of Jang Hyuk. He can be anything! Absolutely anything! Even a crazy ass policeman with a bone to pick with all the bad guys! Such a great actor! A gift to dramaland, really! It also doesn't hurt that this drama's story is plainly amazing! I am always excited for the new episodes because there's one mystery after another and it's never over the top.

The whole crew created this drama beautifully. Powerful and finishes with an "oomph!". I highly recommend this!
Was this review helpful to you?
View all 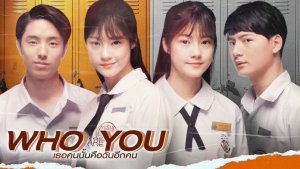 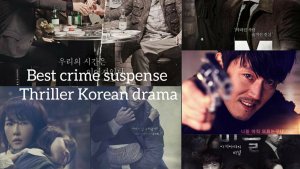