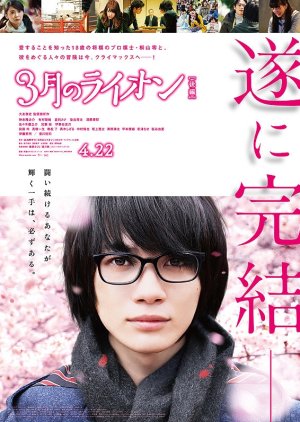 Rei Kiriyama is a 17-years-old shogi player. He debuted as a professional shogi player when he was in middle school. He lives by himself in Tokyo, because his parents and younger sister died in a traffic accident when he was little. One day, Rei Kiriyama meets three sisters who are his neighbors. The three sisters are Akari Kawamoto, Hinata Kawamoto, and Momo Kawamoto. This is his first meeting with someone outside of the shogi world in many years. Having meals with the Kawamoto family brings warm feelings to Rei Kiriyama. As Rei Kiriyama continues his shogi career, his interactions with his neighbors allow him to grow as a shogi player and as a person. Edit Translation 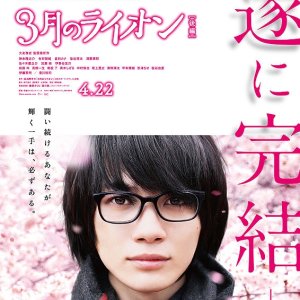 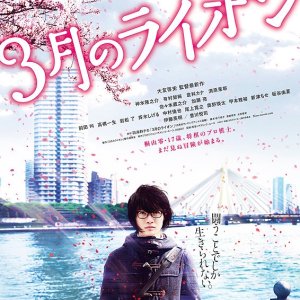 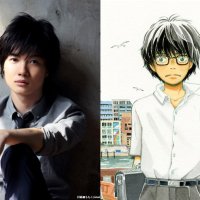 Completed
Panda_San
0 people found this review helpful
Other reviews by this user
0
Oct 31, 2017
Completed 0
Overall 7.5
Story 7.5
Acting/Cast 8.0
Music 7.0
Rewatch Value 6.5
I already wrote my review for the first part , I am happy to see Kamiki Ryunosuke character development , his acting was very good~ he did a good job portraying " Kiriyama Rei " .The story did focus more on his relationship with Kawamoto sisters and how that effect Kiriyama growth as a  Shogi player & as a person , I liked these part of the story and the Shogi match was very intense .The movie is really impressive with the directing , the visual amazing as will was the first part .What bothered me is that the movie seems more like a miniseries divided into two parts than a movie .... ! and the story focus a bit erratic , I wished that they filmed the last match am not sure if they'll do a third part but I don't think they'll , so the ending kinda an open ending ...Overall it was a good movie  .

Completed
Senpai
0 people found this review helpful
Other reviews by this user
0
Oct 31, 2017
Completed 0
Overall 7.5
Story 7.5
Acting/Cast 8.0
Music 7.5
Rewatch Value 6.5
Second part follows Kawamoto's "intrusion" into his life serving as the first people of King's sport in sport. Enduring  with them, he is endowed with generous portions of delicious dishes, a  welcome refuge from the nights of ramen noodles. His  days at Kawamoto's ancestral home in neighboring Sangatsu-ch? (March  town) release positive vibes, balancing the chaotic and competitive  nature of shogi tournaments that drain him emotionally and physically. Most  shogi players like and respect King, and he returns friendship  gestures, with the exception of Goto Masamune dating to his adopted  sister, Kyoko. Kyoko stays in touch with Rei, inviting himself to his apartment, causing him near failure before a shogi tournament. This  relationship "love and hate" with Kyoko somehow confuses King and the  Kawamoto sisters who immediately felt terrible for his presence stand  firm in their loyalty to the gentle boy. While  still trying to find his place in society and in a traditional Japanese  sport, Kiriyama Rei enjoys his close encounters with all of them -  reserving his judgment as he sticks to all the positive as well as the  negative aspects. Staying  true to the manga ode of Umino Chica, the author's deliberate sense of  yearning using dark tones of colors, the changing seasons and signature  landmarks described and drawn so vividly and lovingly in the manga  remains in this second part as well. The  plot of the other film focuses on the Kawamoto sisters and their  interaction with Rei and what appears to be the return of their father  who abandoned them to another woman. "March Comes in Like a Lion" is a stand-alone, smooth and pure, and also dark and terrible and that makes it even more perfect. 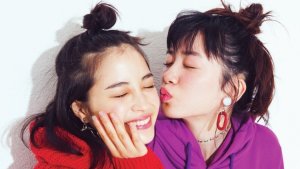 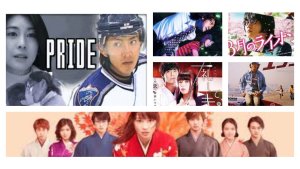