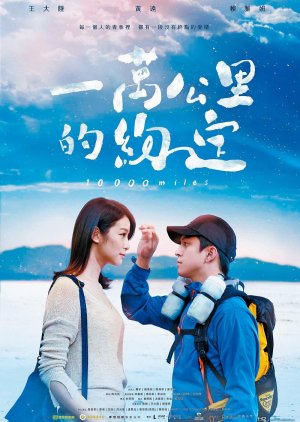 Kevin, a young, fearless runner from a rough neighborhood in Taiwan, falls in love with his tough coach Ellie. When Ellie becomes sick and distant, Kevin fights to survive and conquer the famous 10,000 Miles Silk Road Ultramarathon in order to win her heart. Edit Translation 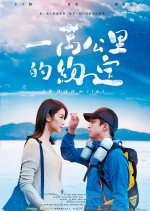 Story:
Movie and the leader character Kevin Fang, played by Huang Sean already from the start caught my attention and I think it’s mostly because of action scene.
The struggle characters had to face made me sympathize with them and feel their pain and hope they will get better soon. Later on story turned into very emotional one.

Acting/ Cast/Characters:
I liked how Kevin Fang didn’t stop believing himself and tried to prove others wrong and that it is okay to chase your goals. There sure was some scenes when the act was too much but they didn’t make any problems watching the movie.
His brother Sean Fang who is played by Darren Wang at first was annoying but later on he shows his protective and brother complex, if you could say. Darren Wang showed very well all the emotions character could have felt in all the scenes.
Sean Fang girlfriend on other hand was so annoying. She was very winey and saw a problem in everything Sean Fang did when all he wanted to do is make her feel happy.
Chemestry between Kevin Fang and Yi Qing (played by Lai Megan,on my opinion was very good. In some places it was strained.

New Topic
Be the first to create a discussion for 10,000 Miles