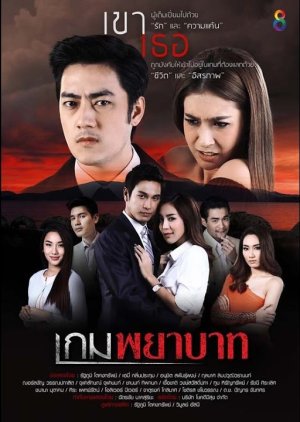 Akkee is a young businessman who blames Chatchanok for his for his parents’ bankruptcy and suicide. Not only is Chatchanok Akkee’s business rival, he is also dating his sister Wanisa. Chatchanok’s mother Amphaa does not approve of Wanisa. At his younger sister Chatchabaa’s party, Amphaa announces that announces that Chatchanok is to marry Kesanee. Wanisa, distraught over hearing this news, runs away from the party and gets raped by a gang of men, causing her to go insane. Akkee blames Chatchanok for his sister’s condition. He decides to take revenge by kidnapping Chatchabaa (Chatchanok’s sister) and taking her to an abandoned island where he tortures her physically and emotionally. Chatchabaa willingly sacrifices herself for her brother’s sake hoping to cool Akkee’s anger. However, things don’t always go as planned as Akkee starts developing feelings for Chatchabaa and learns that someone else may be behind Wanisa’s attack. How will his game of vengeance end? Edit Translation 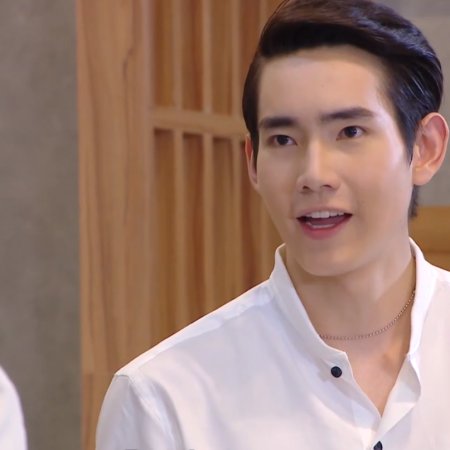 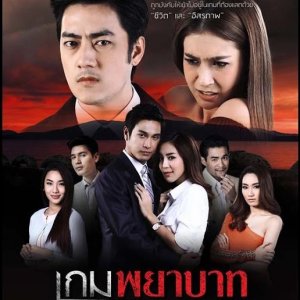 Completed
Giz
8 people found this review helpful
Other reviews by this user
0
Feb 20, 2018
18 of 18 episodes seen
Completed 0
Overall 7.5
Story 7.0
Acting/Cast 8.5
Music 7.5
Rewatch Value 7.0
The male actor is hot! Has gr8 screen presence...
This is one of those dramas were everything that thai lakorns are about - slap kiss/ violence/ kidnapping is there...but the heroiene is equally badass and returns a bite for a bite...
There is force but not force rape scenes despite thm getting intimate...so that was somethin diff!
Except for the last epi which felt like how did this happen and the first epi where u want to kill the bitcy villian...this lakorn is really nice to watch. The chemistry between the leads is good and I am so go na watch more of this guys shows????

Completed
SSKF
0 people found this review helpful
Other reviews by this user
0
Aug 15, 2019
18 of 18 episodes seen
Completed 0
Overall 8.0
Story 8.0
Acting/Cast 9.0
Music 7.0
Rewatch Value 3.0
Against my expectations, given the subject matter of the show (I thought it would be revenge and forced rape), I actually enjoyed this show. Until the last episode that is.

The beginning is action packed, angsty and filled with all kinds of feelings. You really hate the villainess and her cronies. And I kind of hated Chabaa's brother too. He was one weak character, I think. Regarding the revenge, as a sister with only one bro, I understand Akee. He was a good man before all of this, and he was a kind man during it (not nice, but kind to others not from Chabaa's family). His revenge warped him, and there seemed to be forced scenes, but never rape. Chabaa also gave him as good as she got whenever he tried to kiss her. He basically spent the entire kidnapping session saving her and taking care of her in between the revenge nonsense.

Honestly, the brother's and Khun Ji's story was more interesting to me. We actually got to see how they started to care for each other, how they shared problems and helped each other. It's more than we got to see with the main couple.

However, the main reason I kept watching is for the villains in this show. They carried this storyline and were awesome actors. The villains were a lot more interesting to watch than any other storyline. Everything in the show happened as a reaction to the main villainess's actions. Therefore, when her part was over, the story became so boring. Luckily that was only the last two episodes.

And the last episode... I feel I wasted an hour of my life. I wanted to see how the romance was resolved, and felt happy at the outcome of 'the wedding'. However, I was mystified by how Chabaa and Akee fell in love. Like how? What was I watching and didn't see that very important development?

Overall, I really liked this show and it's interesting enough. The villaness was the most acclaimed and outstanding actor for me here. Everyone else was flat and normal. I applaud her acting., and she's pretty too.

Give this a try. It's not as rapey as you think. Actually, there is no rape.