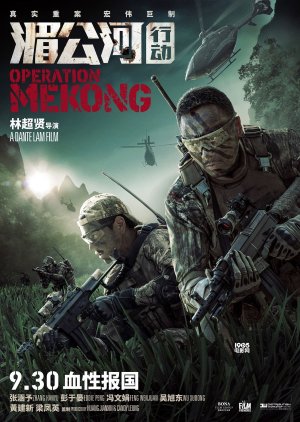 Inspired by the true story known as the Mekong Massacre--two Chinese commercial vessels are ambushed while traveling down the Mekong River in the waters of the Golden Triangle, one of the largest drug-manufacturing regions in the world. 13 sailors are executed at gunpoint, and 900,000 methamphetamine pills are recovered at the scene. Upon discovery, the Chinese government immediately sends a band of elite narcotics officers led by Captain Gao Gang to the Golden Triangle to uncover the truth behind the murders. Tea field owner and Golden Triangle-based intelligence officer Fang Xinwu joins the investigation. After it is discovered that the drugs seized on the Chinese ships had been planted by the henchman of a notorious drug cartel leader named Naw Kham, the governments of Thailand, Laos, Myanmar and China launch a joint task force to apprehend the criminal. The road to justice is, however, paved with dangerous and deadly obstacles... Edit Translation 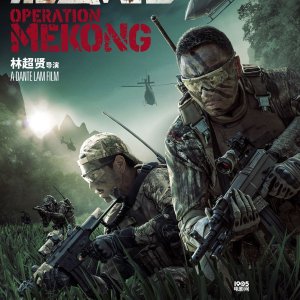 Completed
Kimberly
1 people found this review helpful
Other reviews by this user
0
Nov 19, 2017
Completed 0
Overall 9.5
Story 9.5
Acting/Cast 9.0
Music 9.0
Rewatch Value 9.5
Wow, this was a very interesting movie because some parts is in different languages. I thought the plot was interesting and when I found out it was based on a true event, I was even more surprised!  As mentioned above in the synopsis, the story is based on a group of narcotic agents from China trying to take down a druglord from SE Asia. Their mission pushes them to go undercover, to track down these elusive drug dealers.

The action scenes pretty much make up this entire movie. It's very action packed with guns, explosions, and stunts.

The acting in this drama is pretty good. I also liked how diverse the cast is. I pretty much watched this for Eddie Peng (lol). His role was very diverse, where he switched between chinese and english. He also had funny costume changes. Besides him, I loved the dog that was also an agent.

Completed
Senpai
1 people found this review helpful
Other reviews by this user
0
May 11, 2017
Completed 0
Overall 9.5
Story 9.0
Acting/Cast 9.0
Music 9.5
Rewatch Value 10
Operation Mekong came to silence the mouths of those critics who say that action movie to be good has to be American.
Far from it, Operation Mekong is one of the best and greatest military action productions produced, which leaves many American films of this genre in flap. With a good dose of action scenes put into practice in a true story, make the film, a highly recommended film, the only flaw is the blast effects that left a lot to be desired, but it is not a reason to give up.
Very elaborate and executed scenes, not extrapolating to superhuman effects and actions, irrigated with an equivalent soundtrack and good actors, have shown that Chinese film is also good.