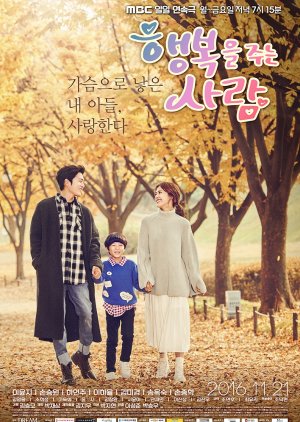 There are three different mothers. Park Bok Ae is a selfish mother who would do anything to ensure that her children have a better life even if it inflicts pain on others. The cold-hearted Kim Ja Gyung is an actress who abandons her own son at birth in order to pursue her acting career. Then there is Im Eun Hee who adopts a boy and becomes a mother even if she never experienced what it was like to have a family. This TV miniseries revolves around a foster mother who struggles to protect her child from the biological mother who tries to take the child back after learning that her child has become a top child actor, making a lot of money. The story unfolds as the foster mom battles with the biological parent over custody. At the same time, Gun Woo's unchanging love towards Eun Hee proves that she is someone who deserves much love. (Source: MBC) Edit Translation 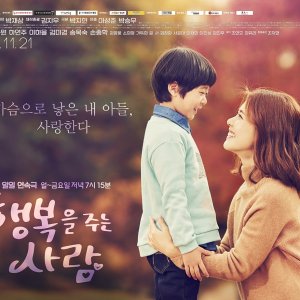 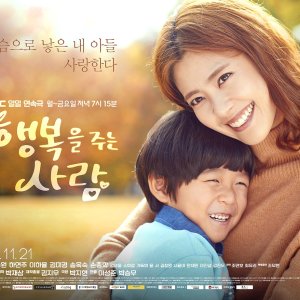 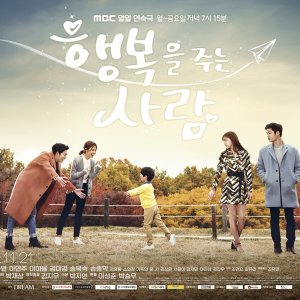 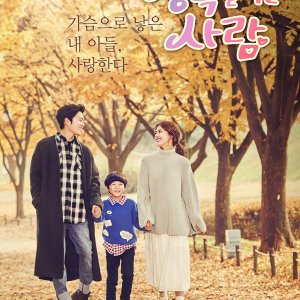 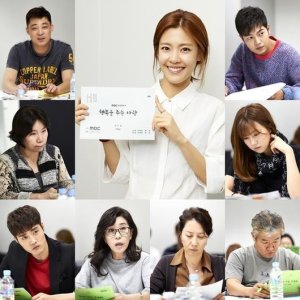 Completed
DramaQueen0216
6 people found this review helpful
Other reviews by this user
0
Oct 22, 2017
118 of 118 episodes seen
Completed 0
Overall 9.5
Story 9.5
Acting/Cast 10
Music 10
Rewatch Value 8.0
OH! MY! GOSH! What an amazing drama this was.
I started this drama this on a whim and boy, am I glad I did. Ever since I started watching this I couldn't stop; I found myself binge-watching. Spectacularly done. Now let's get into this review.

STORY:
Warning: By no means is this drama full of fluff and such. If that's what you're looking for then find yourself elsewhere. If, however, you are willing to take up the challenge of not breaking your computer/phone/tablet screen due to your anger, then this is the drama for you. This drama is all about ENDURANCE. Yes, endurance. You'll definitely need that for this drama. There are points in this drama where it will be tested. Trust me.

First off, I don't think people should be intimidated by the amount of episodes. It's going to have you so hooked you won't even know how fast the episodes are passing.
There is something I learnt in school when giving critiques about something or someone - 'Sandwich Critiques. You start good, mention the bad in the middle and then end good. That way, overall, it'll sound good and make people feel like they did good. I think this could have also applied to this drama. Give us some good, some bad in the center and then some more good at the end. But No. This drama didn't want to. From the beginning it was throwing stones at ya! BAM! BAM! BAM! One thing after the other. It seemed as though that things were just not meant to go the right way and things just went from bad to worse to 'worse-er' (if you'll allow me :D).

Of course it couldn't be all bad. We had an amazing ball of sunshine: Im Ha-Yoon. What a cupcake. We also had our side couples who would give us some laughs before we went back to the battle feel.

This drama really was a beast in some ways. But be not afraid, there is a nice pot of gold awaiting you at the end of the rainbow :).  Satisfying!
P.S This drama will just make you fall head-over-heels for Gun-Woo. This man's devotion is no joke! *Faints* Perfectly perfect (too bad he only exists in a drama)

ACTING
Honestly, I don't think they could have picked a better cast for this drama. This is my first time meeting Lee Yoon Ji and I must say, she made me fall in love with her acting. She did a great job portraying the character. And boy! Can this girl cry or what? Her crying came so naturally for her - it was amazing. I'm sure after she was finished with this drama she had no tears to cry for a year. HAHA! As for our handsome man Son Seung Won - handsome indeed. Another oppa to be added to my already larger-than-life list! He's relatively new to acting and he hasn't had any main roles before this drama, but I think he did pretty good. And this was a long ass drama so yeah, 'pretty good' in an understatement. Kim Mi-Kyung, this ajumma that's everywhere tsk. I love her. I've only ever know her as a good person, so seeing her acting this evil was a punch to the gut for me. BUT she was so amazing in her role. I respect her. GO! Kim Mi-Kyung! This was also my first time seeing Lee Ha Yul in action very handsome. Not my first time with Ha Yun Joo; very pretty. They just had to play the bad role though, didn't they... Nevertheless, very convincing.
Shout out to the supporting roles. Honestly, without them this drama would have been as cheerful as a graveyard, if you get what I'm saying. They provided lots of laughs and peace to soothe the aching hearts of not only the main characters but the audience as well.

All in all, everyone did an amazing job. They made you feel all the suffering, anger and joy along with them.

MUSIC
Honestly, I don't know. Was there any music in this? Hmmm. There was?! Oh, my bad. I was a bit too indulged in the drama to notice it. Yes, that's how bad I was.


Other Notes
Honestly, I really wanted to see more of Myung-Sun and Gwang-Soo. They were my sunshine in this drama. Too funny. ALSO! HOW! How could they not show us Myung-Sun's daughter at the end?! WHY? Why did you do this to me. An interaction with Gwang-soo and his daughter was much need....for me at least. I was so looking forward to that. :(

Also I felt like there were a few loose ends in this drama. But nothing much to worry about. Overall, it was great! Now. On to my next drama. Bye~

Completed
DreamingKoreanBallad
4 people found this review helpful
Other reviews by this user
0
May 25, 2017
118 of 118 episodes seen
Completed 0
Overall 9.5
Story 9.0
Acting/Cast 10
Music 7.0
Rewatch Value 8.5
A very good daily drama ^^ I loved that nothing was ever drug out forever but that everything flowed very naturally from one thing to another.

Story: About a mother who adopts a child who was abandoned and as she helps him pursue his dream of being an actor, she has to try and protect him from his selfish birth parents. And the man who is completely devoted to both her and her child.

Cast: My favorite thing was definitely the love shown by our male lead Gun Woo (Son Seung Won). *The perfect kind of man* This drama was even better because of him ;) The unconditional love, friendship, companionship and fathership he displayed in this drama should be every woman's dream for a man. This drama was really good to begin with but he made it even a hundred times better just b/c he was there. A man full of loyalty, devotion, steadfastness, honor, love, backbone, direction, and sacrifice. Completely self-less in all his actions. He showed true love and care for those around him. (I'm excited to see him in another Main lead role soon).
Eun Hee goes through so much in this drama, you'll feel terrible for her. She's a really nice sweet girl who loves her adoptive son as much as any mother would love their own biological child. She shows the meaning of true parenthood. Blood related or not - he was her child. It's a beautiful bond that was both sad and endearing. In the former half of the drama she struggles with her inferiority complex of being an orphan and tends to run away from her happiness. But that all changes short of midway through the drama where she realizes she needs to put her own feet in in order to be with people who make her happy. Basically, she takes charge of her life.
I also loved the bluntness of Myeong Sun and Eun Ah lol - they are quite like me in their way of thinking - I may appear to be more like Eun Hee but my thought process is definitely like the other two lol - My words can be harsh, blunt and to the point but my heart isn't as cruel as my words lol
So Jung was so annoying and irritating early on in the drama (obsessive towards her brother) we find out the reason later, but man it bothered me. Luckily she changes later b/c of circumstances and such and I started to really like her (also the actress gets replaced midway b/c the former one got sick).
Oh and Gwang Soo was so adorable! Kyaa! I loved how he was so attracted to the "charismatic" woman Myeong Sun ^^ He's a charmer and oh so cute! ;) Another actor I will be anticipating in another drama. ^^
The fathers were SO great! and I loved the "friend-in-law" thing they added to it ^_^ They are the exact type of father-in-law's and fathers you'd want to be blessed with. Very loving, very respectable and they walk their talk.
Ha Yoon (the main kid) is still a novice at acting, I could tell especially in a few of his crying scenes but overall he did pretty good. ^^
I cried and laughed a lot during this drama - besides tons of other emotions felt towards other characters.
The main bad lady will drive you nuts with her terrible treatment and "using" of Eun Hee. A woman who refuses to admit her own fault and only sees the fault in others. One who is completely absorbed in her own blood line and uses that to treat others like dirt. She thinks only her family is worthy of being praised but others in her eyes are worth nothing. She's extremely selfish and all of her actions and words prove it. The secondary lead couple will make you hate them early on but sympathize with them in the latter half - it's so weird. One minute you hate them the next you feel for them.

It's really really good, by episode 46 I could not stop watching (luckily I had delayed watching this drama when it was airing from that point on so I could marathon the rest of it) :)

One slight disappointment was you could definitely tell they dropped 2 episodes off in the end :'( I wish they would have left it at 120 episodes instead of making it 118 :/ I could tell this cut by the end of episode 115 - they started to cut the end/beginning scenes and not continue it from there :/ I would have liked those to have been as well paced as the rest but even so it wasn't too bad of a rush - still would have been better to have those last 2 episodes though.

For daily drama lovers - this is a good one! I recommend it :) 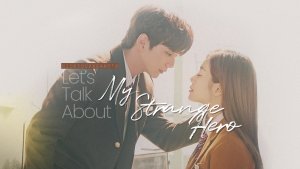