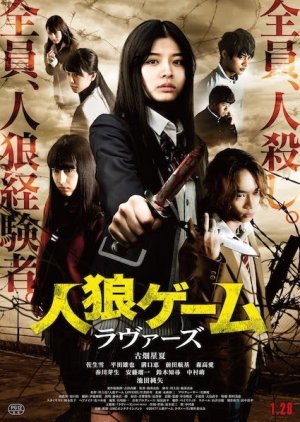 In order to pay back her family's debts, Ranko Takano takes part in a game assembling only the strongest survivors of past Werewolf Games. However, a new system is introduced which throws players into confusion. (Source: JFDB) Edit Translation 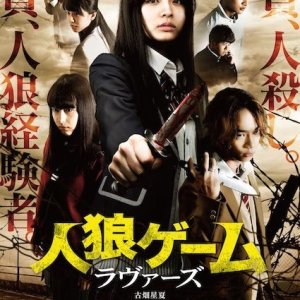 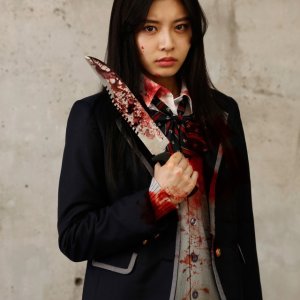 Completed
Saiiiiikko_
0 people found this review helpful
Other reviews by this user
0
Jan 14, 2019
Completed 0
Overall 8.0
Story 10
Acting/Cast 8.5
Music 4.0
Rewatch Value 6.0
After watching couples of the movie's prequels, i would say that this movie is a lot more logical made.
Though it's quite slow in my opinion, it's still worth a watch if you like Suspense Drama.
The movie continues those previous movies with additional rules, which make the story more unpredictable and complicated. That's one of the good point of this movie, having more roles make the movies more interesting.

Good points: New roles, unexpected ending, better story, better scenes than previous prequels. Acting is decent enough.
Minus points: Music is somewhat terrible, and story being told quite slow. It could have been done a lot better than this.
However, i'm a huge fan of good story rather than music, i would rate this an 8.

Completed
Senpai
0 people found this review helpful
Other reviews by this user
0
Jun 24, 2017
Completed 0
Overall 7.0
Story 7.0
Acting/Cast 7.5
Music 7.0
Rewatch Value 5.5
It looks like a therapy section that properly a game.
Based on the novel "Jinro Gemu" by Ryo Kawakami (published July 25, 2013 by Takeshobo).
"The Werewolf Game" has several compilations, is a kind of game of "detectives" with a lot of mystery and suspense, I can not say anything else because it would spoil, ending the movie's grace.
It is extremely monotonous and its history is lazy. It takes a lot of determination to continue watching until the end.
It's strange, a bit exaggerated, but, after all, it's a fantasy, it has a complex background, it pleases the looks of the male and female, behind this fantasy there is a bit of truth. Want to find out? Watch.

New Topic
Be the first to create a discussion for The Werewolf Game: Lovers