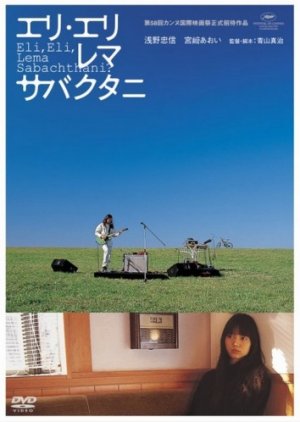 A.D. 2015: A virus has been spreading in many cities worldwide. It is a suicidal disease and the virus is infected by pictures. People, once infected, come down with the disease, which leads to death. They have no way of fighting against this infection filled with fear and despair. The media calls the disease "the Lemming Syndrome". Edit Translation 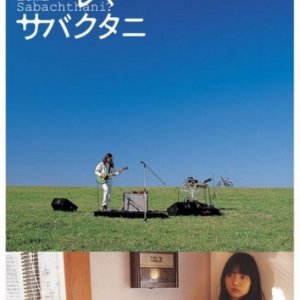 Completed
biniBningPunkista
2 people found this review helpful
Other reviews by this user
0
May 12, 2012
Completed 0
Overall 6.0
Story 7.0
Acting/Cast 8.0
Music 7.0
Rewatch Value 5.0
Slow paced, more on the visual side and not much on the talking.

What piqued my interest is how they showcased a weird story line, (aside that I also checked this movie because of Aoi Miyazaki) It may sound a bit sci-fi-ish but there were no aliens involved only the made-up disease as the main problem. The film may seem to have no direction at first and I was also getting too frustrated with all the silence and sullen looks until I realized how important those actions were for this film. Those scenes with the focus on seemingly random things were actually vital in these movie so as to make sense of everything in the end. Cinematography was grainy, maybe because it was an old film? But still... it gave a rather bland feeling to a supposedly modern and colorful world.

The actors did somehow try their best to portray a depressive state, not just in actions but in the mind as well. However, the acting didn't really feel all that satisfying because I felt like something was still missing. It was trying to give a message about human connections and empathy but it's hard to internalize that sort of meaning because of the lack conversation between the characters.

Setting those complains aside, I was still able to enjoy something really weird. It's not refreshing, but it's something new to watch. It's not everyday I pick a movie genre like this, so basically it gave me a wider perspective on indie kind of films. Music wise, it was eerie and yet it was another key point for the whole thing, without it, there would be no story at all. The tones are really out of this world and completely weird, so don't expect something melodious, because it's not.

Surely this film is not for everyone. If you're the type who likes to sit down and analyze what is happening in an almost silent film for the whole 60+ minutes... this was made for you.

New Topic
Be the first to create a discussion for Eli, Eli, Lema Sabachthani?