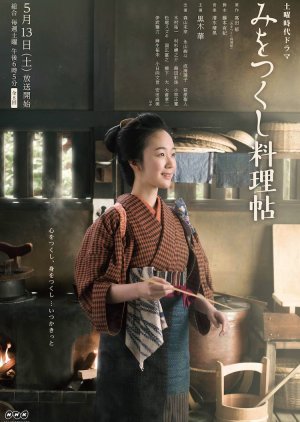 In 1802, 8-year-old Mio lost her parents in a river flood in Osaka and feels all alone after she is also separated from her childhood friend Noe. She is saved by Yoshi, the proprietress of ‘Tenman Icchoan’, one of Osaka’s famous restaurants, whom she happened to meet. Mio begins training as a cook because of her gift for taste in a time when females were still banned from the kitchen. However, the restaurant was burnt down in a fire and she sets off for Edo with Yoshi and her husband Kahei. By some lucky coincidence, they are invited by Taneichi, the owner of ‘Tsurya’, to work at his soba shop. Mio is bewildered by the contrasting flavors of the Kansai region and Edo, and also has to deal with the obstructions of a rival shop and a status difference in her love with the samurai Komatsubara. She overcomes these difficulties and eventually becomes a top female cook. (Source: jdramas wordpress) Edit Translation 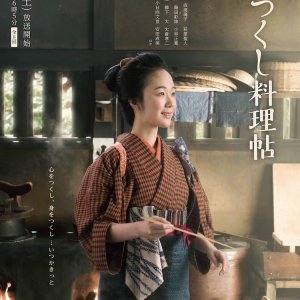 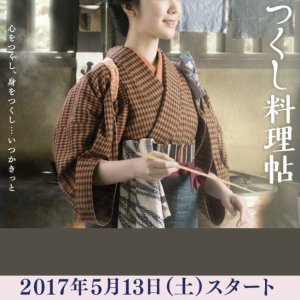 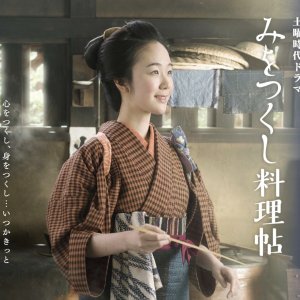 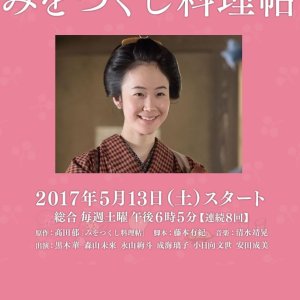 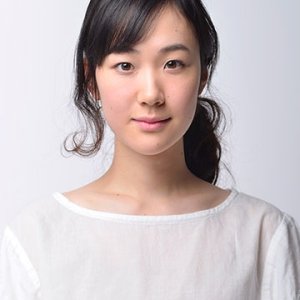 Completed
YueofBlueGables
2 people found this review helpful
Other reviews by this user
0
Dec 12, 2017
8 of 8 episodes seen
Completed 0
Overall 9.5
Story 9.5
Acting/Cast 9.5
Music 9.5
Rewatch Value 9.5
A very heartwarming dorama. I wasn't expect that, since the summary  tells that it is about the difficulties of a young girl to be a cook in a  chauvinistic world. And it is but it is also about the kindness of  people, how they help each other in small but significant ways; it is  also about family and to care about someone else's well being. And of  course, it is also about overcoming the difficulties in life with the  help of people who loves you.

I am adding Kuroki Haru in  my list of favorite actresses. Whenever role she plays, I just want her  to be happy And when she is, her happiness is contagious. And she is so  gentle, so Japanese-lady-like. My other favorite in this dorama was her  mistress (Yasuda Narumi), who loved her as a mother. Her love for her adopted daughter, and for her son was beautiful. Her sad smile was so poignant...

There  is a little reunion of members of "Juhan Shuttai", which made me really  happy (4 of them!). Starting with the MC, who again works hard in what  she loves XD And is spite of working again with Nagayama Kento  (Nagata-sensei), I was rooting for Komatsubara-san since the very  beginning. I loved when there is respect and a little bit of teasing  from the love interest XD

I love the setting, since historical  stories set in Edo period are most of the times my favorites. The food  that are shown look mostly so tasteful (and there is a little culinary  demonstration of the main recipe of the day at the end of each episode,  performed by the amazing Kuroki Haru). The other time, when I was eating  with other people and they were "ohhh my, so delicious" I laughed  internally because that's what happens every time people eats Mio's  food).

The OST is lovely, it helped to keep the tone light.

Completed
Nozomi
2 people found this review helpful
Other reviews by this user
0
Jul 28, 2017
8 of 8 episodes seen
Completed 0
Overall 10
Story 10
Acting/Cast 10
Music 9.0
Rewatch Value 9.0
I usually think twice before writing a review, marking any drama with very low grades hurts me somehow, if it isn't my cup of tea it could be someone's else.
Yet, I just finished watching the last episode and couldn't resist putting my inputs right here in this space, because this drama with its simplicity worth even more than 10.

I didn't watch the previous (Mi wo Tsukushi Ryouricho) drama specials and I have no clue how it look like, that's why I am not going to compare between them here, obviously - Just saying if that's what you are looking for.

This drama is very light, warm, soft and has a smooth plot with a episodic story-line that develops into nothing but a happy ending, where Mio shines and succeeds - as it's mentioned in the synopsis.
Yes, the main mission and the beginning of the story is all about looking for a missing person, yet it's basically a side event which doesn't really interfere with the main character's development and her success in the culinary world.

If I want to pull my thoughts all together, then I would say that this drama has a lot between its lines, great moral stories and many things to be inspired by.

Mio is a true role model with her hardworking, determination, dedication and fortitude, as she battles countless obstacles such as the difference between her own city Osaka's and then Edo's cooking style, the gender racism, the jealousy of her rivals, and many more, she stays strong and fights for her right to succeed and chase after her dream and fulfill her passion yet she never fails to remain ethical and moral, soft and feminine, kind and nice with a child-like smile in her lovely face at the same time.

All the good people around who supports her tremendously & whom she considers like a family and more. They all go through a lot together, they fight with the haters & they face major disasters, but they stay strong & undefeated and they help each other to overcome all of it.

The long-distance friendship with her childhood friend, their commitment and their faith on each other is so priceless as well.

The pure delicate affection that's exchanged between her and that charismatic Samurai, their adorable interactions without even using the word (love) frankly with each other, it's also something I always look for and enjoy watching, such a noble and decent love is really common in Japanese historical dramas - the last five minutes in the finale is everything, got butterflies in my stomach while watching it.

The story takes place in the very old era of Japan, so all you see is a historical filming set with the old woody stuff, tiny unpaved roads and the chonmage. But those are very slightly focused on though, as the main place is (Tsuru-ya) the restaurant, where our cook devotes her time and efforts to make it the num. 1 restaurant of Edo, so it's the pots, the ingredients & the served dishes what pop up in the screen all the time. It's cozy and feels so warm to my heart indeed.

Kuriko Haru is shining in the drama industry, it's lovely to see her grabbing the attention with her bright acting skills, although she seemed to be Toshiko from Tenno no Ryoriban who got jealous of her husband's success and ran away to take her own part in the culinary world and prove herself - that was a pure joke, you may go ahead & laugh.
Her acting is so effortless as she sinks in her role and brings her best that I sometimes tend to forget for a second that it's only an acting, she's growing bigger & bigger for sure, and she's definitely standing out among all the crowds now, happy for her.
Narumi Yasuda indeed was irreplaceable, although it was my first time to watch her performance but she really grabbed my attention with her genuine acting.
Nagayma Kento, Oh that smile! and what a bright and adorable character! I couldn't help but have a crush on both of them, him and Moriyama Mirai from (Water Boys) - he has grown to a rippana ikemen otoko though!- sadly he is so underrated actor who deserves more attention & love and more of main leads, this guy is genius, at least in this drama to me, I could feel how he devoted himself in his role, and was attentive to put the details through his body-language and facial expressions, which were so genuine and so effortlessly composed, I just hope he will get more of main roles in more interesting dramas in the future, because... the guy deserves it!
The whole cast was brilliant, everyone has done so well indeed, but the only who I resented his existence is Kimura Yuichi, I am not sure if I didn't like his personality or his acting, but for me he was an annoying extra character.

The music, not major but lovely, pleasing overall & well suited with the drama.

Rewatch Value, I think YES, I will get back to this if I ever wanted to see the slight romance that goes between our two main leads, it's heart-warming and makes you feel comfortable in a strange way.

Go for it if you love watching cooking dramas, Japanese historical stories, listening to the old Japanese accents & want to have a good relaxing time and watch something uplifts your morale at the same time.
This drama is very sentimental, if it doesn't hit that thing in your heart in the first two episodes then you might not enjoy the rest, for me, this was a very pleasing good ride, had enjoyed it so much that I watched one episode after one constantly, this is definitely my cup of tea and my cup of coffee as well!
Dewa, I will stop here and go to pray for a second season.