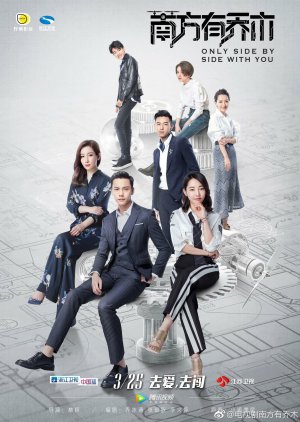 It tells the story of Nan Qiao, a career woman who catches her fiancee having an affair. She breaks up with him but also loses an important business partner as a result. Desperate for another solution, she meets potential investors at a bar where she butts heads with the bar owner Shi Yue. She seems to be someone related to his past so he purposely gets close to her to find out more, ultimately falling for her in the process. Edit Translation 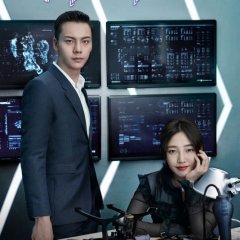 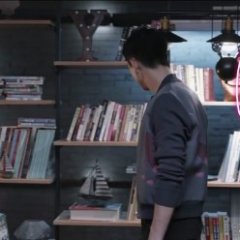 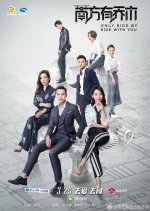 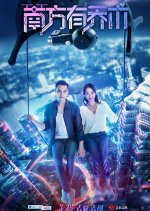 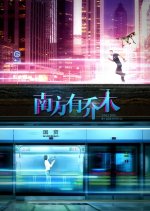 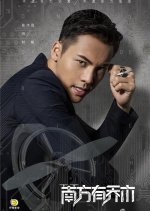 Completed
ManishaSingh
13 people found this review helpful
Other reviews by this user
0
Apr 20, 2018
40 of 40 episodes seen
Completed 0
Overall 8.5
Story 8.0
Acting/Cast 9.0
Music 8.5
Rewatch Value 7.0
This is the kind of a drama which I must say is "to each their own". Some might like it and others would find it boring with unnecessary flashbacks. I am in the former catagory ?????

Story-
Only side by side with you is relatively a good drama. Obviously the first negetive mark for this drama starts with the unnecessary 40 episodes but I guess once you get the kick out of it, you won't mind it anymore. However, one thing that really iritated me in this drama was flashbacks. Brace yourself people coz there are innumerable same flashbacks in every episode. Story was kind of a cliche but they didn't leave any plot-holes in it so I am giving an extra point to the story for that. Chinese dramas are master at leaving plot-holes and Only side by side with you wraps up every story quite well.

Acting-
I discovered William Chan people. My greatest discovery in C-dramas ever! It is going to be difficult to get over him for a while coz he's such a good actor! The drama was nothing great but the acting was superb by everyone especially the two leads. Main girl is a strong independent and quite a cool woman. I liked her character alot. Actually I enjoyed all the women characters of this drama. I even enjoyed watching the obsessive An Ning too, maybe because she was not THAT cruel or messed up as other evil second female leads. All the other characters, their development with the story and their acting was on point except for the few minor ones which could be ignored.

Music-
Love love loved the music. The opening theme, the ending theme by William Chan himself and all the other OST's were good. Anyone would enjoy the music of this drama.

Re-watch value-
I don't usually re-watch Chinese drama coz they're super long like this one, but I might re-watch some episodes of this again to see all the muscle and dimple of William Chan. I swear people just watch this show for the fabulous him.

Overall-
On the side note I actually kinda liked this drama. It was nothing extraordinary but you would enjoy it. I certainly didn't get bored of watching it atleast. 40 episodes are big commitment but once you are into the drama, I don't think it would itch you any more. Go watch it.

Completed
blinkable
9 people found this review helpful
Other reviews by this user
0
Apr 18, 2018
40 of 40 episodes seen
Completed 0
Overall 8.0
Story 8.5
Acting/Cast 7.5
Music 7.5
Rewatch Value 5.0
Before you get yourself started with this drama, you have to prepare yourself to go through with the endless flashbacks in every single episodes. Overall, I actually find the drama quite enjoyable to watch, given the story plot with background on business setting, which in many dramas either made redundant as supporting environment for the characters or become too boring with all the talks on business and power politic stuff. For me, the drama made the drone business sounds rather compelling and for something techie like this, it was not too complex for audience to grasp the business matter depicted in the drama. To me, this the drone business is a refreshing point in this drama.

For this drama, I see the key theme as focusing on human intertwined relationships. We all have relationships from the past that somehow stretched to present life - good or bad regardless, these past relationships made us who we are now. This drama tried to have good coverage of all kinds of relationship stories for all the characters featured in it. Other than the expected romantic relationships, there are friendships (esp on man to man buddy for life between Shiyue and Chang Jianxiong), boss with co-workers and among colleagues of Future Up, family members of Nanqiao (esp on father-daughters and even mention of mother-son between Nanqin and Zhenghao and issue on aging!), 'debtors'-'creditors (not just monetary per say but being life indebted and faithful to 'jianghu' aka the underworld sorta relationships), grief relationships with the dead person, and even trying to inject how we can be connected through animals! I though it was a nice play on the whole vet shop and relating to the 3 dogs of Shiyue (little things reinforcing faithfulness and kinships theme). As the relationship stories made progress for the characters, we get to see how people made choices in their lives, what they would do for love from their perspectives and learning to let go, and then to wrap things up mainly focusing on acceptance, which is not easy to do in real life to be honest.

So if you have patience to watch the unraveling of these relationships then you may be interested to stay on till the end of this drama even if you possibly able to predict the outcomes of these relationships but to watch them unfold quite worth the journey. Undoubtedly there were quite a number of what I perceived as unnecessary scenes towards the development of the story plot (aka fillers) and also in terms of characters development, not that smoothly illustrated but these became easily oversight for me when I chose to remember the meaningful conversations about the strong female MC, Nanqiao's dream in this drone business and always on the exchanges between Shiyue with Anning. I seriously thinks Qin Hailu's acting shone brighter than Bai Baihe in this drama. At times I even feel Bai Baihe's acting a bit stiff and I could not really feel strong chemistry between Bai Baihe and William Chan in this drama as a couple. William Chan was great in carrying out his role though, almost to the point of being himself at certain points in terms of being playful.

When talking about meaningful conversations I recalled two intertwined dialogues on Shiyue, Nanqiao and Anning. Between Shiyue and Anning: "What we have is the past but we don't have a future", which is so true because what was once lost you can never go back and even if you do, it is never the same anymore. Then followed up with conversation between Shiyue and Nanqiao on accepting Shiyue's past and stating, "I did not make it in time to be with you in your past but I will definitely be with you in your future". I believe it is the many meaningful conversations that keep me watching the drama because they made me feel connected to the drama. Also after all the flashbacks fast forwarding, for me, Ep34 was the most memorable episode as the plot gets a final strong hold to build to the finale momentum. Oh, oh and I like the opening and closing theme songs. Both songs' lyrics aptly depicting the drama itself. 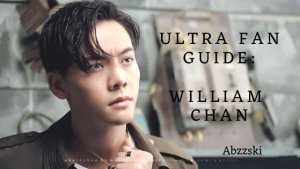 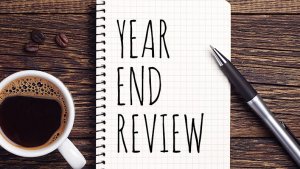