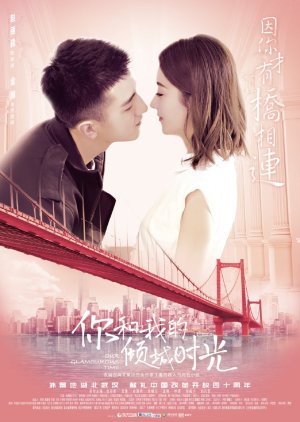 Li Zhi Cheng is a former soldier who has been ordered to take over his family's business when business was going downhill. He has a fateful meeting with Lin Qian, an independent and capable white-collar who was freshly graduated and meeting difficulties in starting up her own business. Due to Li Zhi Cheng's complete lack of experience in business, nobody in the industry had hopes in this newly appointed CEO of Wen Da. But with the help of Lin Qian's working experience and drive, coupled with Li Zhi Cheng's wits and methods, they bring Wen Da's business to new heights together. ~~ Adapted from the novel "Our Glamorous Times" by Ding Mo. Edit Translation 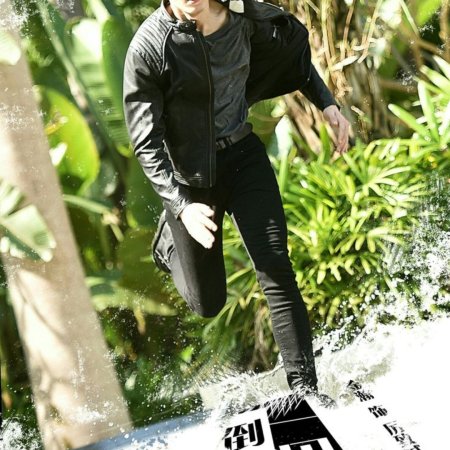 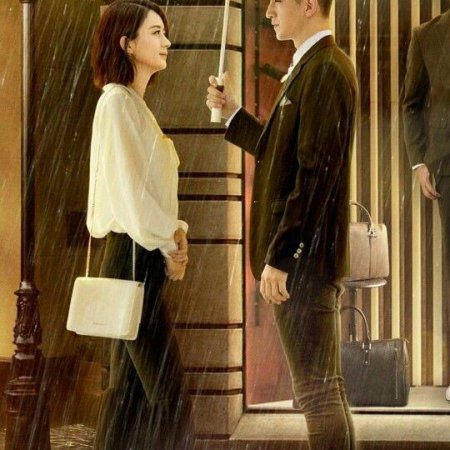 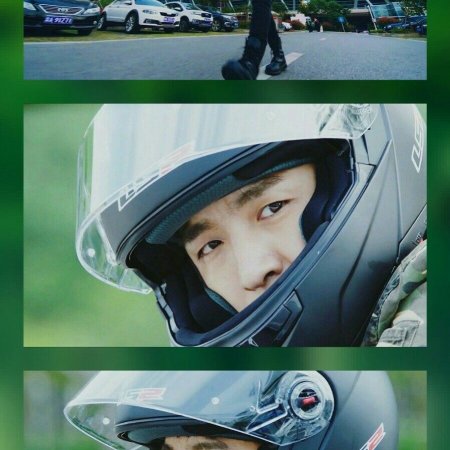 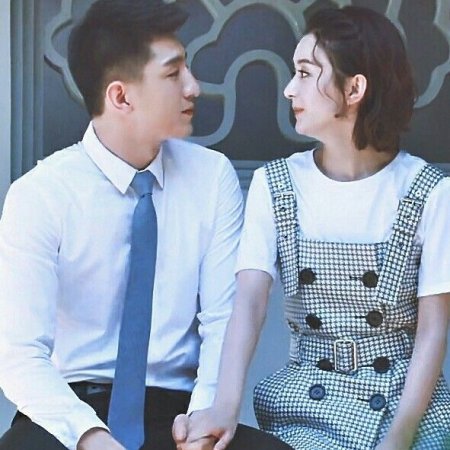 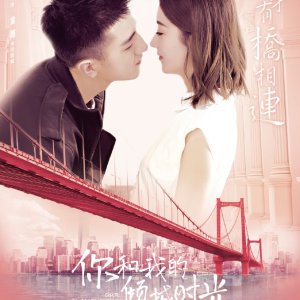 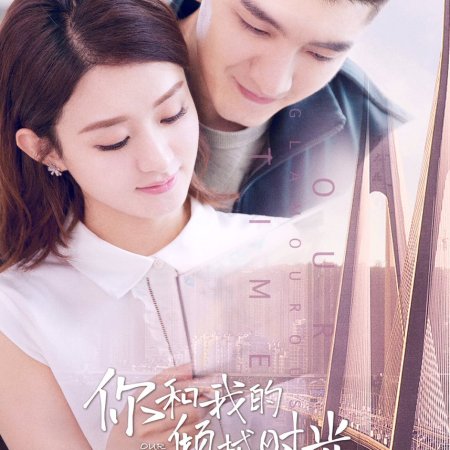 Completed
cnguyen1031
9 people found this review helpful
Other reviews by this user
0
Dec 14, 2018
50 of 50 episodes seen
Completed 0
Overall 7.5
Story 8.0
Acting/Cast 7.0
Music 8.0
Rewatch Value 7.0
STORY:
There were a lot of potentially interesting elements to this story. The fashion design aspect, the military/action aspect, and the business aspect. All three things that don't necessarily go together, but it seemed like it could work. The beginning of the drama wove those three plot points together fairly well in my opinion. Things seemed to make sense as you watched, but as you continued on, it basically seemed like they were giving up on these major plot focuses one by one.

Not even halfway through, most of the action side of it basically disappeared as they closed the plot that they introduced at the beginning of the drama. It went from being action scenes in almost every episode, to being basically nothing until the last few episodes. Honestly, the action side was the only thing keeping this from being completely another basic modern business romance.

I honestly feel like even the fashion element was thrown out of the window after a while. It went from focusing on designing for multiple different business projects and showing the designing process and trial and error, to just basically talking about it and saying "We're starting our own brand," but by the end was only really showing the business aspect of everything and everything else was just something they mentioned every once in a while to keep it in your mind. By the time they created the Qing Cheng brand, there was really NO mention of the design process. Scenes would go by and all of a sudden there was an entire store filled with clothes, whereas at the beginning when she designed the waterproof uniform, there was constant mention of how to make it, what materials to use, what the problems were, etc.

Romance wise, there was obviously a lot of that. It moved fairly quickly (the first kiss was episode 10 or so) and seemed to make sense as to why they fell for each other. There was a LOT of romance happening though. Four different couple pairings by the end of the drama. A LOT of split screen time between these four. There was a lot of focus on the second lead couple, but at this point the main couple was firmly established, so it was ok I guess.

Zhao Li Ying - honestly, ZLY is one of my favorite actresses. I think she always does a really good job with what she's given and shows a good variety of emotion and skill. This particular drama (and a LOT of people agree with me), I honestly think she shouldn't have taken up. Personally, I don't like her modern dramas (or modern dramas in general as they always end up about the same), but after seeing her being such a strong, smart, brave, etc. character in other dramas, it was really annoying to watch her just be such a Mary Sue character in this drama. She was talented and loyal and loving, sure. But that's about it. There were a lot of aspects where she was just a sideline in the process, or they talked about how important she was, but she didn't really show it. I have no problem with her having a cutesy role and whatnot, but I just feel like this character wasn't someone she needed to take up and there wasn't much about Lin Qian that made it a MUST HAVE role.

Jin Han - personally don't think he was that great. I've only seen him in supporting roles, and always as a bad guy, which I honestly thing suits him a lot better. I fall for male characters really easily in dramas, but there wasn't a lot about this role that I was infatuated with. The character himself was fine, but there was a disconnect for me between Jin Han's acting and the character coming to life.

Everyone else - No one in the drama honestly really stood out to me as being amazing. Whether it was character wise or acting wise. Again, this might play into the fact that I don't really care for modern dramas, but overall no one gave me a particular sense of joy while watching.

Side note - the portrayal of Peter really blew my mind. Not so much that the acting was amazing, but just the characterization was just WOW. I know he was supposed to be a bad guy in the drama, but the pill popping, sexual harassment tendencies, and general psychotic-ness was just a LOT.

The drama wasn't terrible. The story made sense overall, it just was fairly boring (really just predictable and meh) by the end of it and again, the main aspects of the story that were introduced weren't all upheld by the end of the drama, turning it into just another fairly standard modern drama. I also again always have high expectations for ZLY dramas and really do think she's a very good actress, but there wasn't much with this drama by the end that made it super worth it (especially knowing how popular and in demand she is and how full her schedule is, I just think this drama wasn't necessary). Don't really feel the need to rewatch as there wasn't a lot in the drama that was super memorable for me.

Completed
dedth
5 people found this review helpful
Other reviews by this user
0
Dec 11, 2018
50 of 50 episodes seen
Completed 0
Overall 9.0
Story 9.5
Acting/Cast 10
Music 7.0
Rewatch Value 7.0
I really enjoyed the concept of this show. It reminded me a lot of Side By Side With You on many occasions. Though Our Glamorous Time was not as intense as Side By Side With You. I really enjoyed that there were no obnoxious love triangles.
The beginning and end of this show feel disconnected. The first half of this show was almost entirely focused on Lin Qian as the main character, but the at some point it felt like her story line became second to all the other story lines they tried to introduce with many of the secondary, and even tertiary, characters. The second half og the drama felt like a handful of smaller story lines with no common direction. Story wise I think that it started strongly. Part of the initial story kind of surrounded Lin Qian trying to figure out who saved her. I actually think that this issue, among other initial incidents, was resolved too soon, causing the rest of the episodes to kind of branch off into less interesting stories. I also feel the issue of Li Zhi Cheng’s brother was glossed over a little bit. Like, it could have been a little bit more prominent and deeper than it was.
I did enjoy the fact that this drama avoided a few overused tropes. -There were no extenuating love triangles. -No extremely overbearing parents (mostly, Li Zhi Cheng’s father could be a little much sometimes but in more reasonable ways.) - I really loved Lin Qian’s relationship with her brother. He is super protective of her. Despite having his own opinions of what would be best for Lin Qian’s life, he is generally accepting and respective of her own decisions. They argue and butt heads but just about always make up.
The best part of this show: there are a lot of of fluffy romantic scenes between main and secondary characters respectively. Many of the characters have really great chemistry.
There are two characters towards the end of the show that show up a lot that are not Chinese. I am pretty sure that, like most Chinese shows, this show was dubbed over. But I really have to give it to the two actors and who ever did their voice dubs because I hardly found times were the voices and the movements on their faces did not match. They did a really good job. The voices also fit the characters nicely.