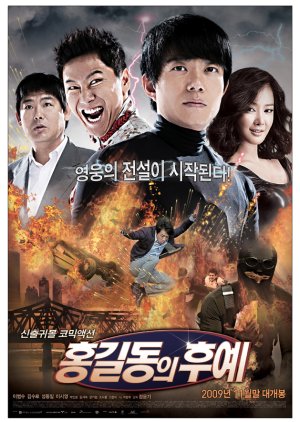 After his informant Soo Yeong chooses to end her own life to protect the secret, Moo Hyeok decides to end his relationship with Yeon Hwa and prepares for a once in a lifetime job. Hiding his true self from the prosecutor Jae Pil who has been pursuing Jung Min for years, they make their way into the inner lair of Jung Min’s dark underworld… (Source: KoBiz) Edit Translation 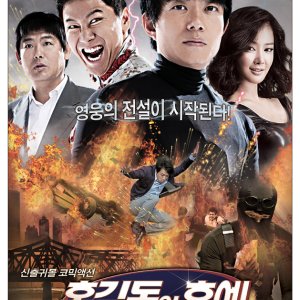 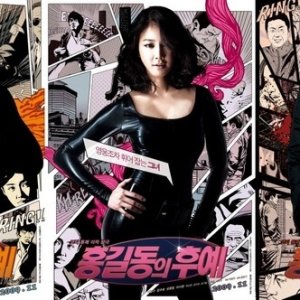 Completed
neets_45
11 people found this review helpful
Other reviews by this user
0
Jun 26, 2012
Completed 0
Overall 9.0
Story 8.0
Acting/Cast 9.0
Music 6.0
Rewatch Value 7.0
Goodness. This movie. I was really bored because I had caught up with all my dramas. I wanted to watch something funny before bed, and am I glad I chose this!

The plot was funny and to-the-point. The antagonist, while ridiculous, was interesting to watch. Although it had it's bizarre, yet fantastic, scenes, Hong Mu Hyeok's dilemma of choosing a normal life over the life of a hero was developed pretty well. Song Hyeon Hwa was a little too intense for me, but I guess it takes a special kind of girl to date a heroic outlaw.

This movie had an amazing cast. It was fun watching Kim Su Ro; he never misses a chance to be as crazy as he can be. Song Dong Il is as awesome as ever. He usually tends to be typecast into these kinds of roles, but they really suit him, imo. He really is a under-appreciated actor. As for Lee Si Young, I didn't realize it til now, but I've seen all 3 of her movies. Personally, her movie characters have been a little too intense for my liking. But maybe that's more about the way the her character was written (bc I really liked the way she did Eun Jae in Wild Romance). Now, Kim Bum Soo--I may be a little biased--is there anything he was truly not awesome in? A question that has been weighing my mind since the start of this movie: This movie was released just a little over 2 years ago. Where did that spankin' body go?? (Yes,I looked/stared at that rock-climbing scene.Can you blame me?)

I usually listen really closely to the soundtrack of the film (soundeffects, background music, etc), but throughout the movie nothing seemed to pop out at me. The credit songs were catchy but that's all I can say about the topic.

If I ever have another down day and I'm looking for something light, I'd probably end up re-watching this movie. It was too cute! ^^

Overall, if you like over-the-top villains, almost-psycho-girlfriends, adorable family rapport, honest-to-goodness prosecutor, and adept-yet-trouble-hearted heroic thief, all the while immersed in a brew of ridiculousness and awesome action sequences...
then THIS IS THE MOVIE FOR YOU. :)

Completed
HeidiLyon
6 people found this review helpful
Other reviews by this user
0
Sep 29, 2013
Completed 0
Overall 9.0
Story 10
Acting/Cast 10
Music 8.0
Rewatch Value 9.0
Brief Summary: This movie was so fun to watch! The story was cute, modern day Hong Gil Dong family decendants, as a family, rob from the corrupt/criminal and give to the poor. It had some great action scenes, was really funny, and left me wanting to see the sequel which sadly doesn't exist.

Story: The story wasn't uncommon, modern day Hong Gil Dong, or Robin Hood in the US, and the whole family is involved. Very rich with comedy, great comedic timing, and direction was wonderful.

Acting: I think the entire acting cast was pretty damn great. There was no real melodrama, so the cast was able to keep it light and fun. Even when a character is sad, it's funny.

Honestly, for a quick (compared to a full drama) story and a nice night's laugh, this is a great film to watch. Warning, you'll want to see the sequel!! 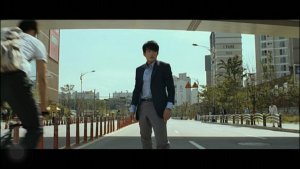