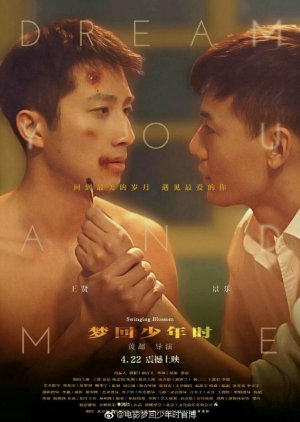 Gu Si Jun, an elderly man who often dreamt about a boy who was his past romantic interest and his failed sexually passive marriage with a woman called Cui Fang. Gu Jun lived at a nursery home with a group of old men. They tease him about Wei Meng Yun, an old woman who seemingly has a romantic interest in him. After moving in with his brother’s family, he decided to help his nephew, Gu Jia in achieving his wish to attend an opening reception hosted by Ma Ming Jin, a popular designer Gu Jia greatly admires. Upon reaching the office of Ma Ming Jin’s company, Si Jun was stunned to see that Ming Jin looked exactly like the boy he knew during his younger times. (Source: wildrainbows.blogspot) Edit Translation 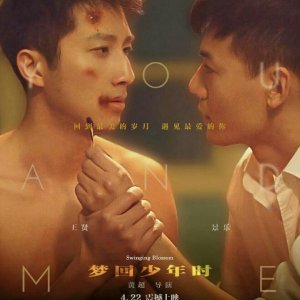 Completed
Polaris
5 people found this review helpful
Other reviews by this user
1
May 20, 2017
Completed 1
Overall 9.0
Story 9.5
Acting/Cast 9.5
Music 8.0
Rewatch Value 10
It, once again, proves China's knack on normalizing weird plots. They don't deal much on explaining how or why things happen; instead, they give you a good story after the "what if". They throw subtle twists and blow your mind with their classic sad endings. But, what I love about this movie is how it reminded me that sad endings aren't always bad... in fact, this one's made me smile.
Was this review helpful to you?

Completed
Senpai
3 people found this review helpful
Other reviews by this user
0
Jun 9, 2017
Completed 0
Overall 6.5
Story 6.0
Acting/Cast 7.0
Music 7.0
Rewatch Value 5.0
Too idealistic and too cruel.
"Swinging Blossom" can not be considered a masterpiece in that it refers to history, after all, although it has a dramatic charge it sins a lot in the script which to me is very superficial though rich in detail.
The acting and cinematography are very positive points, give brightness, but overshadowed by a very fantasy story, the premise of a common love story without adding fanciful elements would be crucial to raise the average of this film.
The soundtrack instead of reflecting the feelings eventually robbed the scene, a convergence of melodies that should have been improved.
Generally a flawed movie, a good idea, but with a confusing story, full of contradictions, full of tricks, and flawed in all the elements that make up a movie.
We may feel that the director wanted to make a discovery, a beautiful gay film, but that in the end turned out to be an obscenity.