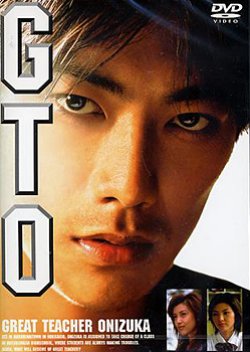 Tohru Fujisawa's popular manga about a wildly irreverent high school teacher comes to the screen in this live-action comedy drama. Eikichi Onizuka (Takashi Sorimachi), who barely earned his teaching degree at a second-rate college, rolls into Horobonai, a small rural town in Northern Japan on his motorcycle to take a job as a substitute instructor. Ever since the closing of the local theme park, Horobonai has fallen into an economic tailspin, and many of the town's teenagers have sunk into a deep depression. Onizuka, however, isn't the sort of person who respects the town's newly somber personality; willing to mouth off to both his students and his superiors, Onizuka isn't much of a teacher, but he knows how to get people interested, and soon his brash style (and willingness to kick a few butts) brings new life to Horobonai. Edit Translation 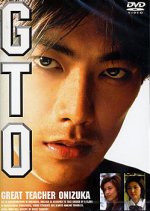 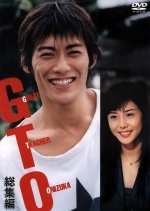 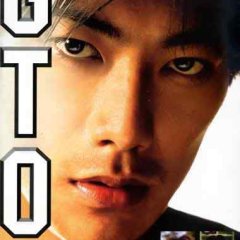 Completed
18jade
4 people found this review helpful
Other reviews by this user
0
Aug 27, 2013
Completed 0
Overall 7.0
Story 5.0
Acting/Cast 7.0
Music 5.0
Rewatch Value 4.0
This movie was a bit strange for me it was like taking two episodes of the drama and squeezing them together. It wasn't bad per say but it's severally lacking in comparison to the drama. One reason might be is the drama had time it gave us 12 episodes to flesh out the cast and become care about them in this medium it can only give us a limited amount of time, I feel that the story of GTO,Gokusen and other stories where the plot is driven by the cast works better as a series because you need the time to care about the cast. The problem with this is also if you've watched any "troubled" school series you know you have one class that has problems and each student contributes to those problems in the the Drama we see Onizuka solving about 10-11 of the class members while the others hand onto the heads of the class the problem with this one is we only see him solve 2 maybe 3 students problems if you really stretch it and because of that you wonder if the class really needed the help, the other members of the class are handled in a speech which makes it feel less personal.

Acting-Sorimachi Takashi brings his all once more but he's really not given anything different so their's not really much to work with and you can't see the variety in the ways he can bond with the student so much of the heart we felt in the drama we have to kinda fill in the blanks.
Story-the story as i stated is like two episodes and I'm not spoiling the end but it feels a bit unoriginal when you see the drama and I felt like they added tension to compensate for the lack of time.

cinematography-the movie didn't seam to have that great production values it might have been the copy i got my hand on but the colors in the movie were very muted, I thought the drama did quite a good job using lighting and color to display the atmosphere but this one seams to be a mess of browns and grays. The shooting is a bit strange It kinda reminded me of Chess games, in the way that it would be in the middle of a sceen and cut to something that is almost irrelevant until it pans out and it really doesn't really work well especially for GTO.

Overall thoughts-It's not horrible it's ok but i've scene their's a lot better stuff out their. If your a fan of the anime or manga and you want to test the waters watch the Drama this probably isn't a good introduction to the live action versions for you. If you've watched the drama you could watch this but you'll find the change in setting,characters and overall mood might be a bit off putting, but it's alright not so bad i wanted to turn the tv off but their's a lot else i could be watching. This movie tried to be for newcomers i because they leave almost no reference in any dialog to the original cast but newcomers will be confused by the pacing and about Onizuka while people who've watched the drama as best might find it an interesting experience but at worst a waste of time that ruins a good end of a Drama.

(you can ignore me from here on out)

What they could have changed-I felt this would have worked better if they made it like a gokusen special where they would use the cast from the drama and write a narrative around it. I would have loved to see a new season of GTO budget constraints and so on but GTO's story and format don't work as a movie, the only way it would work was if you had one person who needed help but since this is a school setting their's a lot of people who you really don't care about now.

Completed
Orius
0 people found this review helpful
Other reviews by this user
0
Mar 24, 2018
Completed 0
Overall 3.0
Story 4.0
Acting/Cast 4.0
Music 3.0
Rewatch Value 1.0
There is a concern I always had about movies adapted from a TV drama - it's rarely good. I think this is especially true among Japanese drama, like Liar Game, another disappointing movie that's an embarrassment to the TV series. I don't know the reason this is so, I could only presume. I presume that they needed an excuse for a movie (because every popular thing needs a big-screen something), so they just came up with whatever. Going into GTO, while I was pleased with the main series and the special in spite of their flawed writing, I had that same concern about this movie being bad... And boy, did it live up to my cynicism.

But first, let me get this straight - this isn't a terrible movie. It's just very blend and average, much like many movies spun off from TV series. I had to stop watching halfway and take a break because I got so bored. If you are aware of GTO in any form, then you pretty much know how this movie is going to go down. Onizuka comes into town, cause some trouble, helps a select few students with their problems because he doesn't have enough time in the one and half hour movie to help everyone, and then everyone would realize what a nice guy and a great teacher he really is, the end.

What usually made the formula interesting in the TV series is how the students' problems were relatable issues we would care about - bullying, death of a friend, being discouraged from pursuing your dreams, betrayal by your loved ones, etc, etc. This time round, however, the hard-hitting sob story just didn't really do anything for me emotionally. It's about a girl, Ayano Katsuragi (Rena Tanaka) whose father's bad reputation got all her classmates to ostracize her. On paper, this has potential for a nice story, but Ayano is just so unlikable and self-entitled, practically whiny - and this is in comparison to the rest of the rotten eggs we've seen in the TV series! And the way the problem was resolved is just so anti-climatic and boring. Being a big-screen movie, you would think that the solution to the problem of the day would be on a bigger and more dramatic scale.

There were also some subplots about supporting characters I could barely care about either. A timid student, Raku (Hideyuki Kasahara) who is bullied (which is resolved quickly) falls in love with Ayano and struggles to confess his feelings, and Kaoru (Norika Fujiwara), a reporter in pursuit of the next big scoop misidentifies Onizuka as a serial criminal on the run. Both subplots are uninteresting and lead to predictable outcomes. The acting of these new stars isn't the greatest either.

But what really drove the final nail in the coffin is the overarching plotline of the school being at risk of getting torn down - again! Isn't this the same plotline from the final episode of the TV series? In fact, we've seen this premise countless times even in American teen movies! How the evil corporations threaten to tear down the poor children's school and they rally together against the mean money-grubbing adults! Hell, there's even a clock tower (also getting torn down) thrown into the mix here! A clock tower! How many clock towers getting torn down have we seen already in these kinds of movies?

You know what I said in my episode review of the TV series, about how the problems with the writing were made up with the charm and the warmth between Onizuka and his students? That warm feeling was the result of 12 episodes of build-up, something this movie unfortunately could never achieve. I wouldn't have been bothered so much if this movie was about one of the older Seirin Academy students from the TV series getting in trouble again. That would at least involve characters I could care about.

It's unfortunate that the end to the 1998 GTO adaptation is so uninspired and lackluster instead of going out with a bang. Here's hoping the 2012 remake (which I am going to watch some time in the near future) will bring something new and refreshing to the table.

New Topic
Be the first to create a discussion for GTO: The Movie