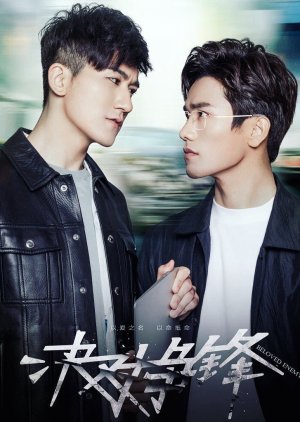 Right on elite businessman Gu Qing Pei’s first day of work at his new workplace, the chairman throws his vigorous and arrogant son Yuan Yang at him. Yuan Yang sees through Qing Pei’s hypocrite mask, but due to his father pressuring him, he can’t hit him. Therefore, Yuan Yang learns for the first time that there are things that can’t be taken care of by money or fists. He continuously tries to get Qing Pei into trouble, but Qing Pei sees it lightly and calmy resolves every issue. However, things are about to change when Yuan Yang asks his friends to do a background check on Qing Pei and finally finds his achilles heel. (Source: CdramaBase) Edit Translation 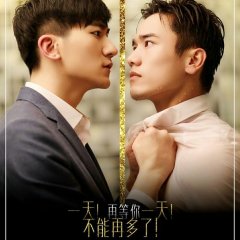 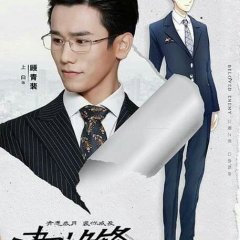 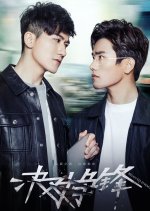 Completed
heerayni
58 people found this review helpful
Other reviews by this user
3
Oct 2, 2017
15 of 15 episodes seen
Completed 3
Overall 8.5
Story 7.5
Acting/Cast 9.0
Music 7.5
Rewatch Value 9.0
This is adopted from a proper BL novel  but is not BL and though they do a good job with taking the story in a non-BL direction, some flavor is still missing in my opinion.
The novel is so much more convincing when it comes to the main relationship, the Beloved Enemies because in it Gu Qing Pei is actually gay and is extremely attractive to other gay men that surround him (His foxy cunning is so alluring). Yuan Yang is young and brash and initially has non consensual sex with GQP, but the passion in their relationship gradually is very convincing. But that is the novel.
This Drama is a separate beast altogether. Though the main relationship remains explosive with unresolved sexual tension that is very palpable, in absence of actual sex a real mentor and pupil relationship comes to a forefront and the progression of said relationship is very realistic. As a rule the story deals with two very different and lonely people who have no one they can trust, as they are thrust into a situation they both don't want while being chained by their temperaments and positions., And the show does very well with the options it got. I mean, I would watch it for the suiting (costumes) and visuals alone, but it also has an intriguing plot and some good arcs and a great eye-candy cast. So kudos to this. I know it's futile, but I hope that one day we will get a proper BL adaptation of this too... *sigh*

Completed
laAKU
19 people found this review helpful
Other reviews by this user
0
Oct 24, 2017
15 of 15 episodes seen
Completed 0
Overall 10
Story 9.5
Acting/Cast 10
Music 9.0
Rewatch Value 10
- The Story -
I really enjoyed it!  It was very well-done, I thought, & decently-paced, in a way that really drew me in, if perhaps while implementing plotlines & characters that one could perhaps say have been done before.  However, personally, I have to disagree with the people who are saying there is absolutely no BL(Boys' Love) present at all; I think you just have to go into it without certain expectations & aware of the ban on any [so-called ]"abnormal" sexuality from being depicted on TV & such that is current in Mainland China at the time of this series' release.  Sure, the more explicit/physical side of the relationship is almost completely sterilized...at very least from what is actually seen or even too directly-implied, but the more I learn about the novel the more I see that it lines up almost exactly with everything that I was able to pick up from the tv series. And I had NO knowledge of the novel's storyline prior to watching the tv series to give me any clues that were not actually present within the tv series itself.  I think people sometimes forget that there is much more to BL & to relationships in general than just outright declarations or the explicit/physical sides of things; and I think at times people also tend to forget that SUBTEXT can also be a very real & canon thing that's used within a story deliberately, not just something which is solely dependant upon people's own personal interpretations or imaginings regardless of the actual canon intention or lack-thereof.

I loved the note that it ended everything on.  I thought it tied all of its introduced story-points up pretty well, and the cameo appearance of a certain actor in an episode as the character he played from another BL movie was I thought a nice little easter-egg to include.

- The Acting -
I thought the acting, at very least of the two lead males especially, was very powerful and welldone & very compelling; I thought they also had excellent chemistry and played very very well off of each other.  From their facial-expressions, to their vocal-tones, & their overall body-language & everything...it was all so excellently conveyed by these actors that, in my opinion, it crossed into that silver/golden line where really great acting actually becomes completely surreal & even almost UNreal to watch for me in how perfectly & how POWERFULLY portrayed it is..when in reality it is actually a pretty rare person who actually conveys their emotions so well or so flawlessly that it is nearly impossible to so-easily mistake except perhaps if you aren't really particularly attentive or learn'd to such specifics or detail.  (But, it wasn't just the leads, many - if not even all - of the rest of the cast also acted very capably well.)  I thought the whole cast embodied their characters well, although - I suppose - I can not truly compare the characters from the tv series to those in the novel...nothing I have heard of the novels so far has really deviated from what I had personally seen in the tv series. Of course, every reader of any novel will have their own ideas regarding that anyhow, I'm sure.

I need to give a special shout-out to the actor who played Da Li though as well, the friend with the headphones worn almost all the time, for really standing out to me by conveying so much in what few scenes he did have even without having much dialogue: he was a total scene-stealer.  He has really expressive eyes, too.

- The Music -
I only rated the music a little lower because, even though I don't recall outright disliking it or anything at any point & in fact I actually quite liked it generally, I don't recall particularly thinking it really stood out as "Wow! this music is ESPECIALLY amazing &/or perfect" at any point  either.  So, for me, I guess the music was good & not bad....but, personally, not particularly outstanding or exceptionally memorable either?.

- The Rewatch Value -
Truthfully, I have already seen the entire series twice -- The first time I watched it without subtitles(& I can barely speak or understand even one word of Chinese myself), and the second time I watched it with subtitles just to doublecheck if I had really been following it properly without the subtitles(which I pretty much had - & I definitely attribute that fact to the skill and prowess of the acting & everything itself).  And I would definitely rewatch it yet again, & I most likely will  very soon, and probably more than once.  I could definitely see myself still revisiting it again, sometimes, even in future years to come.

- Overall -
I'm not saying that it's perfect, but personally I really really liked it!...