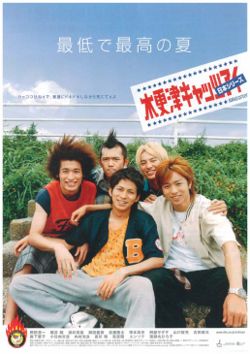 When Bussan learns he has less than a year to live, he decides to continue his life as usual. He spends his time with his friends, a band called Kisarazu Cat's Eye. Their funny adventures range from playing gigs to solving a mystery surrounding counterfeit money, but Bussan's impending death is never far away. Edit Translation 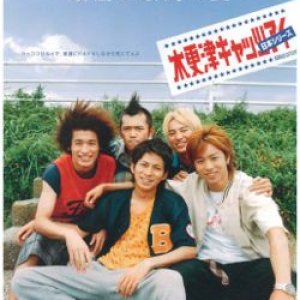 Completed
Yabbe
3 people found this review helpful
Other reviews by this user
0
Dec 27, 2011
Completed 0
Overall 8.0
Story 8.0
Acting/Cast 9.0
Music 8.0
Rewatch Value 6.0
If you've seen the drama then you will probably like this movie. I liked the drama (aside from the mega cheesy acting) so I decided to give the movie a shot.

Yep...the movie is just a weird as the series...

The movie had good acting, decent music, and a crazy messed-up story line (just like the series). I prefer the drama over the movie, but I'm still glad I watch it. It made me laugh and it also made me wonder why the Japanese make such random-ass shows. Anyway, if you like the drama you will most likely enjoy the movie.
Was this review helpful to you?

The story was weird as hell. A lot of going back and forward until the very end, just as I like them. It explains the little things left unexplained in the series and was even funnier than the series itself, even though it uses some of the jokes of the series.

The cast was bigger and got a little better. The music is just as the series, with a new song that I actually enjoyed. Those two hours were just so full of content and funny that it didn't even feel like it was that long.

Definitely worth watching right after the series!

New Topic
Be the first to create a discussion for Kisarazu Cats Eye: Nihon Series