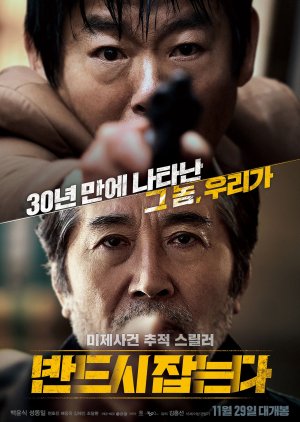 Completed
Hanabi
1 people found this review helpful
Other reviews by this user
0
Oct 5, 2019
Completed 0
Overall 9.0
Story 9.5
Acting/Cast 9.0
Music 9.0
Rewatch Value 9.0
This is an excellent movie overall. This film has pretty good composition and setting. The script-writing here is also excellent, the way how it unfolds the mystery is very good. It's really in another genre of thriller. Good cast of Sung Dong II, and Baek Yoon Shik.

It shows a good persona for an ill-mannered old man, that he is scared that one day no one will like him. It captured the emotions between each one of them having their own hardship trying to pay their rent, but it doesn't get any better even if they tried hard. It also shows the side of being a bad person, will not get anyone to mourn for you when you die, or even worst you die alone in loneliness in your apartment without anyone knowing only to wait for someone to notice you. But among all these edginess, he is actually very concern about his life down the road. The kind of feeling, that doesn't speak much but inside is actually very concerned and scared.

While Sung Dong II here plays an important role of being an Alzheimer person. Sometimes it makes us think whether is he mentally alright, or still retains its consciousness about the situation in reality. His role really turns the whole situation. His character has shown a person of a living dead, a person with so much agony but can't find justice to it. Like how the victims that the culprit has done, paralysing them on their speech but still able to see, touch and hear.

Completed
Senpai
0 people found this review helpful
Other reviews by this user
0
Dec 24, 2017
Completed 0
Overall 7.0
Story 7.0
Acting/Cast 8.0
Music 7.5
Rewatch Value 6.0
Cinematographically  the film looks like a series of scenes that combine the artist's  personal touch serialized into a WebToon, slow action, fast rollback. A special attempt that was possible thanks to the special genre that this film presents. "The  Chase" follows the formula of any crime thriller, but completes its own  color by adding a wrapping paper that is no longer a problem of old age  or akin to a similar skeleton of any film of the genre. It's a very clever idea. Although  it is a heavy subject, it is compiled by the criminal thriller, which  is an accelerated genre, so that the public can take on social messages  without fail.