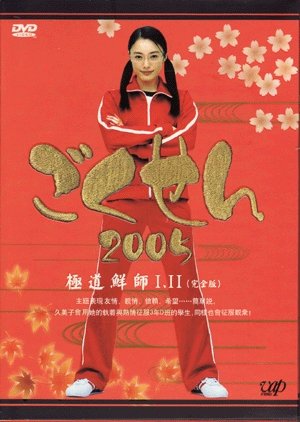 Half a year has passed, and Shirokin Gakuen has closed down. Yamaguchi Kumiko finds herself a teacher of a few young kids, who don't really benefit much from her style of teaching. Through some twist of fate, she is offered a job as a teacher in Kurogin Gakuen. She becomes the teacher of a delinquent 3D class which make her previous students look like angels. In order to protect her job, she must again hide her true identity - the fact that she is the 4th generation of the Oedo Family, a prominent yakuza group. Edit Translation 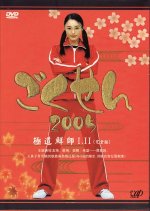 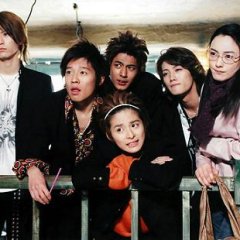 Completed
Crazy4You
14 people found this review helpful
Other reviews by this user
0
Oct 27, 2011
10 of 10 episodes seen
Completed 0
Overall 9.0
Story 8.0
Acting/Cast 9.0
Music 7.0
Rewatch Value 8.0
After watching the first season I wasn't sure how I'd like this one. But I was surprised and found myself actually enjoying this one just as much if not more. One this is for sure - you don't have to watch this series in order. While the story is quite similar to the first season - it's a whole new group of students and therefore new stories, new problems.

While the original Gokusen had popular names such as Matsumoto Jun and Oguri Shun, Gokusen 2 has Kamenashi Kazuya, Akanishi Jin, Hayami Mokomichi, and Koike Teppei. For those who've seen the first Gokusen you'll find familiar faces also among the cast - and a return of Kuma! One of my favorites from the first season, I was happy to see him return in Gokusen 2!

The acting was great, I loved the entire cast!

The music wasn't anything special - the theme song changed from "Feel Your Breeze" to "No More Cry" at the end which wasn't a bad song. I loved Kamenashi Kazuya's "Kizuna" that was played during the drama, though (:

I can see myself rewatching this drama sometime, but probably not for a long time.

Overall - I enjoyed it just as much as the first season. For those of you who have seen the first season - you won't be disappointed with this one. For those who haven't seen any of the seasons yet but are curious because you like the cast - watch it! (:

Completed
Keurinibae
11 people found this review helpful
Other reviews by this user
0
Jun 6, 2011
10 of 10 episodes seen
Completed 0
Overall 10
Story 10
Acting/Cast 10
Music 10
Rewatch Value 10
With the original leaving a lasting impression on me, I fully expected to enjoy this round of Gokusen. I wasn't disappointed in the least, I'm proud to say. With such names as Jin Akanishi and Kazuya Kamenashi on the cast along with brilliant actors portraying their classmates, along with the return of Kuma, this show was destined to be a hit from the start. Uplifting life lessons combined with the amusing antics of this group of high school rascals makes Gokusen 2 an enjoyable watch from start to finish. I will definitely rewatch this show anytime, and heartily recommend it to others. 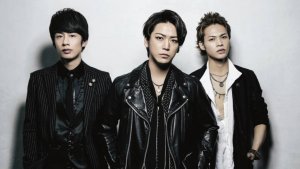