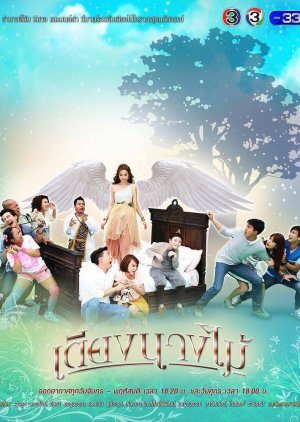 Vana is a nymph whose forest is invaded by a black magician/sorcerer, with his men, who wants to get the nymph’s heart for his evil doings. Vana’s tree where the heart is located, is cut down and made into a bed. Vana has to fled the forest and she has to stay where the bed is being used as part of the furniture for a rented room. Nobody has been able to stay in that room for long as it is claimed to be haunted. Ton is a young man working in the furniture department at a company. He rents the room despite the claims that there are ghosts living there. At the beginning, Ton and Vana do not get along. Then they need to work together to defeat the bad guys who are still trying to make full use of the nymph’s heart for their evil plans. Edit Translation 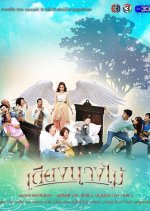 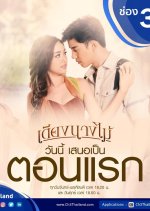 Completed
miss_kayti
9 people found this review helpful
Other reviews by this user
0
Dec 11, 2017
17 of 17 episodes seen
Completed 0
Overall 7.5
Story 8.0
Acting/Cast 9.5
Music 8.0
Rewatch Value 6.0
This was one of those cute dramas. You know, where the main couple just love each other. They can't love each other, obviously, because he's human and she's a nymph, but they do anyway, and it's beautiful. Ton is a kind, understanding man who will do anything for his friends and his love, and Vana is a kind, beautiful Nymph who just wants to save her friends and the forest. They're perfect for each other, and there's no fighting, no misunderstandings; any conflict comes from outside forces, not from themselves. The two of them band together to fight the bad guy and so we follow their journey; that's the plot. But they have a connection immediately, and so their relationship grows from there. There are also two secondary couples as well as the main couple, and they are both also really lovely to watch. Frustrating sometimes (Ton's friend Yoghurt is super annoying at first but she gets better), and more generic than the main couple, but overall funny and sweet.

I would say that it's not an overly original drama but that it doesn't feel cliched in a bad way.

Now, there are characters you don't even need to watch. I fully admit that once I got to episode 6 or so, I just started fast forwarding straight past the rich mother/father pair (who were meant to be humorous but all of their scenes were either the father cheating on his wife, or the wife screeching about something), the douchebag and mistress pair, and even sometimes the evil witch and his cronies. It's the kind of drama where seeing those scenes at triple speed and not reading every single subtitle is fine because there's nothing you can't figure out when Ton and Vana are next on screen anyway.

The special effects were about what you'd expect. I've definitely seen worse.

I would rewatch this but just Ton and Vana's scenes, just to watch them stare into each others eyes and look beautiful. Those actors had chemistry, I hope I can see both of them in more dramas to come. It helps that they're both very attractive.

Completed
asiandramafan
3 people found this review helpful
Other reviews by this user
0
Apr 25, 2018
17 of 17 episodes seen
Completed 0
Overall 10
Story 9.5
Acting/Cast 10
Music 8.0
Rewatch Value 10
I haven't cried this much lately while I was watching a lakorn. Ton the male lead is such a loving, caring guy that It makes me wonder why men are not like this in real life :)

It's one of the rare lakorns that you'll love all the characters in it. From Squirrel boy to the white witch

No fighting, no jealousy, no crazy ex.

The special effects not the worse but watchable .

There's a lot of comedy in it, The father who's cheating, the heir son who wants to be a singer, the other residents of the apartment, security guy and his daughter, his daughter keeps using korean and calls him Appa all the time lol

Only hint I can give you is everyone ends up being a couple, getting married and giving birth :)