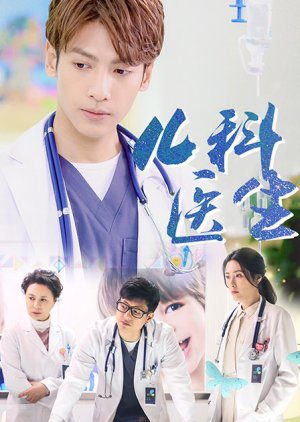 About a love between two doctors Tang Yujia and Shen He who are married and can't tell anyone their love life. However, on the other hand, Tang Yujia's dad made her go on a blind date with Yu Xi. Then Tang Yujia decides to tell her dad the relationship between her and Shen He, but only tells him that they are just dating. Her dad forces Tang and Shen to break up. Destined to be together, Shen and Tang deal with pressure from their love, life, and family. Will they in the end be together or fail and leave each other? Edit Translation 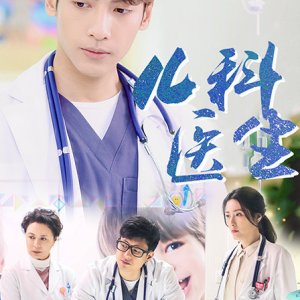 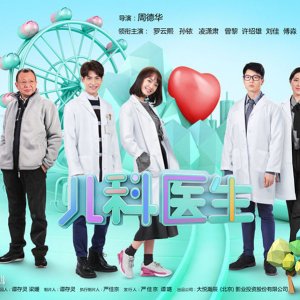 Dropped 18/42
Richel
7 people found this review helpful
Other reviews by this user
0
Sep 29, 2018
18 of 42 episodes seen
Dropped 0
Overall 4.0
Story 3.5
Acting/Cast 6.0
Music 4.0
Rewatch Value 1.0
(I’d like to precede this review by saying that the current synopsis is almost as horrid as the show itself. While the romance is…really something, a bulk of the show has to do with medical drama and takes place in the hospital.)

I like to believe that I'm a patient spirit when it comes to television. I can take ridiculous cliches and stereotypical characters. If a show is bad enough, I can watch it through to the end out of pure curiosity—how bad can it get? But holy moly, you’d have to pay me a year’s salary plus benefits to get through this entire thing.

In the Chinese dramasphere, there’s this phrase: “gou xie”, literally “dog’s blood." Created by combining the Chinese word for “enough” and the transliteration of the elegant English word “shit,” this umbrella term is applied to a TV show’s components when they become preposterously intolerable.

Can you see where this is going?

What about "Pediatrician" would make me call it out as being "gou xie"? A more challenging question would be what about it isn't so cringeworthy. The worst offender is the romance, the poor execution of which also happened to be the sole reason I refused to continue watching.

The female lead is gross. Less than five minutes into the second episode, you quickly realize that she treats Shen He like garbage. When the summary says that their marriage is a secret, it’s 1% because her dad would bring hell upon them and 99% because this chick is constructed from grade-A wench material. She demands that her husband tell no one that they’re married; no, that they’re even a couple! Why? She doesn’t want to be seen as an old, taken woman. Yes; in China—the same place that shames women for not getting married by thirty—this lady in her mid-twenties thinks being single is more socially-acceptable...okay, let's not get sidetracked.

She gets pissed whenever Shen He isn’t unconditionally on her side about everything since as her husband, he should always agree with her. I’m sorry; since when does the relationship status of “married” only apply based on convenience? She’s constantly playing with his feelings, calling him irrational when he tries to reason with her and dismissing his discomfort with her misbehavior. This is not how someone should act toward anyone, let alone toward a loved one.

There is literally nothing about this relationship that appeals to the audience. Forget that she’s an unlikeable character; the issue is that she’s unlikeable, but we’re supposed to believe that she matches well with the sweet male lead. The interactions between these two are basically the same as a brother trying to subdue his baby sister whose default state is that of throwing tantrums. No chemistry is possible between these two people, yet each episode shoves them in your face until you’d rather not see either of them. At all. Ever.

Sadly, the medical end of the story isn't much to brag about, either. Looking at the problems surrounding medical care of children is such an interesting topic, yet this show somehow even ruined that. Putting aside all the technicals of hospital operations, there is hardly any emotion put into the issues of these kids. With too much showtime given to the nightmare of a romance, there isn't enough given to fleshing out each of these children’s stories. Also, it's very hard to focus on Jia Jia as a responsible doctor when all you can imagine is how she'll screw over her husband within the next fifteen minutes.

The only reason I even began this drama was Luo Yun Xi. This guy’s acting abilities soar through the roof and he has an excellent face to boot (though his hair in this one is…well, we don’t talk about that). But apparently, there's a limit to my adoration and that limit goes by the title of "Pediatrician." There was nothing more that Yun Xi could have done to cool down this hot mess of a drama. This really goes for all of the actors—I get the feeling that some of them are actually good at acting, but the subpar writing just doesn’t allow any of them to show their potential. Instead, they end up being very stiff and awkward; and you can't blame them.

Even not having finished it, dragging myself through 18 episodes is enough to recommend a solid “pass” for this one. The romance leaves a bad taste on one’s tongue and the medical drama is lukewarm. If you're looking for quality, this is not worth the time at all. 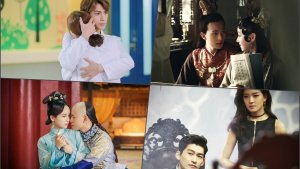