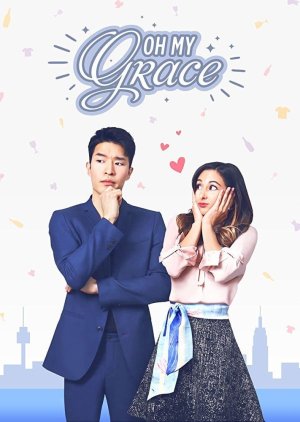 Feeling like the epitome of failure, recent college graduate Grace (Grace Subervi) drunkenly stumbles her way through New York City, making her way to, and eventually into, the Hudson River. Upon awakening, she finds herself in another world — or rather, another country: South Korea. Her troubles only worsen when she literally bumps into Kyung Hwan, a wealthy boutique owner with little patience to spare. Through Kyung Hwan, she meets aspiring K-pop idol, David, where all three come to terms with what it means to pursue their dreams. DramaFever’s first ever original drama series! Edit Translation 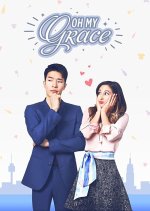 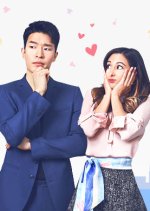 Completed
AlohaAlex
13 people found this review helpful
Other reviews by this user
1
Dec 9, 2017
7 of 7 episodes seen
Completed 1
Overall 2.0
Story 2.0
Acting/Cast 3.0
Music 5.0
Rewatch Value 1.0
It's a Dramafever original! My expectations weren't high to begin with, but I was cautiously optimistic since a) It's Dramafever's first drama and b) It' only seven 7-minute episodes.

After the first episode I knew it wasn't really good, but hey, it's important to try and it might improve.
After watching the whole drama, I can safely say it's been a while since I saw such a humongous dumpster fire.

Story: rushed and unconnected. They tried to squeeze in the whole 20 hour drama storyline in 49 minutes. It didn't work. Even the cliches seemed rushed. Still, we glimpsed the following: getting drunk, piggyback ride, eating food from street stalls, rich heir and poor girl trope, rebellious heir, love triangle, second lead syndrome, tsundere male lead and the poor girl getting a makeover trope. Ugh. Add in the open ending, terrible "inspirational" one-liners and a general sense of hopelessness as to where this plot is going and what you get is a whole new level of unwatchable. Honestly, if it wasn't this short, I wouldn't have made it.

Filming: do you like a shaky camera with lots of refocusing and jump cut scenes? If so, you're up for a real treat. My personal favorite was the scene in which they walk down the road - it lasts 5 seconds and has 3 jump cut scenes. We're on one end of the road. And now in the middle. And now at the other end! Wasn't this exciting? Yay.

Acting: I dislike insulting actors for their work so I'l just say the nicest things I can. They didn't stutter and the second lead's dancing was better than expected.

Rewatch value: it has one? Honestly, if you want to watch a romantic short drama you're better off with pretty much anything. May I suggest Another Parting, Between Friendship and Love, The Boy Next Door, She is 200 Years Old? They're all under 2 hours long.

Good points: imagine all the money you'd save on plane tickets if all it took to travel across the ocean was to get drunk and pass out near the sea.

Bad points: everything else

Completed
HappySqueak
4 people found this review helpful
Other reviews by this user
0
Dec 9, 2017
7 of 7 episodes seen
Completed 0
Overall 1.0
Story 1.0
Acting/Cast 1.0
Music 2.0
Rewatch Value 1.0
I try to be fairly open minded when approaching dramas, but the trailer made me really nervous to watch this. Something about female lead is instantly not likeable, maybe it's a lack of feeling of genuine personality or an overworked trope she has to portray. Her movement exaggerations seem very over performed rather than a natural action carried out. Her Korean lines sounded better than her lines delivered in English which fell very flat and sound very 'read'. The fact that a woman her age cannot figure out how to fold clothes into a bag was a final straw for me...I mean it's not rocket science. The only thing she seems good at is getting drunk. They should have cast a sassy girl who is excellent at improv like Megan Bowen (youtube). Somehow the story didn't really pull together overall so it might leave you annoyed and unsatisfied. Poor male actors did what they could with what they were given to work with, they tried  but they just couldn't sell it!
For drama with non-Asian lead, I suggest Tamra the Island. 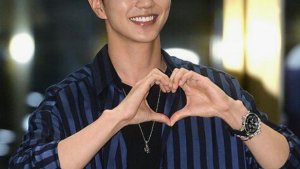 K-Dramas: Watch This! Not That!