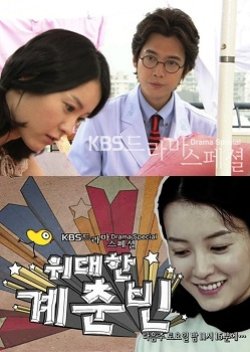 This is the story of Gye Choon Bin, a quirky and spunky kindergarten teacher, and Wang Ki Nam, a timid art therapist who cannot even earn enough to pay his rent. Ki Nam's developing relationship with Gye Choon Bin helps him overcome his fear of the dark and fall in love. Edit Translation 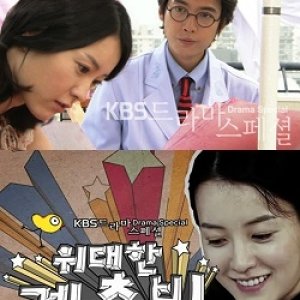 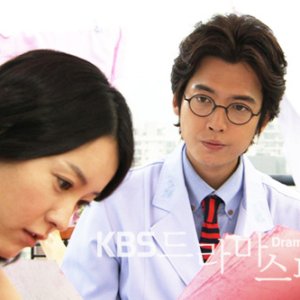 Completed
smolsunflower
6 people found this review helpful
Other reviews by this user
0
Jul 23, 2012
1 of 1 episodes seen
Completed 0
Overall 10
Story 9.0
Acting/Cast 9.0
Music 9.0
Rewatch Value 8.0
This is a Drama special, so the plot needed to be simple but still interesting, and this drama did that greatly.
I gave this drama special a high score because personally this kind of drama i really enjoy, lighthearted, sweet, and meaningful, something that really make makes you go awww~ and fall in love.

Story - the drama wasn't slow passed or going too fast, its a drama you want to watch that will get your mood up. i wouldn't say its the most original plot but its loveable. sometimes when watching a movie or drama i feel some scenes or dialogue is unnecessary, but this was one of those that had every second used up perfectly, you don't want to miss anything.

Music - From what i remember there was only one song, Feist - La Même Histoire. its a beautiful song have no clue what the lyrics are but just listening to it gives off a lighthearted feeling like the drama. it plays near the end and fits the scene so perfectly.

Rewatch - i gave this a 8 because i never rewatch stuff because i already know whats gonna happen but this drama special is something i wouldn't mind watching again when i need a little cheering up or maybe on a lazy day.

if i was to speak artistically, i would say when i think of this drama special, i imagine a beautiful sunny day with a light breeze and a lite rain (spitting) and always see that scene in the drama where there a bridge and the path below is surrounded by a wall and its all covered in bright green leaves. ( not very good at explaining things but you'll know what i mean when you see it)

New Topic
Be the first to create a discussion for Drama Special Season 1: The Great Gye Choon Bin