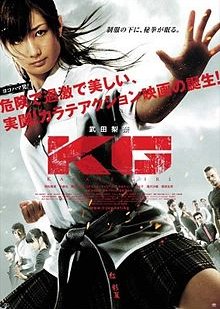 In Okinawa, Ayaka Kurenai was born in the world?s greatest legendary Karate family. When she was a child, her family was attacked by a mysterious gang that seeks legendary black belt. Her father Soujiro Kurenai was killed and her younger sister was taken in front of her. Time has passed. In Yokohama, she was spending her life as a normal high school girl, hiding her real name and her status as a heir of the legendary Karate family. However, one incident brought her a fateful encounter with her sister who was separated in their childhood. But, her sister was raised as a heartless killing machine by the mysterious gang who took her. . . Edit Translation 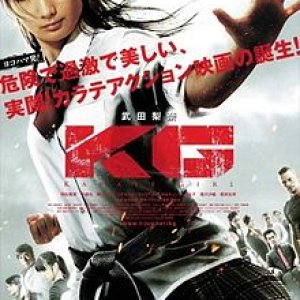 Completed
Melwill28
2 people found this review helpful
Other reviews by this user
0
Aug 12, 2011
Completed 0
Overall 5.0
Story 7.0
Acting/Cast 3.0
Music 5.0
Rewatch Value 3.0
I liked the story, but the acting was bad. The costume department needs help b/c at the end they sent the lead actress to fight in a school uniform. Who goes to a fight in a skirt? Really! It just showed how sexiest some directors r & how they tried to fuel the school girl fetish. Yeah I said it! I would watch this again if it was remade w/ a little more content to the story about the sisters. There needs to be more background on their lives to understand the characters. Not just the time when they were split up. The villain was retarded & at times I felt was mentally disturbed. I figure he had obsessive compulsive personality disorder to be so hung up on a belt even if it was some famous guys belt. Neways I really don't care to ever watch this again & am kinda sorry I watched it in the first place. Even though it did have some pretty cool fight scenes.