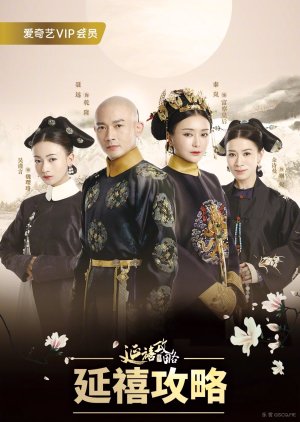 A story revolving around a palace maid with a plucky attitude, street smarts, and a good heart as she maneuvers the dangers in the palace to become a concubine of Emperor Qian Long. During the 6th year of the Qian Long's reign, Wei Ying Luo finds her way to the Forbidden City as a palace maid to investigate the truth behind her older sister's death. She vows to exact justice after learning that Hong Zhou is connected to the case. The kind and gentle Empress Xiao Xian Chun worries that Wei Ying Luo would tread on a path of no return, so she does everything in her power to help Ying Luo and to be her pillar of support. Under the Empress' guidance, Ying Luo becomes a female official and starts to let go of her hatred. However, the Empress dies an untimely death. Misunderstandings arise between Ying Luo and Emperor Qian Long yet they eventually learn to see eye to eye and to find comfort in each other inside the palace that is full of intrigue and conspiracy. (Source: ChineseDrama.info) Edit Translation 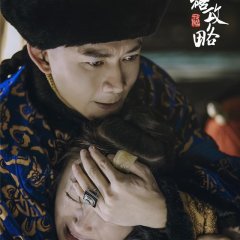 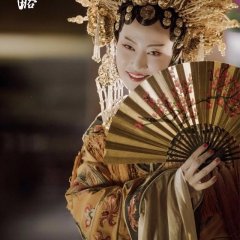 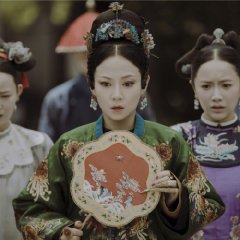 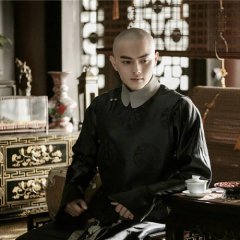 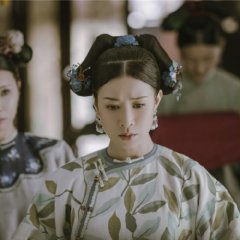 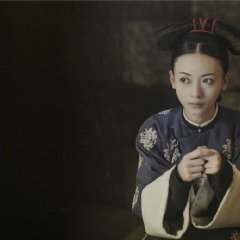 Completed
cnguyen1031
50 people found this review helpful
Other reviews by this user
2
Aug 30, 2018
70 of 70 episodes seen
Completed 2
Overall 9.0
Story 8.5
Acting/Cast 9.0
Music 9.0
Rewatch Value 9.0
70 episodes later and I'm still wishing that there was more of this story to watch. Story of Yanxi Palace is rightfully the most popular C-Drama of 2018. Millions and millions of views, people talking about it on end (in China). It was quick witted and funny. It was dramatic and emotional. It had loveable characters. It had cunning villains. It had romantic relationships. It had strong friendships. It had the bonds of family.

STORY:
The synopsis of this drama honestly seems fairly bland - a young slave girl enters the palace and soon moves her way up the ranks of the inner harem to become the most powerful woman. It's a story that's been done and told before. There is the little twist of the young girl seeking revenge for the death of her sister, but overall it just doesn't seem like anything that out of the box or extraordinary. Nonetheless, being an avid fan of Chinese imperial dramas, I took on this 70 episode beast, and I'm so glad I did.

The story itself is honestly nothing very new. Inner harem fighting for the emperor's affections, trying to get their child to be favored in order to become the new emperor, etc. But the pacing of this drama was very well done and it really is the characters that bring this story to life.

Beginning with the main female lead - Wei Ying Luo. I'll definitely admit/agree that if this was more true to reality, she would've died a long time ago. The amount of things she gets away with is ridiculous and it's all just because someone (the Queen, the queen's brother, the emperor - unknowingly) cares for her and just helps her out of situations. Putting that aside, Ying Luo's character is really what made the drama for me (in combination with her relationship with the other main characters). She is not just strong and loyal, but she is ridiculously cunning and quick witted. She is caring and loving, but doesn't let that get in the way of achieving her goals (which is revenge more than it is just to win someone's affections, like these types of dramas often feature). She also has that playful side to her (whether or not it is an act or if it's really just who she is). Other people had issues with her characterization, but honestly I think it was someone somewhat new and noteworthy.

Moving past Ying Luo's actual character, her relationships with the empress, the emperor, and with the other side characters again really made this drama different and special. There was a complete and true sense of loyalty and love between Ying Luo and the empress. They both completed something for the other person that they were lacking. Ying Luo lost her older sister and mother figure and the Empress become that for her. The Empress felt that she lost her freedom and innocence to the rules and regulations of being the empress and Ying Luo was that figure of freedom that she needed.

Ying Luo's romantic relationships were both enjoyable to watch as well. With Fu Heng (the empress' brother) it was a first love that was just full of understanding and wanting what was the best for the other person. With the emperor it developed from him somewhat hating her and wanting to have her killed many times to the playful and caring relationship (with many misunderstandings along the way of course). Particularly with the emperor, this relationship she had with him was refreshing and new. They weren't just playful with each other but really played pranks on one another and were not afraid to express their real intentions for the most part.

ACTING:
The main four actors - Wu Jin Yan (Wei Ying Luo), Qin Lan (Empress), Nie Yuan (Emperor), and Charmaine Sheh (Consort Xian/Step Empress) - were all impressive and breathtaking. They all excelled at portraying their characters and bringing them all to life. There were emotional moments, angry moments, funny moments, playful moments, etc. Honestly they were all really great with their interactions with one another and really made this drama come to life.

REWATCH VALUE:
Probably because I was watching this as it aired, so the drama never felt very long or draggy to me. It flowed very well and it was always very captivating. I will admit that while watching it there were times that I felt like the events of the drama felt a bit downplayed and could have had a bigger impact (on the characters and the audience), but then I realized that this drama wasn't meant to be this huge over dramatic production and that really worked for this drama. It was supposed to resonate with people internally more than it just made people go "omg" while watching (though there were those moments as well). It was definitely worthwhile and will definitely be on my list to rewatch (especially when there are english subs available because I missed out on a lot of the political talk and the idioms and whatnot).

Completed
LLL
24 people found this review helpful
Other reviews by this user
0
Aug 26, 2018
70 of 70 episodes seen
Completed 0
Overall 9.5
Story 9.5
Acting/Cast 9.0
Music 8.0
Rewatch Value 9.0
I originally didn't start watching this drama till around 40 episodes or so had been aired as my friends all couldn't seem to stop raving about it. I'm glad I did though because this drama is hands down one of the best I've ever watched (within my top three). I'm not completely fluent in Chinese so am aware I might have missed minor plot details throughout but even so it was worth watching and I may re-watch when the episodes have been subbed.

This drama is in some ways your typical historical Chinese palace drama which as expected, revolves around rivalry between concubines and endless plots to take each other out of the picture. However, Yanxi Palace provides a less conformative story line with an independent and smart heroine who is loyal to those who genuinely help her and doesn't take BS from anyone (even the emperor). The plot twists within the drama were also unique and often unexpected, when watching I never knew what was going to happen next. It is these minor details that differ it from other palace dramas and make it worth a watch.

I'm sad this is over especially as who knows when I'll next find a drama that can match up to it but I wholeheartedly recommend this drama to anyone who doesn't mind seeing all the male characters with the half shaven head hairstyle (doesn't matter how many dramas I watch, still not a fan) and likes a sassy and smart heroine who stays true to herself. 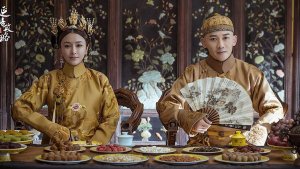 The REAL Love Story of Emperor Qianlong & Empress Fucha: How Accurate Was SOYP?