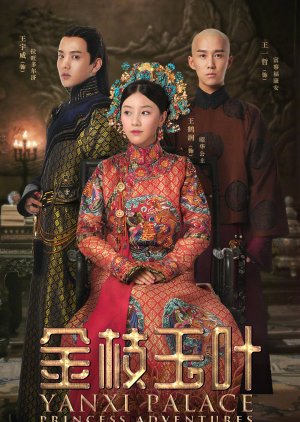 A determined Qing dynasty princess contends with palace intrigue and a vendetta against her family while navigating the treacherous terrain of romance. (Source: Netflix) Edit Translation 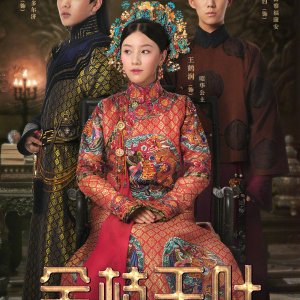 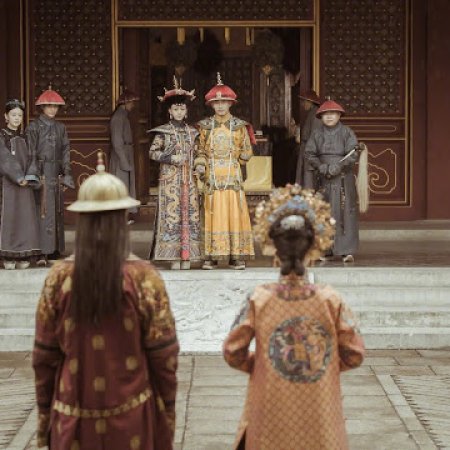 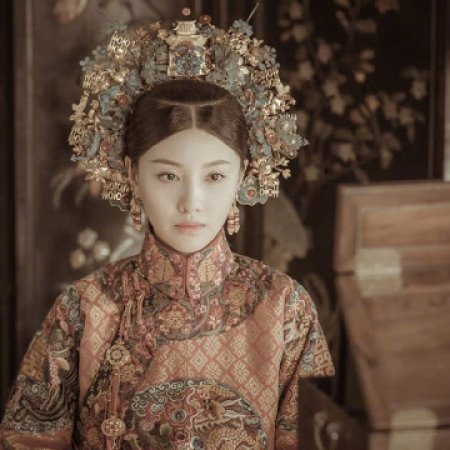 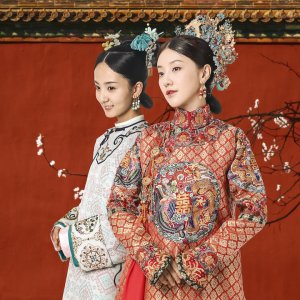 Why only 6 episodes?? TT^TT

When I open netflix this morning after sessions of insomnia, I was shocked to find Yanxi Palace on my screen. I was so happy, I thought the original Yanxi Palace has been available on netflix as I rewatch that series quite often. Looking it closer, eh it has additional title; Princess Adventures.

So it's about Imperial Princess Zhaohua! We all know from the original drama, we didn't get to see Wei Yingluo and Emperor's two adorable daughters, so maybe this series was making up for it. I was elated and happy.

The story introduces Zhaohua as a strong-headed character. She's the most favored princess in the kingdom, loved by her aniang, ahma, and taihou. She has coming of age and ready to marry. She already has this fiance, a Mongolian qinwang who has betrothed to her for five years and stayed within the Palace to familiarize with her.

Since the original Yanxi Palace, I was full with the expectations of intrigue, politics, and heavy plot, therefore to start with some engagement story at the beginning was quite upsetting for me. Moreover, Zhaohua's character was very different than the cool-headed and calculating Yingluo. But since I'm curious and just wished to see more of Emperor and Yingluo's interactions, I continue.

The story was simple, with enough twists and strong plot for a short, side story of 6-episodes drama. It's actually quite brilliant and well-managed. The cinematography, costume, make-up, color tone (some people hate the color tone of this drama but I love the aesthetics of it and how it's affected the expression and mood tone of the plot) all are very good production, the same quality as the first.

The acting, especially Zhao Hua's was exceptionally good. Her expressions were amazing, convincing the person she had inside her.

I didn't notice there were only 6 episodes, I thought the rest just hasn't been uploaded, but then I realized they only introduce a handful characters throughout the story except the ones we've had from the original cast.

In the end, all characters didn't disappoint and deliver all the expectations I carried from the original Yanxi Palace. For those of you who haven't watch it, go watch the parent series! They provide you with a lot of satisfying b*tchslapping.

I didn't give them a high score on the music because they use the same one from the original series, so just re-production.

I desperately want more TT^TT I especially like the qinwang.

Not what I expected...

I was excited to hear about this sequel starring the daughter of Ying Luo and non-biological son of Fu Heng, but now that I've finished, it was rather disappointing.

It started off strong, with beautiful costume/production/music and the plot was developing smoothly. They used the same OST and BGM from the parent story, Story of Yanxi Palace, so I liked the nostalgic feel to it. Especially the dramatic BGM that was added at certain moments.

However, as there were only 6 episodes, the pacing was rather fast? I couldn't catch up. Prince Chaoyong didn't have as much screen time as Fu Kang'an, but he started off not liking Zhao Hua and then in episode 2 or 3, he suddenly started loving her? One minute Zhao Hua didn't like Fu Kang'an and later, she did. Then, when he betrayed her and she disappeared, it got even more confusing. I didn't get what was going on. I'm guessing they didn't have the time to explain it so they rushed it at the end when Zhao Hua and Prince Chaoyong got married and the truth was revealed as the plot twist. I suppose it was satisfying to find out Zhao Hua got her revenge on Princess Siwan, Fu Kang'an, and Prince Chaoyong, but I wish they showed the process more instead of just throwing it out there at the end with a few words.

I feel like with the limited 6 episodes, the falling in love and later betrayal of Fu Kang'an wasn't as heartfelt to me as a viewer. Everything happened so fast. There wasn't enough time for me to take in each character and how they slowly grew to have feelings for another. The plot twist revealed at the last minute of the last episode also didn't land well for me. I wish they explained it more?

The plot twist for how Fu Kang'an was not the Emperor's son was greatly executed though! I was shocked and loved how they revealed it through Wei Ying Luo's speculations. :) My favorite scene of the drama. I just love it when Wei Ying Luo has the upper hand and reveals it. Really reminded me of the parent story. I loved seeing the old cast too, it was nice that they didn't replace them and got them all back to act their parts. Wei Ying Luo's scenes were the most satisfying parts to watch- especially when she went to Fuca House after Zhao Hua disappears.

Overall, super fast-paced, historical romance but it was nice to see the old cast if you loved the parent story. Plot was alright, used up all the cliches for the romance and was rushed in my opinion for 6 episodes. Some scenes could have been better explained. Give it a try if you miss Wei Ying Luo and you're curious about her daughter, Zhao Hua, who is more like her mother than others believe.

"Everybody says I'm not like my mother. They're wrong."

New Topic
Be the first to create a discussion for Yanxi Palace: Princess Adventures

Choi Yoon is my life
26 edits