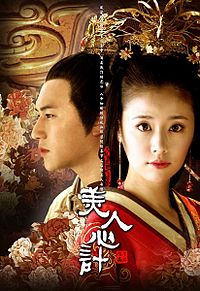 Set in Chang'an, China during the beginnings of the Han Dynasty, Meiren Xinji tells a dramatized account of Empress Dou and how her efforts and achievements in the royal court positively influenced the reign of her husband Emperor Wen, which paved the way for the creation of the Rule of Wen and Jing. Edit Translation 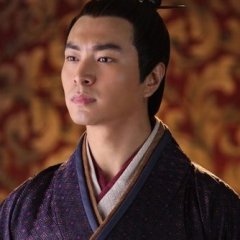 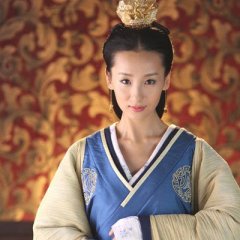 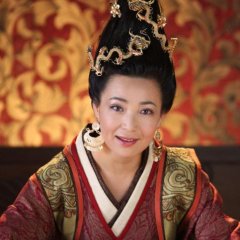 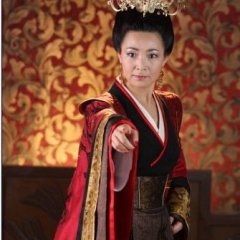 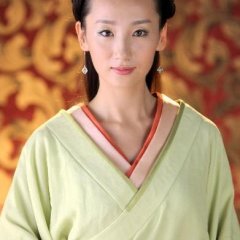 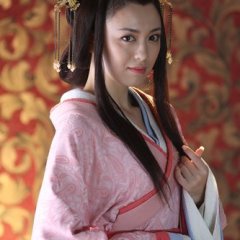 Completed
moondust
6 people found this review helpful
Other reviews by this user
0
Dec 3, 2016
40 of 40 episodes seen
Completed 0
Overall 8.0
Story 8.5
Acting/Cast 8.0
Music 6.0
Rewatch Value 6.0
Schemes of a Beauty follows the life of Empress Dou Yifang (Ruby Lin) of Han, who founded a peaceful and flourishing era of Han rule in Chinese history along with her husband Emperor Wen (Sammul Chan). The lot of the tale however, is there is more to a beautiful woman than meets the eye in the world of ancient politics.

There's quite a lot to like about Schemes of a Beauty, yet many instances where things could be greatly improved, given the premise and star-studded cast. And like most Chinese dramas, it is guilty of dragging issues and inconsistency in writing, as well as poor execution in certain parts. Having said that, I can forgive the dragginess for its necessity to the development of the plot rather than trying to be something it is not.

Acting: The main leads Sammul and Ruby as the Emperor and Empress, are decent. I would not say they carried the drama, as it is a story that involves contributions of many characters and actors, but they delivered. They had good chemistry, and were convincing as a young married royal pair who always placed their obligations to their country first, yet remained devoted to one another over the years though not without conflicts. Neither were standouts but Ruby did steal a few major scenes when needed. The strange thing about Ruby Lin is she is no outstanding actress, but seems to have great chemistry with whoever she works with - both actors AND actresses (aside from Sammul, she also worked really well with Yang Mi and Luo Jin), and in every drama, there is bound to be a scene or two (usually the pivotal moments too) where she completely steals it.

But Sammul and Ruby are hardly the only stars, in fact the real dealbreaker lies in the strong supporting cast rounded out by Yang Mi, Mickey He, Luo Jin, Wang Likun and guest stars Feng Shao Feng and Myolie Wu. Dare to say most touching and heartfelt performances came from the secondary cast, and the veteran actresses were spectacular.

Story & Characters: The characters are some of the most multi-faceted and balanced I've seen. But perhaps the greatest thing about the story is that none of the secondary characters are robbed of a great storyline either. Overall I like how nothing was ever truly predictable, there were even instances where Dou Yifang who we all know to be super intelligent has outdone herself. Also great is how the story plays out over the years and follows the lives of multiple characters not just the main ones, and how they are all intertwine.

Parts of the drama can be draggy, and overall tone and content is heavy. A solid drama, especially the very strong start to the drama, with very well developed characters and relationships.

Completed
Sakurax
5 people found this review helpful
Other reviews by this user
0
Feb 16, 2012
40 of 40 episodes seen
Completed 0
Overall 7.0
Story 7.0
Acting/Cast 9.0
Music 6.0
Rewatch Value 6.0
As an avid Ruby Lin fan (from her days as Princess Jianning NOT 'Princess Pearl'), I was first drawn to this drama by her involvement. Then they rolled out the publicity for the elaborate costumes and red carpet list of high profile actors, and my heart was lost completely.

Romanticism aside, the drama itself turned out to be a little less than I expected, but still very, very good.
The twists are not necessarily riveting, but they're complicated enough to keep you interested.

STORY:
The backstory for Dou Yi Fang is actually a little ridiculous and features (as usual) Ruby playing first, the mother of the protagonist, and then the protagonist herself. It's your typical tragic orphan story, turned cinderella.
It isn't until Dou Yi Fang enters the palace as a maid, reuinited with her childhood friend Shen'er, does the story get interesting as palace politics and intrigues take over. Her intelligence is a little exaggerated here, with the extent of her intelligence being displayed by little tricks, and convenient politics. (Watch and you'll know what I mean).
It's is Shen'er's story that ends up being far more interesting, which is strange, considering the actress, Wang Li Kun, is far less well known.

ACTORS:
Ruby and Sammul are well known for their acting prowess, but it is Yang Mi, Wang Li Kun, Luo Jin and Mickey He that take the screen by storm.
Wang Li Kun as Shen'er is the epitome of a scheming beauty, while Luo Jin strikes us as the tragic Emperor, caught in a web of lies and murder. Yang Mi proves to the world that she can be a wonderful femme fatale (literally in this case), with a heart of pure gold, while Mickey He is perfect as the hot-headed, well-meaning General of Liu Heng's empire.
Dai Chunrong and Bai Shan, both veterans of the acting world, are stunning as Emperess Dowagers. I could rave on and on, but if you've heard of them, expect nothing less than their best. If you haven't, then you haven't quite experienced life yet and you need to watch them.

As good as the leads are, I think in this case, their supporting actors totally stole the show.

REWATCH VALUE:
I see no reason to really re-watch it or otherwise. It tends to be somewhat overwhelming, personally.

OVERALL:
A good drama to watch and definitely above average compared to its peers. If you enjoy historical dramas, a bit of eye candy, and a dash of romance; then this is definitely for you.