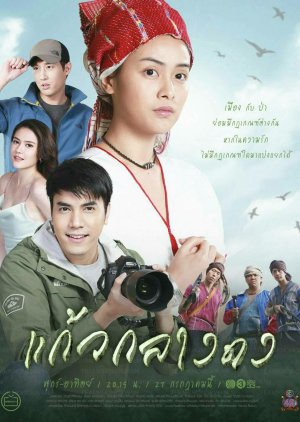 Songpao is a wealthy city guy that likes wildlife and outdoors. He is best friends with Mewadee's father, who lives in a small village in the forest. One day, Songpao goes into the forest to camp with Mewadee's father, who ends up being killed by a tiger. Before he dies, he asks Songpao to take his daughter to the city and take care of her. However, things don't go as planned because Songpao has a fiance named Wan, who is always picking on Mewadee behind his back, and it gets worse when Songpao falls for Mewadee. (Source: MyDramaList) Edit Translation 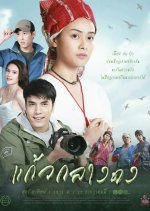 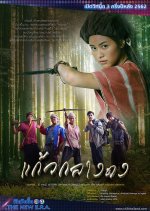 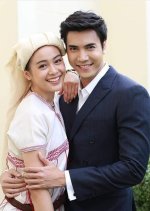 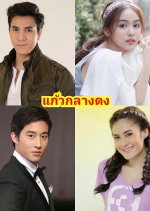 Completed
Yo0osammy
5 people found this review helpful
Other reviews by this user
0
Oct 16, 2019
14 of 14 episodes seen
Completed 0
Overall 10
Story 10
Acting/Cast 10
Music 10
Rewatch Value 10
This show is amazing. Shout out to Neko for those subs. An easy 1-2 day watch for sure.

A little confusing and slow at first but It's absolutely amazing in every way, shape and form and I'm not even over exaggerating that. I mean to each their own but let me tell you, the story starts off a little much because you're like "what's going on?" it's also a remake of many other remakes so you don't even know if it's going to be the same as all the other stories, but trust me, you will not be let down. I went from being like "eh" to laughing, crying and just going with the flow of this show. It really just made me feel some type of way.

The story is exactly what it is and more; it's not your average country girl and city guy fall in love, not at all. You've got your death, you've got your drug trafficking, a little bit of sex trafficking and I wouldn't say love triangle but it gets a little complicated between the characters. The main characters do end up falling in love but the story is not even based off of romance; so don't expect much in that area but the chemistry that Oom and Mai have together is amazing. You're gonna fall in love with the families from both the main characters and how understanding everyone is; even though the girl friend is a little frustrating; you're gonna love the bond between the friends as well. Even with all the plot twist and turns, you'll want to keep watching because there's so much going on but it's so greatly developed you really don't feel like you're missing out on anything.

The acting was wonderful, like huge ups to every single person. The side characters even just straight up felt like main characters and I've personally never seen anyone of these actors or actresses in shows but they played every single so right. With the main guy playing such a sweet guy, I'm definitely a sucker for shows where the guy is just nice through and through and doesn't lead anyone else on. He knows how to keep his distance and when to push as well. Female lead? AMAZING. Her acting was so funny and she played so well at being extra from going from the jungle to the city to learning how to just act right. The best friend? Wonderful man, he was really just the underdog and the girl best friend? For someone that was playing someone kind of evil, she wasn't bad at all. Everyone else? They did that.

The music? Dope. If you have apple music, you should download it; peep it though because it's so catchy.
Hak Kan (Let’s fall in love) by: Rueangrit Siriphanit
Bpen Pai Dai Mai (Is it Possible?) by: Tar Mr.Team & Lookwa Pijika

Rewatch value? 100/100. After I finish it, I feel like I should watch it all over again just to get that feeling. It's been a long time where I've just been hooked on a show and don't want it to end or stop but I also don't feel like I need to force myself because I'm sitting on edge. It was just good for a day off and then some. I even felt myself getting sad because I was like "what am I gonna do when this is over?" I still don't know what I'm going to do tbh. lol.

Overall? It was worth everything and anything if you love a good lakorn; which is rare because I've yet to watch such a mind blowing thai lakorn that really makes me go "omg" well, I have but just not one with this story line. It's the perfect amount of good acting, comedy, action and chemistry.

Completed
cascayew
2 people found this review helpful
Other reviews by this user
0
May 17, 2020
14 of 14 episodes seen
Completed 0
Overall 7.0
Story 8.0
Acting/Cast 8.5
Music 7.0
Rewatch Value 5.0
This review may contain spoilers
Let me start by saying that I didn't mean to watch this lakorn initially; I mixed this up with another lakorn I meant to watch (how could that happen right? Well it's been a long time since I last watched lakorns...). That being said I don't regret watching this. The first episode is kinda confusing as I thought this was a rom-com (and it is for the most part) but there was tragedy where the FL's father passed away. The way the FL and villagers reacted to it was kinda weird, but I rolled with it and ended up finishing the series. Here's what I think:

The story is standard where you have an FL from the jungle brought to the city by the ML, who swore to protect her after her father passed away. We see how he brings her there to learn and open her world more. Along the way there's some drug dealers that have been messing with her village and the ML's work life, and we see how all four leads work together to bring the head honcho down. I thought this was great, as it's been awhile since I've seen everyone work towards a common goal. It was especially great with the villagers; I loved the leader, the two bros and Fahlan haha. They added a lot of colour to the plot and it was great to see them care for the FL. You figure out who the bad guy is pretty early on, and he gets what he deserves in the end. So all in all, a cohesive story.

I liked the lead couple, Mdee and Pao. Mdee is a strong, spirited young lady who can sometimes be too stubborn for her own good. I liked that she wasn't afraid and took matters into her own hands instead of leaving things alone. Unfortunately she didn't do this where it mattered most; instead of believing in her love for Pao, she chose to go away because of their class difference. I guess I could understand, but come on, she had strong convictions the entire drama only to falter here. It was also awkward to see her look shocked or act awkward when Pao was being affectionate with her. I also wish Pao was more forthcoming with his feelings (when he realized them). However Pao's character was great; I really appreciated how he wanted to do things the right way and it was cute to see him confused on whether he loved Mdee like a daughter or lover. Both were cute together and I didn't oppose it (plus the staircase scene..hohoho).

The 2nd leads are where I have mixed feelings. I wasn't too happy to see the actor who played Jaet, as I didn't like him in KMSY. But actually he was a lot better here. He had good chemistry with Mdee and Wan, and was in general a good friend. Love-wise tho...he's a bit of a mess. I really didn't like how he tried to kiss Wan when he knew she wasn't interested in him (and she said no) and then went on to get angry at her for not comforting him when he had a hard time. Like, ok sir? He started to then crush on Mdee which is fine, but then flipped back to Wan after "actually" realizing her loved her all along. Wan was also a mess, but her backstory and character was more developed. She's been forced to live only by what her mom dictates and has developed inferiority and depression issues because of it. It doesn't excuse some of the bad things she did in the lakorn, but she does redeem herself in the end and becomes a better person with more self-love.

The theme song for this is pretty cute and catchy. The only thing I didn't like was the baby music they played when Mdee was thinking about Pao; I thought that was pretty cringy. Overall, this was a pretty easy watch and the romance is quite fluffy; while it's not exactly my cup of tea, I can appreciate it for what it is and would recommend you check this out.