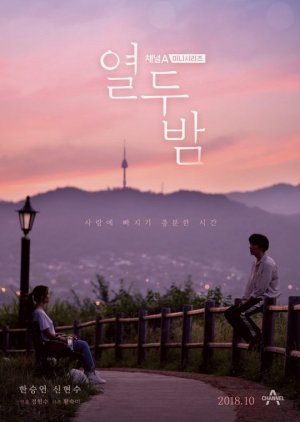 Is it just a coincidence, or is it fate? A man and a woman meet time and time again over the span of 8 years. Han Yoo Kyung is an aspiring photographer who graduated from college in New York. After a painful breakup from her boyfriend, she travels to Seoul. There, she meets Cha Hyun Oh, a man who aspires to be a dancer. He quit his job in Japan and took an impulsive trip to Korea for 4 days. After sharing some time together, they part ways. But not for long, as Yoo Kyung and Hyun Oh somehow keep encountering each other many times on three different trips and spend 12 nights together. Is there a special meaning behind each time they meet, and will all of this time spent with each other develop into more than an encounter? (Source: AJ at MyDramaList) Edit Translation 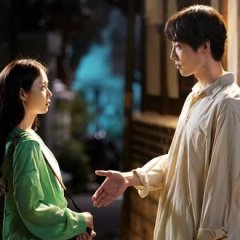 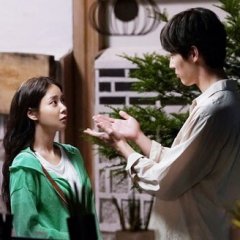 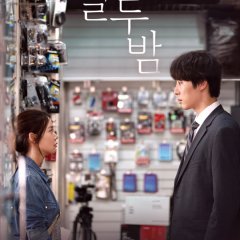 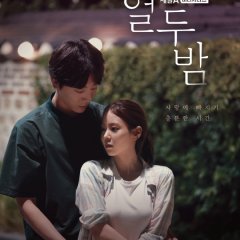 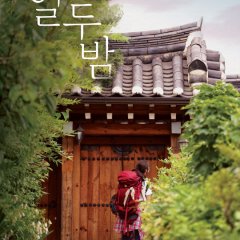 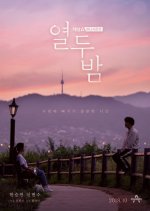 Write Review
Completed
Novy Meliana Laksanawati
4 people found this review helpful
Other reviews by this user
0
Dec 30, 2018
12 of 12 episodes seen
Completed 0
Overall 9.0
Story 9.0
Acting/Cast 9.5
Music 9.0
Rewatch Value 8.5
This review may contain spoilers
This drama sure have road like Cheese in The Trap with such ending but for this one I do know understand why the writer did like this.

First the story started with 2 person from diferent continent whose runaway from their shackled reality and tried their best to achive what they want; Han Yoo Kyung for her talent in Photography and Cha Hyunho in Temporare dance which make them met each other again after a long years. Others character have supplemented story like the Soldier and his besfriend's girlfriend which in the end they do truthfully share their feeling, the owner, his son and lover's, Yoo Kyung friend and manager Ban. The struggle with the life which make them runaway and the end they straight their life into the right path. The end just like the screenwriter to do a justice to Han and Cha to pursue their goals (Hyun-ho confrontation with his fiance shown he becomes mature to do what should he did in the past without using his illness and escape from fiance's father grasp; Yoo-kyung confidence and a knowledge of her own talent herself). A real love story which could happened, a very common average. The ending means for both of them started a new life with choices if they coincidentally met to pursue or just become a friend met when travel

The set all the details were same as that timeline, the bus model, phone and what I do amaze how they could gave us a perfect 100% Japanese 20's style. I really like it, the second looks and last looks did show us his maturity side. Shin Hyun-soo did a great job how he deliver his lines, the full energy and light voice 20's, grim and down 30's and an ill deeper mature adult male 33's. Somehow I do mistake him with Choi Daniel when only hear the voices. Han Sunghyeon hair style, fashion and attitude which brought her to potray Yoo-kyung hit the prescription of her character. I love their way to advert Seoul in this drama not too pushy but not too wishy-washy.

BGM and OST sure awesome just like garnish to the wonderful story. Just in some episode?? the audio did not clear and the feeling behind those line undelivered. Great cinematography, every episode have those subtle colours. Hyun-ho solo dance scenes and couple scene are so beautiful. All staffs and actors thank you for do the best when they battling w/ summer.

Btw Cha Hyunho last looks 100% with Fall in Love with Me, Aaron Yan (whatever the issues with gay I still love him).

Completed
Lavenderkills
2 people found this review helpful
Other reviews by this user
0
Dec 30, 2018
12 of 12 episodes seen
Completed 0
Overall 7.5
Story 7.5
Acting/Cast 8.0
Music 7.0
Rewatch Value 6.0
Twelve Nights was an interesting drama that really pulled me in with it's interesting yet simple plot. It was emotional in a very nostalgic way and I was really captivated by the simplicity.

The story itself was captivating and touching at times, I really saw myself sucked in around episode 3 or 4. At first I thought of it as a light drama but as the episodes go by you start to see the depth of the characters and their development through the years that go by. I thing the main thing that I really loved about this drama was how different the characters were, each character represented a different kind of desperation that people go through whether it's the struggle that one goes through to do what they love, the thought of giving up what one loves for an easier path in life, is escaping reality really an option, is this really fate and many other thoughts that we all go through at some point in life . At some point this drama stopped being a romance drama but more of a drama that I can relate to. It did have some boring parts which is unavoidable at some point but it still held my interest and I did get annoyed at some of the decisions hat were taken by the characters but thats the beauty of dramas. I wont say that I'm content with the ending but somehow trying my best to tell myself that I understand the meaning behind it, think that after watching dramas for too long I started to expect endings to be happy or at least give some hop but in real life such things don't happen.


I honestly can't praise the cast enough for this drama, I know that they aren't as famous but they did an amazing job and I was impressed at so many points throughout the drama. 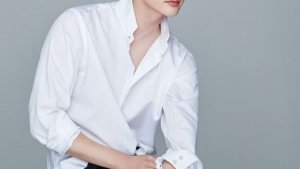 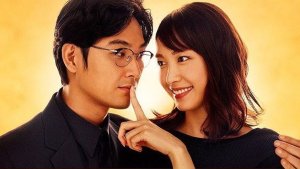