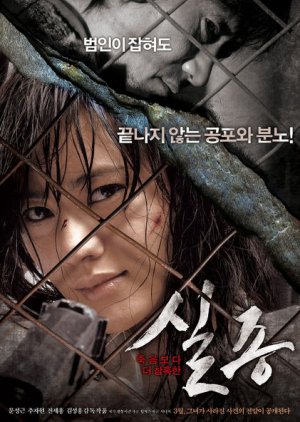 Hyeon-jeong's sister is missing and she fears for the worst. Via her sister's cellphone, Hyeon-jeong learns that her sister stayed in a countryside vaillage. She goes to the village to find her sister and stops at the local police station for help. Because of the little evidence she has, the police refuse to offer help. Hyeong-jeong then finds a witness who thinks she saw her missing sister near the home of an elderly man Pan-kon. When Hyeong-jeong eventually arrives at the elderly man's home, her worst nightmares are to begin. Edit Translation 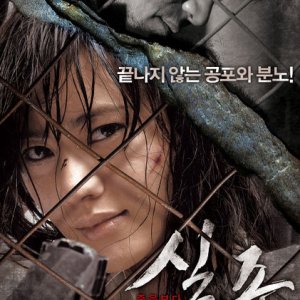 Completed
LanaDelAna
9 people found this review helpful
Other reviews by this user
0
Jul 10, 2013
Completed 0
Overall 9.0
Story 9.0
Acting/Cast 9.0
Music 6.0
Rewatch Value 3.0
On doing some follow up research this movie is based on a true story?! About a 70 year old South Korean fisherman who murdered four women between September & August of 2007 in Bosung, South Jeolla Province, South Korea. I... did not know that when I was watching it... *shudders*

I was in the mood for a scary flick and happened upon this. Not recently, but in the past year I had watched this movie called Gone with Amanda Seyfried. The story-lines sound almost identical. Younger sister gets taken, older sister goes to find her on her own because the police think she's crazy. So I was expecting a movie like that; some jump scenes, a little who-dun-it. What I got was a freaking intense, gory movie. The plot was great and the actors did a fantastic job. Obviously something like this where you already know what happens is hard to re-watch with the same effect. (Although I don't think I'd ever want to re-watch it anyway) because man was the killer sick and twisted. So if that sounds interesting, give it a go.

New Topic
Be the first to create a discussion for Missing