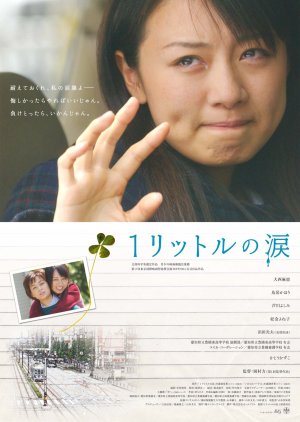 After the tears are shed, a new day begins... Adapted from the same-titled novel, 1 Litre of Tears is based on the true story about a girl's long fight with an incurable disease. A collection of her diary entries, chronicling her experiences and passion and perseverance for life, were published in 1986, and the book immediately became a bestseller. Her inspiring story was adapted into both a hit TV series starring Sawajiri Erika and a moving film directed by Okamura Riki. Promising new actress Asae Onishi stars as the film's tragic heroine, while Kazuko Kato portrays her supportive mother. Keep the tissue box near, as 1 Litre of Tears promises to touch the hearts of viewers with its tragic story and universal sentiments. One day on her way to school, middle school student Aya (Asae Onishi) suddenly falls to the ground. The doctor diagnoses her with spinocerebellar degeneration, a rare and incurable neurological disease. Entering high school, Aya's condition continues to worsen as physical movements become more difficult. Forced to attend a special boarding school, she nonetheless finds hope and happiness through the support of her new friends and family. Working hard, she completes her high school education and bravely begins a new stage in her life, despite her weak health and continuous trips to the hospital. Aya never gives up, living each day of her life to the fullest until the very end. Edit Translation 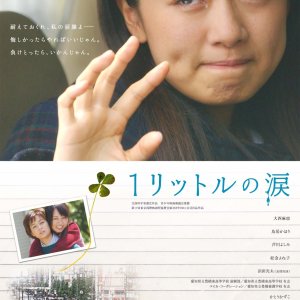 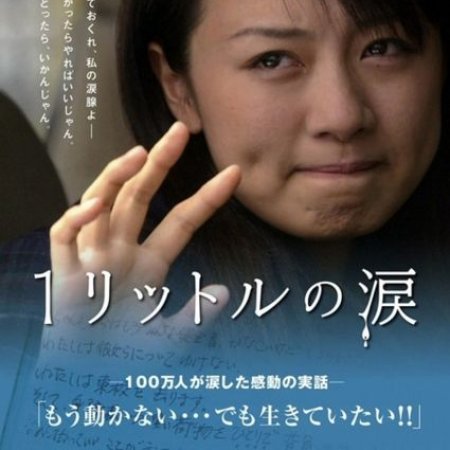 Completed
MonjaElisa
12 people found this review helpful
Other reviews by this user
0
Dec 8, 2011
Completed 0
Overall 10
Story 10
Acting/Cast 8.0
Music 8.0
Rewatch Value 5.0
1 litre of Tears is definately one of the saddest dramas I've ever been able to see. I picked up this movie after actually having watched the Drama.

Aya Kito is a japanese girl with a life like all others. Lately some changes has started happening around her everyday life. This movie is the 100% true story of a sick girl, Its based on the Diary of Aya Kito. The Movie was from a different perspective than the original drama as The drama was more added on too and held characters who weren't in the movie.

I Think the actors all did a pretty good job. Aside of my point of view where I Thought The Drama actors would be starring in the movie aswell.. They did a good job and managed to win me over. As for the music, It wasn't a music drama so it didn't really contain too much music. The Music that was there to be found, Were good though.. I gave the music an 8.

I really liked the movie for the atmosphere it has too it. The fact that the story is true only makes it all the more unbearable. Its a really good movie allthough the pace is slow at some points, I'll have to say I don't think the story could have been any better..

Its a good movie, Aswell as the drama is a must watch.

I'd recommend people who like more serious stories to watch this series.. The Movie might start of slow, But It will have you crying by the time you reach the storys end.

Completed
Go-To-The-Extreme
13 people found this review helpful
Other reviews by this user
0
Dec 22, 2011
Completed 0
Overall 10
Story 10
Acting/Cast 10
Music 9.0
Rewatch Value 8.0
1 liter of tears is an understatement to the amount I lost during this drama. The storyline will leave you in depression for a long while. Family values are engraved into your mind after watching this, even performing the simplest tasks will make you grateful for your health. The acting was beautiful. I don't have the heart to watch this again but it is worth watching once.
Was this review helpful to you?
View all