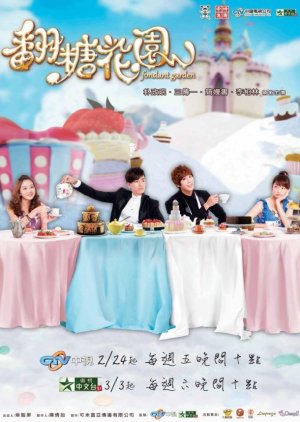 Po Xi Huan is a Taiwanese-Korean second-generation chaebol from a Korean company, who does not wish to inherit his family business. His Taiwanese cousin, Yen Han Xiang, would gladly take over the company, but he runs the family business division in Taiwan. Han Xiang is a little annoyed that younger cousin is uninterested in taking over the business yet might inherit over him. Xi Huan meets Mi En, a talented pastry chef who has caught the eye of Han Xiang and gradually falls in love with her. Chen Ai Lin is the daughter of the owner of a pastry conglomerate in Taiwan and also Mi En’s college best friend, who is in love with Han Xiang. Edit Translation 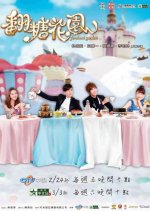 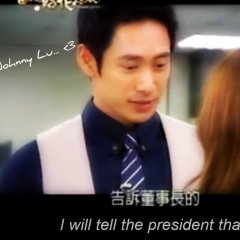 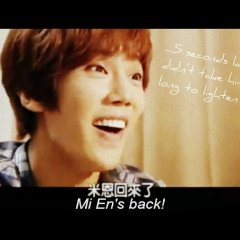 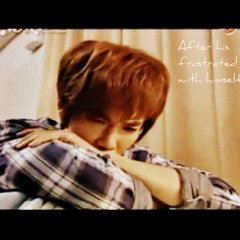 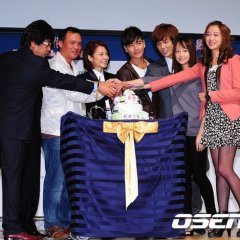 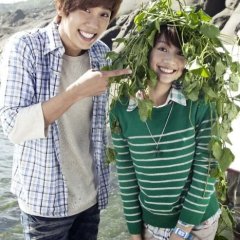 Completed
Danceinthesunlight
22 people found this review helpful
Other reviews by this user
0
Jun 11, 2012
16 of 16 episodes seen
Completed 0
Overall 10
Story 10
Acting/Cast 8.0
Music 10
Rewatch Value 10
This is the drama I have been waiting for my entire life! [so to speak, since I've only been watching them for half a year...] This drama's style fits my taste perfectly. It's the kind of drama that won't make you cry one bit yet still keep you interested. I had almost given up hope that such a drama exists until I came across this one. I used to think that no matter how funny or light an Asian show is, it will still get very serious and dramatic at one point, because it's unavoidable and all dramas must have heartbreaking moments. I was SO WRONG. There is ONE exception (that I know of so far) and that is called Fondant Garden.

I started watching it by accident, because I noticed Park Jung Min's name in the cast list. Since I'm an SS501 fan and I have a particular attachment to Jung Min... I started watching it JUST for him, but it wasn't long until I got hooked on the actual drama. Beware though, for the first few episodes you will have to put up with an overload of sweetness and some pretty bad acting from Jung Min. Since he was the only reason for watching at first, I didn't have high expectations at all and just wanted to see him, so of course I kept watching. But if you're not a crazy Jung Min fan and are easily turned off by overly sweet moments, don't drop the drama after the first few episodes! You won't know what you're missing! Jung Min's acting improves considerably over the next few episodes and they gradually lessen the sugar a little bit :P but you will probably get used to it anyway.

To sum it up in a few words, this show has a very sweet and comical kind of romance accentuated by the playful character of Jung Min, good chemistry between the leads, some amusing bits and even some controlled drama. With emphasis on CONTROLLED. It's truly controlled in this one. They don't go overboard with it. It's just enough to keep the story going. I admit I cried at one point during the show (exactly halfway through) but that was the most emotional bit of the entire drama. Nothing exceeds that intensity afterwards. What I particularly like about this one is that there's no evil witch interfering with the main leads! She's actually interfering in the wrong couple, the other side of the love triangle, which only pushes Mi En more towards Xi Huan (Jung Min), so in other words the evil witch in this show actually... somehow... helps the leads to get closer. Which would've been beyond my wildest dreams for Asian dramas *-*


I just can't keep it short, I'm sorry. I'm trying though... There's something else I need to add about it: it's a very soothing drama. I think that's the word that fits it best. More than it is romantic and more than it is humorous, it is soothing. I enjoyed every second of it. I was always eager to watch another episode knowing it will put me in a good mood, because I could expect nothing bad from it. It is that kind of light drama that you can actually connect to and get attached to without risking to stir up a tornado of emotions inside of you. I especially appreciate how they handled the ending. In all the dramas I've watched so far, the ending disappointed me, even if just a bit. But this show's ending was just perfect. I could not have asked for a better ending. And it's not just the ending actually, they managed to handle all the romantic moments brilliantly. Most of the time, dramas have a hard time portraying key moments like confessions, proposals, endings etc. Because for the sake of emphasising the romance and importance of the moment they end up diverting a bit too much from the characters' personality and make the moment overly-romantic and awkward. I'm happy to say Fondant Garden had absolutely no awkward moment like that. I'm very appreciative of the fact that they managed to make all the romantic moments and especially the ending, fit to their personalities.

Music: Very fitting for this drama's style. It complements the mood of every scene perfectly. There are a few songs that will forever be stuck in my head: The intro song, the one Jung Min sings (he's got a remarkable voice!) and So Good by Kimberly Chen which was my absolute favourite from the entire show.

Acting: As I said above, it is lacking in the beginning on Park Jung Min's character, but it gets a lot better as the show progresses. The rest of them impersonated their characters flawlessly. Though some may say Jian Man Shu wasn't very believable at first. To me she was ok, except on very few scenes, maybe.

Give this drama a go! You have nothing to lose. You will either fall in love with it or just end up not connecting to it if it's not your style. In any case, it's not a waste of time, at the very least there will be some sweet moments that will remain in your mind :)

Completed
yankumicho
16 people found this review helpful
Other reviews by this user
0
Jun 9, 2012
16 of 16 episodes seen
Completed 0
Overall 8.0
Story 7.0
Acting/Cast 7.0
Music 8.0
Rewatch Value 6.0
Fondant Garden was initially a early season pick up on a rainy weekend. What it turned out to be was quite different--a drama that I really enjoyed for its cute factor and for the most part, its story.

Park Jung Min is seriously adorable in this, so if you are a fan, you will enjoy him in Korean (for parts) and in Taiwanese (dubbed). He brings so much to the character of Han Ji/Pu Xi Huan. Even though this is a comedy, he brings a lot of cute expressions that make him that much funnier.

The music for this drama is fairly well done. The opening theme is very cute, and on film, the opening theme is probably one of the most creative and bright in dramaland. The dramatic moment song is also beautiful. Both songs will stick with you.

The story itself is rather light hearted, although there are elements of melo laced within. Like any rich boy/ not as well-off girl drama with brothers, there is also family drama. Those parts are harder to get through, particularly in the earlier episodes. The drama as a whole doesn't really pick up, in my opinion, until episode 5, but the first four episodes are important for story development (so don't skip them.)

Overall, I found in Fondant Garden a much better drama than I expected from the outset. For a pick up drama (not one I wanted to watch initially), I rank it up there. It certainly is one of my favorite Taiwanese dramas, at any rate.