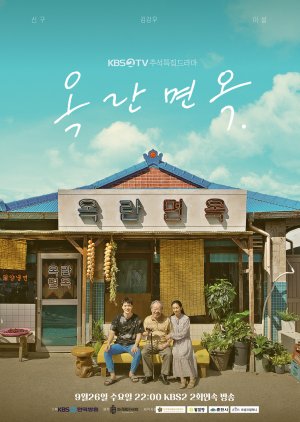 This is a comic human drama about Bong Gil who is forty, single and dying to move to Seoul and away from his 90-year-old father who's been making Pyeongyang Naengmyun for the past 70, lonely years. Edit Translation 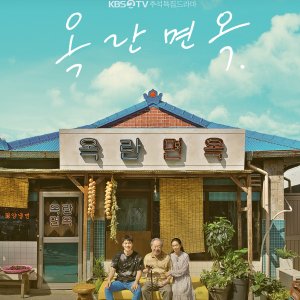 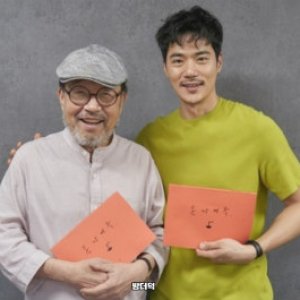 Completed
SUNNY
2 people found this review helpful
Other reviews by this user
0
Oct 22, 2018
2 of 2 episodes seen
Completed 0
Overall 8.5
Story 9.0
Acting/Cast 9.0
Music 8.0
Rewatch Value 8.5
This heartwarming 2 episode short story has more impact than some of the long dramas. It is definitely worth watching more than once.

Summary: A short and sweet drama with enough suspense and romance to make it worth watching. The set of well experienced cast members along with the good storyline created a solid drama with nothing lacking. Viewers that like the disheveled oppa version of Kim Kang Woo from the drama My Husband Oh Jak Doo will get to see a bit more of it here. 8.5/10

Cast: The cast is well seasoned with plenty of varied experiences. The male leads, actors Shin Goo as the father and Kim Kang Woo as his restless son, are perfectly paired for their respective roles so much so that one forgets they are acting out a drama. Their timing and delivery are in sync with each other. Kim Kang Woo sheds his modern Seoul smooth style and contemporary model looks to reprise the back country scruffy man similar to his role in My Husband Oh Jak Doo. They are matched against actress Lee Seol who provides a believable combination with the male leads. There are not many credits to her name. But, she definitely has the talent that will land her more lead roles

Story: The story moves very quickly being only 2 episodes. There were nothing lacking and it built up intensity to the end. Saying much more will spoil the drama. But, I was very satisfied with the ending.

Music/Sets/Costumes: These are all in line with the plot. The small family store setting could be anywhere in agricultural small town areas. They added to the story without being obtrusive.