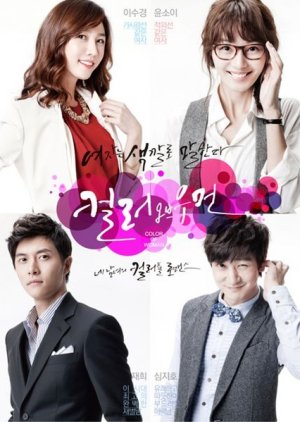 A drama that contrasts a woman who succeeds with knowledge and reason and a woman who weaponizes appearance and sensitivity. Byun So Ra comes from an ordinary background, but she works very hard. She is then betrayed by her boyfriend and her dreams of becoming a professor fails. Byun So-Ra then joins a cosmetics company and she also meets a rival with whom she clashes in this cosmetics company. Jae Hee will play the leading man, Yoon Joon Soo. His character is a good looking, smart, and talented chaebol, as he’s the head of this cosmetics company. Edit Translation 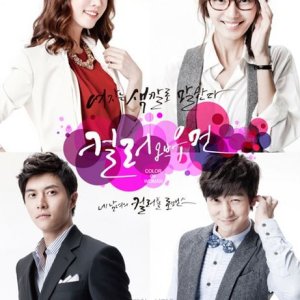 Completed
manicmuse
39 people found this review helpful
Other reviews by this user
0
Mar 8, 2012
20 of 20 episodes seen
Completed 0
Overall 5.0
Story 6.0
Acting/Cast 5.0
Music 8.0
Rewatch Value 4.0
If I had to describe this drama in one word I would use DISAPPOINTING. I watched the first four episodes, and became absolutely hooked. I thought Byun So Ra, and Yoon Joon Soo's romantic backstory was hilarious. I liked how Hwang Jin Joo, and Kang Chan Jin completed the dramas love square. The show was a lot of fun in the beginning, but it suddenly lost all of it's charm.

The main issue? There was zero romantic chemistry between any of the four lead characters. There seemed to be lots of sexual tension in the earlier episodes, but once it was time for more romantic scenes, they just fell flat. I understand that Yoon So Yi & Jae Hee were both playing socially awkward characters, but that doesn't mean that their relationship should come across as stiff. Yoon So Yi never showed any emotion, and it's hard to root for a emotionally repressed romantic lead. Jae Hee relied too much on making cute Johnny Depp-like faces, which often made me not take him seriously.

The rivals were often more interesting than the main leads. Lee Soo Kyung did a good job of playing a competitive rival, but I still never felt like she had any genuine feelings, just a bruised ego. She did play selfish perfectly, and I hated her character because of it. Shim Ji Ho was the only cast member who made me feel anything close to real emotion. I fell for the longing looks Kang Chan Jin would give to So-Ra. I wanted him to win the girl simply because he was the best actor of the bunch. Sometimes it felt like he was in a romantic drama all by himself. He definitely held the romantic part of the story together.

I think this drama didn't know how to find the right balance between romantic comedy, and office drama. The workers at L'aura were fun to watch, but they eventually took up way too much focus. I soon felt like I was watching the Korean version of "Ugly Betty". Jun Soo Kyung role was so cliché, and her scheming soon took over the whole show. All the romance was soon reduced to misunderstandings, missed opportunities, and stubborn characters making frustrating choices. The only redeeming original moments were with Park Sang Myun. I loved the randomness of his all knowing character. All the rest has been done before, and much better.

I reserved the highest marks for the music. No matter how bored I became, the music started to become a pep talk that kept me watching. I wish I could blame it all on waiting for translated subs, but If I had watched it marathon style I would have been tempted to skip through a lot of it. I might rewatch some of the cute earlier scenes again, but I wouldn't ever make it through all 20 episodes again.

My main goal for even finishing this was to see who So-Ra ends up with. The end is anticlimactic, and it fails at giving the grand romantic conclusion it was aiming for. I'd recommend asking someone, if you're curious, rather than sitting through the frustrating last two episodes. Then again, I would recommend skipping the whole thing.

This review is long, I know, but after sticking with this drama for so long I had to vent! : )

Dropped 20/20
Witchgirl247
24 people found this review helpful
Other reviews by this user
0
Dec 26, 2011
20 of 20 episodes seen
Dropped 0
Overall 8.0
Story 8.0
Acting/Cast 8.0
Music 9.0
Rewatch Value 8.0
This is a unknown show that seems to have low ratings. However I absolutely adore it. First of all it's Jae Hee's first drama after coming back from the army, which is absolutely exciting, and it has a really good storyline.
Story: The story is good and is told at a good pace. The only thing I don't like about it is the unnecessary amount of time spent on secondary plots. The two lead males are both adorable. I can't choose between the two at all. This show makes you want to root for both sides. The main female,So Ra, is the type you either hate and can't stand, or you root for all the way. She is the type of girl who works her ass off and doesn't really care what others think of her. I can relate to her well and I feel for her which is probably why I really like this drama while other don't. The second female, Jin Joo, can get annoying, she's the exact opposite of the main female, where all she cares about is her looks and getting married to a rich successful guy. She gets on my nerves but I also feel a level of understanding with her as well. The secondary plots were also interesting at first, but they then start to drag on for stupid reasons, when there is an easy solution in front of them. However, these scenes are quite funny so its watchable.
Acting/Cast: First of all JAE HEE! He is absolutely adorable with his different facial expressions. He plays his part well. Also the Shim Ji-ho is also really cute and I really feel for him and buy his character's one sided love for So Ra. The main actress who plays So Ra, Yoon So-yi, is always criticized. I have read many reviews where people say that they don't like her at all. But I think she plays her part really well. I think what people were referring to was the way her character acts. It may take some time, but by episode 3 you will start liking her character. The second female who plays Jin Joo, Lee Soo-kyung, also is believable in her acting. She may be a bit overdramatic but its not to the point where its unbearable. The secondary cast though can be overdramatic, but the main storyline is so good that I don't really mind.
Music: Oh man the music is really good. I don't really pay attention to the music, but this one kind of makes you. Whenever there is a scene with So Ra and Chan Jin (second lead), the music really makes you want to shout KISS HER KISS HER ALREADY!!! The main theme song is also really good and catchy.
Rewatch: Right now the show is still on air but I think I would definitely watch again when I'm in the mood for a good laugh and some good romance.
Overall: I like it but if they toned down on the secondary storylines a bit more then I would love it.

Give this drama a shot, it won't disappoint 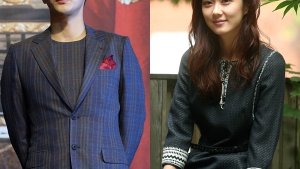