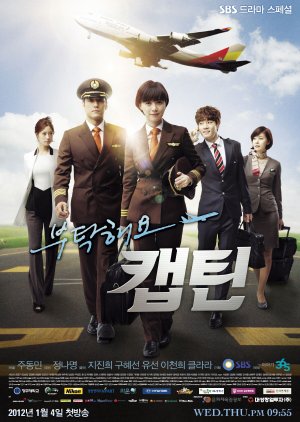 The drama began filming with location shoots in Australia and unfolds around the character growth, careers, and romances of those working at an airport. Kim Yoon Sung is the talented pilot of a passenger airline who gets saddled with a new co-pilot , Han Da Jin in her attempts to become a pilot. The pair gets caught in a love triangle with Kang Dong Soo who is an air traffic controller at Incheon International Airport with seven years of experience under his belt. He’s prickly and cool, but possesses a cute, playful side that sometimes crops up. Edit Translation

Where to Watch Take Care Of Us, Captain 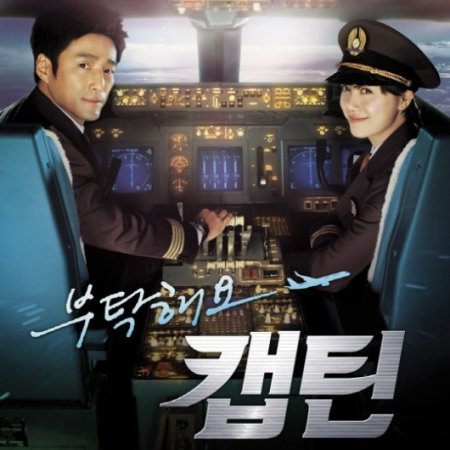 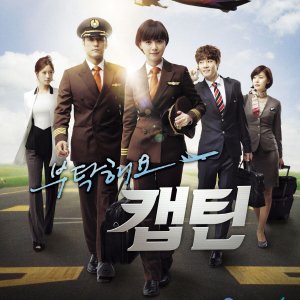 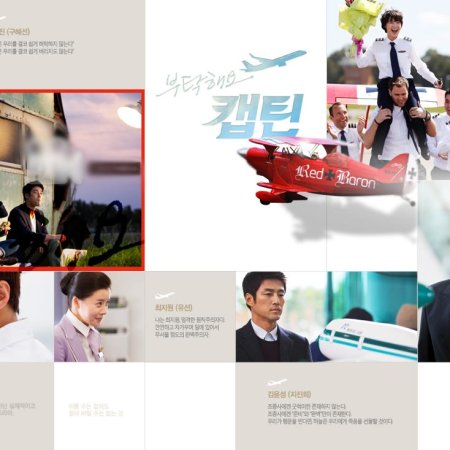 Completed
KdramaQueen89
11 people found this review helpful
Other reviews by this user
0
Mar 17, 2012
20 of 20 episodes seen
Completed 0
Overall 8.0
Story 9.0
Acting/Cast 9.0
Music 8.0
Rewatch Value 5.0
After watching The Musical I swore to myself I would never watch another drama Koo Hye Sun starred in. Well once TCOUC was announced I thought the premise was something I haven’t seen before and it was also on SBS (have been cranking out pretty awesome dramas lately) so I figured why not give the first episode a try to see if it’s any good. If the plot is any good I might be able to get past Koo Hye Sun’s one note acting…

Story- I was shocked from the very first episode! Some things happen that involve a few of our lead characters, which sets the course for the rest of the show. The first half of the episodes deal with KHS’s character learning to be a co pilot and our main pilot guy trying to tolerate her. In between there are a ton of guest characters who have arcs of their own written into the plot that make the episodes go by fast. Now once the half way mark comes around that’s when we start to see some romantic feelings develop. Next half of the series is lighter but towards the last few eps its gets pretty angsty and frustrating. The last episode ties up all the lose ends nicely=)

Acting/Cast- I really thought the acting by everyone except… Koo Hye Sun was perfect. They really played their roles well and made their characters seem real. There were villains and they made you hate them. I liked the guest characters and I enjoyed seeing their stories. Now Koo Hye Sun really didn’t do as awful as she did in The Musical but I think its kind of sad when 1. your leading man outshines you and 2. The secondary & third female lead outshines you. I also think the chemistry between the 2 leads wasn’t that strong.

Music- Good songs that fit the scenes well but nothing I’m interested in listening to outside the show.

Rewatch- I personally couldn’t watch this again just because I like watching dramas where the leads have a strong romantic chemistry. I’m sure someone else might find this rewatchable though.

Overall TCOUC is good for a one-time watch but I think it would’ve been more enjoyable if a different actress that I could take seriously would have been casted as the female lead.

Completed
kdramamad
7 people found this review helpful
Other reviews by this user
0
Apr 4, 2012
20 of 20 episodes seen
Completed 0
Overall 10
Story 10
Acting/Cast 10
Music 8.0
Rewatch Value 10
I disagree abut hoo kye sun, I think she's a wonderful actress. I loved her in boys over flowers and the musical. When i first saw this on her profile (if you like)I thought it was different and normally i don't really like things with airplanes but decided to give it go cause she was in it. Well first few episodes was amazing it really set the story up nicely lots of twists and turns. Characters you hate and like. Love, hate lies all in a airport setting. I thought the acting was outstanding for all the actors even the guest parts. The storyline was so riveting it has you capture from the very first episode. The music was pretty good too and I would defently watch it again. I was disappointed with the ending but i suppose a happy one is better then nothing xD

I defently recommend this if you have not seen it !

New Topic
Be the first to create a discussion for Take Care Of Us, Captain