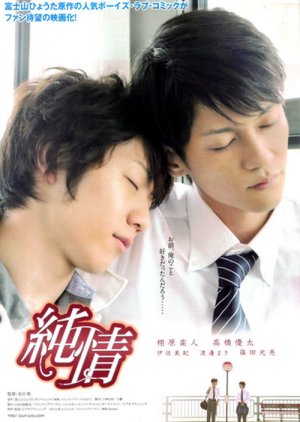 Tozaki (Rakuto Tochihara), who works as a writer, meets by chance his first high school crush Kurata (Yuta Takahashi) while working on an assignment. The pair later go out for drinks with Tozaki confessing his old feelings for Kurata... Edit Translation 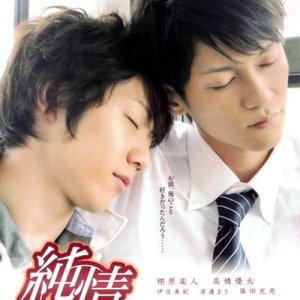 Completed
mangokid
16 people found this review helpful
Other reviews by this user
1
May 6, 2013
Completed 1
Overall 7.0
Story 9.0
Acting/Cast 8.0
Music 8.0
Rewatch Value 9.0
In my full honest opinion as this has been the first asian movie I've watched where it was focused on gays - and I was not disappointed one bit. However, not being a reader of the original manga I have nothing to compare too and I don't think comparing it would be necessary.

The storyline was very cheesy I must admit, however there are parts where you're at the edge of your seat biting your nails because you're so anxious of what's going to happen next, or the parts where you just melt because the cuteness of the two main characters. A plot like that is definitely one of the best.

Acting was sort of an okay for me, nothing too special, but not horrible either. I watched it mainly for Tochihara and wasn't disappointed with what acting I saw from him. Tochihara and Takahashi's acting lead me to believe that they really were a couple, which is outstanding nonetheless. You could feel the chemistry from both actors.

The soundtrack was beautiful especially the ending song, junjou by aotsuki. Overall, I'd recommend this movie to anyone who loves a nice love story. It was highly enjoyable and I've said it about 100 times already but extremely cute.

My disappointment could be partly due to the fact that I didn't find the stars attractive. But maybe worse, they also didn't have much chemistry. Chemistry can make up for a low budget and a weak script, but with no chemistry it's hard to keep watching.

As in the manga, the characters have really stereotypical seme/uke personalities. The seme is typically emotionally restrained and domineering. Maybe with a better actor and more chemistry, I could have overlooked his major personality defects. But instead I just ended the movie finding him really annoying.

New Topic
Be the first to create a discussion for Junjou