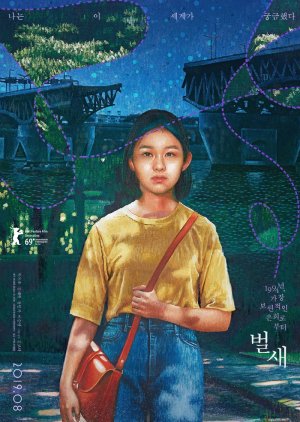 In 1994, Eun Hee, 14 years of age, is the runt of three children, sibling to a delinquent middle sister and an overachieving but violent elder brother. Her parents run a small rice cake store and provide little parenting to their children as they constantly quarrel in front of them. Eun Hee dates a local boy and gets up to mischief with her best friend Ji Sook until she becomes spellbound by her new Chinese character teacher, Young Ji. As Eun Hee deals with the people and pressures around her, summer wears on with several major news events happening in the background, including the world cup, the death of North Korean leader Kim Il Sung and the collapse of the Seongsu bridge. (Source: IMDb) Edit Translation 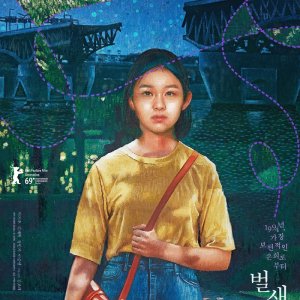 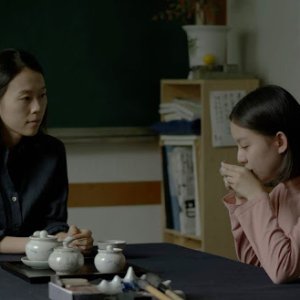 Completed
tenebracas
1 people found this review helpful
Other reviews by this user
0
Jan 19, 2020
Completed 0
Overall 10
Story 9.5
Acting/Cast 10
Music 9.0
Rewatch Value 9.0
This review may contain spoilers
I'm neither a movie person nor am I experienced in writing reviews. But I got a chance to watch this movie in Seoul today with English subtitles and really came to like it a lot, so I want to give it a try while the impressions are still fresh.

I went into the film not really knowing what it was about but being somewhat curious, since it's critically acclaimed and was received very positively here in Korea. It's even said that there were people who watched it over hundred times because they liked it so much!

To break it down, the film is about a young girl - Eunhee - living in Seoul in 1994, struggling with all kinds of problems that come with human relationships. She is the youngest of three, growing up in a somewhat disfunctional but probably quite typical family - fighting parents, a brother that hits her, a rebellious sister, who secretly dates and stays out the night against her parent's will. Eunhee rather draws manga than to study hard like her parents want her to, she has to confront unreliable friends and lovers, and overall is trying to find out how she is supposed to live her life, apart from the expectations that society confronts her with. The focus always stays on Eunhee. She is the person leading us through the year 1994.

The big reason I liked this movie so much is because I related deeply to the protagonist Eunhee. Of course a lot of things happen to her that I never experienced - some things are quite Korea-specific, for example. But then there also more universal struggles Eunhee has to face to which probably many young girls can relate to: the overall feeling of being a little lost, discovering the flaws and struggles of the people around her, learning to stand up for herself, trying to find people that accept and love her for who she is opposed to all the indifference and criticism that she grew up in, and of course fighting parents and annoying siblings.

One part that really hit home for me was when Eunhee one evening witnesses her the parents fighting, blaming each other for the misery of their children, with everything ending in violence and tears. Then, at the next day, she finds them both sitting in front of the TV in daylight, laughing together at the same jokes, as if never anything happened. Eunhee just looks at them, with a certain numbness in her expression.

Another thing the movie nailed was the multi-layered depiction of the characters close to Eunhee. The mother, father and brother all had scenes where they said something bad that made you hate them in this moment. But, at another point, you learn that even though they are wrong in many things, they after all care deeply about the two young girls in the family - even though they can't express it properly. It's not an excuse, they say and do things that are plain wrong, but you come to realize that they, like all of us, simply are imperfect humans, after all.

The movie was filmed beautifully, with the camera sometimes resting on a particular point, in order to really capture the atmosphere of the moment. A little artsy, but never over the top, just enough to deepen the impression. For the acting, I didn't discover any awkwardness. It was flawless for me (but I'm really no expert here).

If I had to criticize anything, it would the small plotline about Eunhees romantic relationship to another girl. The other girl was really sweet and the relationship cute, but it ends very abruptly in a way that made the audience go "Huh?" (- Eunhee: But didn't you say you like me? - Other girl: But ... that was last semester). Maybe they didn't had a better idea how to wrap this up.

The review is already long as it is, but I have to say it again. It was wonderful to have a movie with a protagonist that you can relate to. The movie industry is still heavily men-dominated (in Korea just like in the US), so they naturally like to tell stories about other fellow men. Meanwhile little girls are normally deemed not interesting enough to tell stories about them - especially not the quiet, struggling ones. Here I finally had a story in which I could discover some parts of myself in. I think this is why "House of Hummingbird" touched me so deeply. 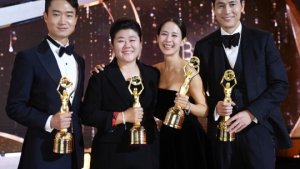