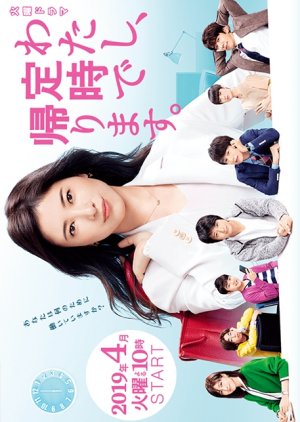 Higashiyama Yui works as a director at Net Heroes, a web production company. Due to her workaholic father and bad experiences in the past, she loathes working overtime. Even 2 years ago, she broke off her engagement to Taneda Kotaro because he was a workaholic. At her job, Higashiyama Yui always leaves at the end of the regular working day and never works overtime. She tries to be as efficient as possible and productive during her normal working hours. After she leaves her office, Higashiyama Yui normally drinks beer at her regular Chinese restaurant. Her peaceful days begin to change after a new department head arrives at work. Edit Translation 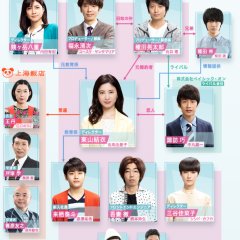 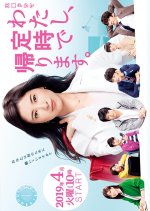 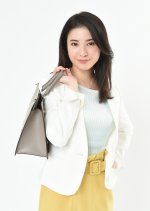 Completed
Luly
3 people found this review helpful
Other reviews by this user
0
Oct 28, 2019
10 of 10 episodes seen
Completed 0
Overall 8.0
Story 8.0
Acting/Cast 9.0
Music 7.5
Rewatch Value 7.0
This one was nice. Not mind-blowingly surprising, but it was good, interesting and engaging to watch.

It’s one of those dramas that have the structure in which a lead has a specific standpoint in life so, in every episode, they get to influence positively a member of the cast in escalating difficulty to deal with; like Mother Game, Kirawareru Yuuki, etc.

In this case, the setting is a company workplace, specifically of web design and maintenance, and as you can probably guess there’s room for a lot of comparisons between how people used to work and how people work nowadays. There are about 3 or 4 generations of employees depicted in the drama, and the differences between work ethics are interesting to watch.

Thankfully, this is not like HOPE, where the aim was to wax poetic about an older working practice, here every perspective is explored and ultimately the drama focuses on people’s wellbeing and the exploration of why Japanese society is so work-focused, to the detriment of people’s health at times.

The cast of characters is interesting, although there wasn’t enough room in the drama for all of them to be as showcased as they could have been. Normally, in these types of dramas there isn’t a romantic aspect underlying and if there is, it’s very minor, so that the plot can focus on the characters and their development. This one, though, has a sort of love triangle happening, which isn’t developed enough to consider it the main element of the drama, but it isn’t minor enough to not take a part of the plot.

The handle of that "romantic" aspect, if we can call it that, wasn't the best. Some decisions seemed to come out of nowhere and some plot devices used to further it along seemed rushed, which may have to do with the inability to adapt everything from the source material in 10 episodes. I don’t really care much about romance, so it isn’t a problem for me, but I felt that some decisions regarding the male characters and their actions lacked background information and seemed underdeveloped, in a narrative sense.

Yuriko Yoshitaka does a very good job as the lead, in a role that could have really influenced the whole thing negatively had the actress not been good or had they chosen someone who has a type-cast and would influence the audience’s perception easily. She really carries through the energy of the drama and works very well with her whole cast.

My favorite scene, acting wise, goes to Dori Sakurada, Yuuki Izumizawa and Yuriko Yoshitaka , their scene disclosing Shu’s past and Kurusu’s present was my favorite in the drama.

Overall, this one was good. It touches on heavy subjects at times, but never loses its hopeful spirit and does leave you with a good message and the idea that working expectations are changing and should be revised. That things regarding work don’t just have to do with obligation and money, but with an overlying cultural education and social construct around it, which applies differently to everyone.

Completed
rheabiel
1 people found this review helpful
Other reviews by this user
0
Sep 16, 2019
10 of 10 episodes seen
Completed 0
Overall 8.5
Story 8.5
Acting/Cast 10
Music 10
Rewatch Value 8.0
I loved it. I have only watched a few Jdramas this year and so far this one is my favorite. I liked the plot, the over-all story and set-up was refreshing to me. The show tackles reality and societal problems particularly in workplace settings. The drama, though was more of an work environment focus, yet not a single episode bore me. It was also exhilarating to watch a show wherein two leads have great chemistry. I'm a fan of Mukai but I admit I haven't been watching most of his recent works - its not my cup of tea. This drama renewed my interest in him as an actor. And Yoshitaka is being a great actress here. I liked her since Tokyo Tarareba Musume but her acting really stands out in this show - she is very detailed in her expressions and body language here. No wonder she was awarded the best actress trophy for this. She proved to me that one doesn't need to cry heavily and star in a mega dramatic drama to showcase their acting chops. She's pretty and cute everytime she smiles. And each time she drinks a beer, I also feel like drinking some, lol.

But to be honest, I signed up for the drama because of the possible romance between Mukai and Yoshitaka. And since romance isn't the main theme of the show, its understandable that they are only showing little interactions/moments but hey, for me it was enough. I've got the ending I wanted and I'm happy. So if you're planning to watch this how, always remember this is not a Korean drama. They don't do a detour here - they lived up to the title of the drama from start to finish. They go straight to the point and what you see is what you get. No scheming and overly crying, so for those who are spoiled by the usual korean drama shenanigans, then this ain't for you.

Though I'm screaming for "I want more romance", I still thoroughly enjoyed the show. And since I love the whole casts particularly the main leads, I am being generous with my ratings.

BTW, The show also has a great soundtrack. I love love the song "Ambitious" by Superfly. The lyrics of the song is also fitting with the drama. These are my favorite lines of the song:

"I don't like now, But I'm living right now.
The future that one can easily reach won't be that easy.
Stop worrying about it, Tomorrow you'll still get up again.
Never let go of what you're longing for
You attractive adults"

"I don't like dreams, please don't hurry me.
Never give up what you are longing for,
Its so hard for you adults".

New Topic
Be the first to create a discussion for Watashi, Teiji de Kaerimasu