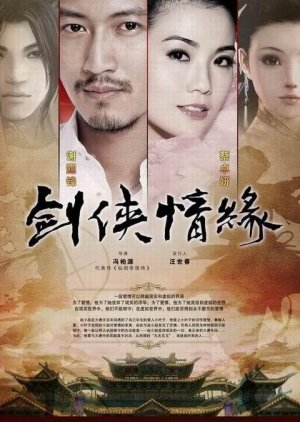 The Legend of Swordman" is an adaptation of an online game, it is about how in 2030 one of the three recognized swordsmen of the online world, Zhao Xiao Zhao (played by Kenny Kwan), makes a copy of the sensor and successfully enters the game in order to challenge experienced player Ye Fan (played by Nicholas Tse) to reach his goal of ruling the gaming world. Zhao Xiao Zhao's girlfriend Ye Jing Yi (played by Wu Ya Qiao), Ye Fan's girlfriend Ning Xin (played by Charlene Choi) are dragged into it. After their consciousness enters the Tang dynasty in the game, the path to go back to the future is blocked by a mysterious person, the memories of the gamers are blocked, a plan to take control the whole world is partially revealed, they are all dragged into the struggle to become the leader of the Wu Lin. Nicholas and Charlene play fiancees in modern day, but the two are separated by time and space and cannot stay together. Nicholas Tse has no choice but to give up his reality, enter the Tang dynasty years, duel with experts at every step of the way, in order to obtain the "Nine Day Mysterious Jade," and reunite with his fiancee. Charlene acts as Nicholas Tse's sweetheart, and as the Tang dynasty's gentle and soft number one beauty. Afterwards, due to a misunderstanding that arises with Ye Fan, she accidentally becomes a member of an evil cult, masters of a unique martial arts. But deep in her heart, she still loves Ye Fan. Edit Translation 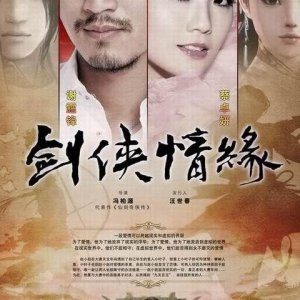